Hosts Michaela Strachan and Chris Packman were back this evening for another edition of Springwatch, and viewers couldn’t help but laugh after a naughty innuendo.

Chris was treating Michaela to footage of nesting birds Slavonian Grebes, but initially Michaela was underwhelmed as she was shown a picture of the bird in its winter plumage.

However, Chris then pointed out that they were in the area of Scotland where these birds go to breed in the summertime.

Describing the birds, Chris explained: “And they go through a remarkable transformation, a metamorphosis into one of the world’s most beautiful birds.”

Impressed, Michaela exclaimed: “Look at that! What an extraordinary bird, you know it actually look like a character from Doctor Who with some sort of helmet on.”

Agreeing, Michaela’s co-host remarked: “Look at those wonderful golden tuffs that come out.”

As the duo showed footage of a mating pair building a nest close to where Springwatch was being filmed, Michaela let slip an innuendo.

After they watched the birds mate, Michaela said: “Look how pleased he looks with himself, his helmet is erect and he is a chuffed grebe.”

Viewers watching at home were quick to comment on the naughty innuendo.

One fan wrote: “Michaela sweetie, I love your enthusiasm on #springwatch about grebes but you really must be careful saying things like ‘his helmet is erect’ on the BBC lol!” 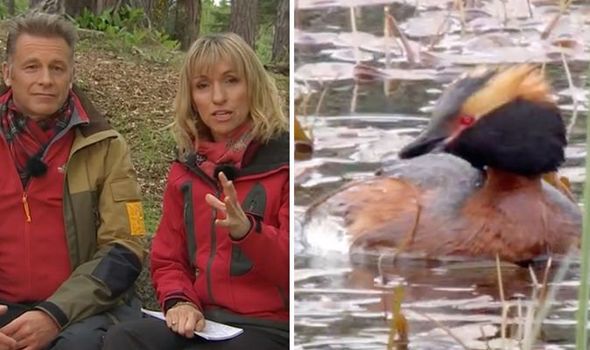 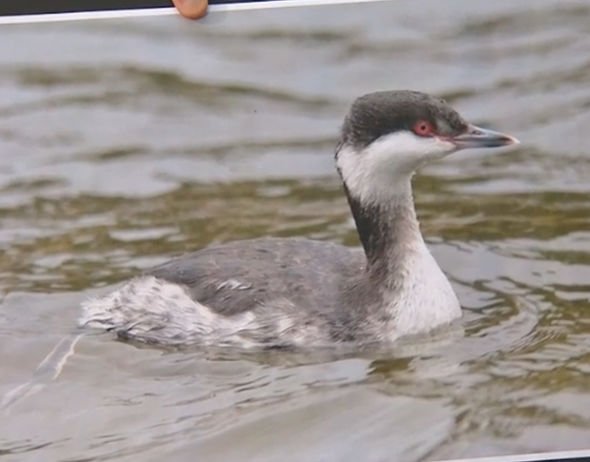 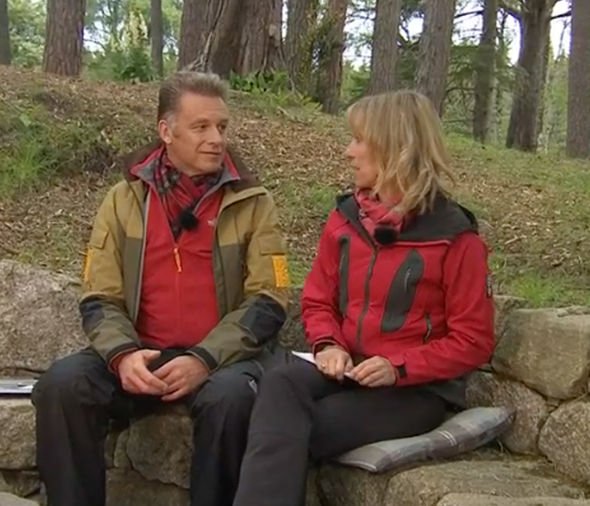 Meanwhile, Michaela opened up on her onscreen chemistry with co-host Chris.

“I really enjoy working with Chris. It’s so easy.

“We think on the same page as each other, we know each other’s strengths and weaknesses and we support and respect each other. We have a good laugh.”

“And knowing someone for such a long time means you can take the mickey out of each other too.

“That’s so difficult if you haven’t, as you don’t want to offend anyone! Chris and I never offend each other. We relentlessly take the mickey sometimes but it never offends.”