Line of Duty: Steve Arnott is called for a drugs test

AC-12s three main faces have always been Superintendent Ted Hastings (played by Adrian Dunbar), DI Kate Fleming (Vicky McClure) and DI Steve Arnott (Martin Compston). As the main trio of Line of Duty since the first series, they have led the investigations into the Organised Crime Group (OCG) and uncovered several corrupt officers. But is it possible that Steve himself could be involved?

One Reddit user explained a plausible theory surrounding Steve – that he’s in fact part of the OCG.

The fan said they believed Philip Osborne (Owen Teale) would be revealed as H, but that Steve would be an unexpected twist.

They said: “My theory is Steve has been in cahoots with Osbourne the whole time.

“What if the failed anti-terrorism operation at the beginning of season 1 was simply a way of planting Steve within AC-12, with Osbourne having Steve tell the truth in regards to the operation, against the fabricated stories of his colleagues, to win the trust of Hastings.” 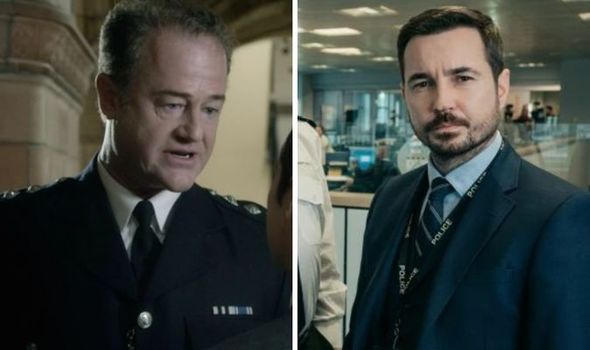 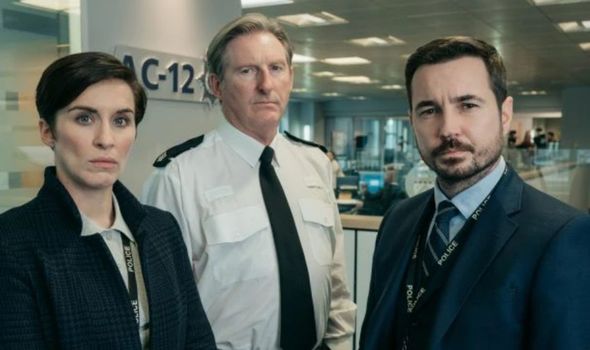 They went on to speculate that Steve’s questionable actions throughout the series, such as sleeping with Lindsay Denton (Keeley Hawes) and co-operating with John Corbett (Steven Graham), despite his hatred of Hastings and more, could have been a deliberate scheme to discredit AC-12.

The Reddit post concluded: “The one piece that doesn’t fit is Balaclava man attacking Steve in season 4, but as Davidson said, the OCGs after the death of Tommy Hunter became fragmented, and perhaps Steve’s OCG links are unknown to other OCG members such as the Huntley office Balaclava man and Dot.”

Could Steve really be leading a double life, hidden from viewers all this time?

Currently, Osbourne is the favourite prediction among fans to be exposed as H. 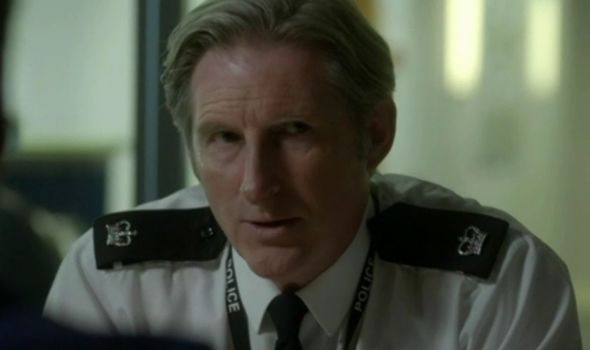 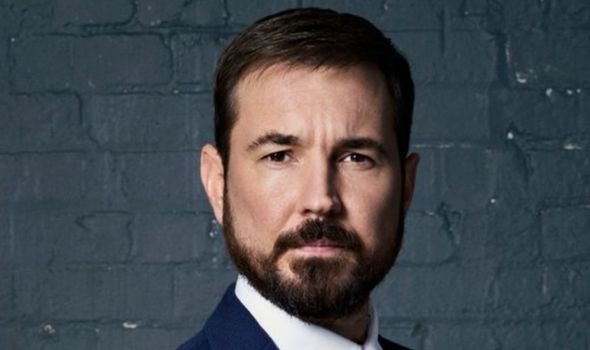 Osbourne was the Chief Constable of Central Police who was introduced in the first series of the police drama.

His first appearance showed him to be a suspicious character as he told his team to lie in court after the unlawful shooting of suspect Karim Ali.

More recently, he has returned to episodes in a more senior role, refusing to answer Gail Vella’s (Andi Osho) questions about the police force before she was murdered.

Steve refused to be a part of the cover-up that followed the police shooting and was forced to leave the team.

The end of series one informed viewers Steve had testified against his former team, but no charges were made against Osbourne or anyone else in relation to Karim’s death.

Osbourne is definitely a strong contender as H, but there are also many other names in the mix such as Patricia Carmichael (Anna Maxwell Martin), Marcus Thurwell (James Nesbitt) and more.

But although the main trio have all raised questions over their own characters in the past, most people wouldn’t suspect them as being involved in attempts to sabotage AC-12.

However, with Hastings most often thought to be the one who could potentially be the “secret baddie” of the group, will writers throw a spanner in the works and unveil Steve as a bent copper?

Responding to the theory, other fans gave their view on Steve as a potential OCG member.

One wrote: “I think I would be a bit p***ed if Ted, Kate or Steve ended up bent. All 3 have spent years fighting against the OCG.”

A second echoed this view adding: “I don’t think so, I just can’t see Steve nor Kate as bent. Not after all they’ve done these last 6 seasons. Sure there are some questionable moments but I just don’t see a chance as to why Steve would be bent.”

“Nah Steve is literally the audience point of view throughout the series. He’s not a Caddy. Steve tries to set up Osbourne without anyone’s knowledge,” a third said.

Luckily, eager fans don’t have too long to wait now, and hopefully all the mysteries will be solved in Sunday’s episode.

Line of Duty is available to watch on BBC iPlayer.