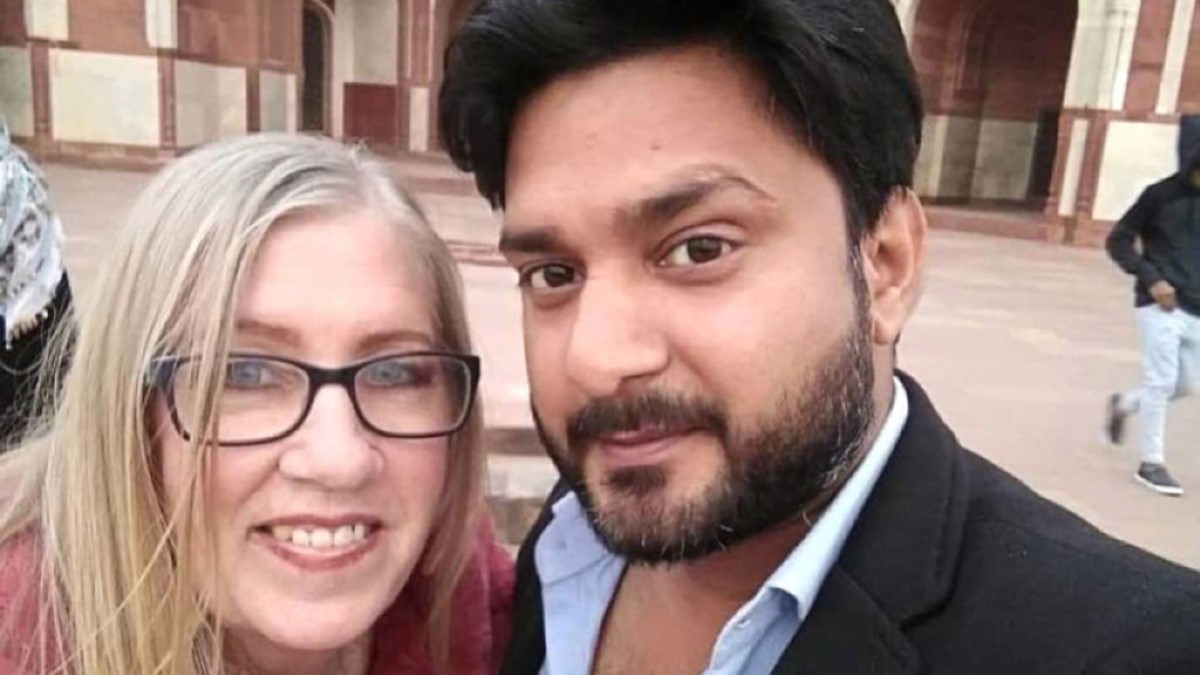 Jenny and Sumit continued to work on getting married as the 61-year-old American spent time with her 32-year-old love in India.

When 90 Day Fiance: The Other Way Season 2 resumed on October 11 on TLC, Jenny had moved to Delhi for the second time.

Finally with each other after being apart for nearly three years, the couple planned to do their best so they would be able to stay together forever. That meant the two would need to get married.

This was the goal even though Sumit’s mom Sahna made it clear that she refused to accept Jenny as her daughter-in-law.

In fact, upon meeting Jenny in 2013 during her initial time in their country, Samir’s parents believed she was merely a long-distance friend who wanted to make a short visit to their home in South Asia.

And she did – for four months.

After a while, it dawned on Sumit’s dad Anil that the two were more than just buddies. In fact, he discovered his much younger son was sleeping in the same bed as their elderly American guest.

This realization came as a shock to both parents on 90 Day Fiance: The Other Way.

But Jenny and Samir did not let that detail come between them. Until they reunited, they kept in touch on the internet, making plans to live together with the idea of getting hitched.

"I was the one who was suffering."💔 Difficult conversations are often the most important to have. #90DayFiance

Sumit’s arranged marriage did not work

In order to marry Jenny, Sumit needed to divorce the wife he had taken via an arranged marriage. That union did not work, to say the least.

Actually, the reality star’s first marriage was initiated because his mom thought the pairing would be good for her son. He had hoped she would feel the same way about Jenny becoming his second wife.

Sadly, that did not seem to be an option as far as Sahna was concerned.

“She is not with us. If she was younger, I’d have happily accepted her into my home,” she told Sumit during a discussion about this serious matter.

Then, Anil said his piece.

“The age of Jenny is, I think, more than double your age. Within the Indian society, these things are not acceptable.”

Upon that suggestion, Sumit raised his voice in anger.

“… you are so obsessed with what random people in the society are saying,” he retorted on camera for 90 Day Fiance: The Other Way.

During the tense sit-down, Sumit talked about being severely depressed because of this way of thinking.

“…I was the one who was suffering. I told you three times that I wanted to commit suicide,” he remarked.

“I am your son. I’m getting true love with Jenny. You are asking me to choose between you two.”

And then he begged, “Why can’t I choose both?”

Apparently, that question was not going to be answered the way Samir hoped. The age discrepancy between the 90 Day Fiance star and the woman he picked to be his second wife was not going to fly with his parents.

Or so it seemed.

They did acquiesce a little, saying they would try to find a way to reassess the situation.

Would Samir’s parents give him their blessing to marry Jenny?

But if that change of mind does not come to pass?

Then the marriage between Samir and his American sweetheart will remain in jeopardy.

Not only that, but Jenny’s relocation to India could end soon. If Samir and Jenny don’t get married and if her visa to visit India runs out, she will be forced to return to the United States.

But will that actually happen to the 90 Day Fiance: The Other Way couple? Or, will the couple ultimately exchange vows in time for Jenny to stay with her Indian lover in his country far away from her own while enjoying wedded bliss?

END_OF_DOCUMENT_TOKEN_TO_BE_REPLACED

END_OF_DOCUMENT_TOKEN_TO_BE_REPLACED
Recent Posts
We and our partners use cookies on this site to improve our service, perform analytics, personalize advertising, measure advertising performance, and remember website preferences.Ok