Tim Lovejoy and Simon Rimmer were back today on Sunday Brunch and they were joined by the likes of Kimberly Walsh and James May. But, the show was thrown into chaos when chef Josh Katz made a “smutty” comment and Simon was forced to move the show along.

“Where are you cooking for us today?” Simon said.

Josh explained: “I am in my kitchen in Shawarma Bar in East London.”

Simon was thrilled and explained Josh’s restaurant was one of his absolute favourites. 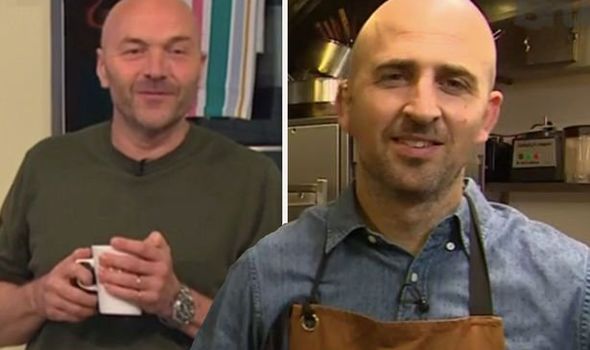 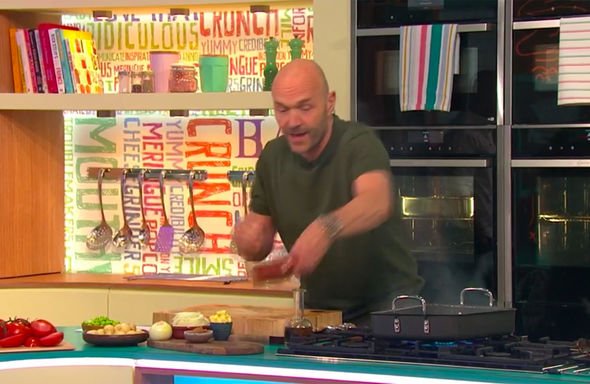 Josh added: “We really miss not having you in Simon!”

“What’s interesting is the way we are seeing the kitchen there,” Simon noticed.

“We can’t actually see the scale of how tightly packed your setup is there cause it’s a really small unit and you really are on top of each other.” 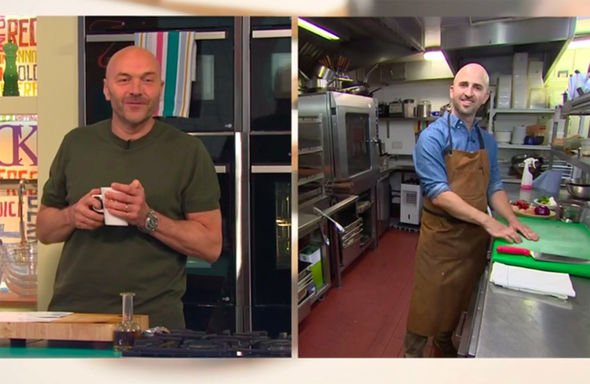 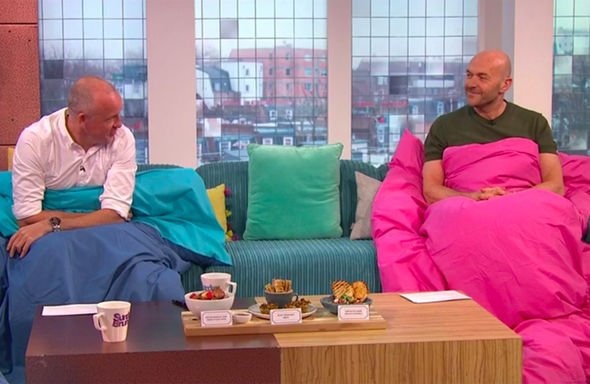 “It’s not everything as they say,” Josh added as he got his ingredients together.

Simon stepped in and tried to move the conversation on quickly though.

The host said: “Let’s move away from this smutty conversation, what are you cooking?”

But, it was a tricky morning for Josh and as he cooked his dish he worried he didn’t actually have enough time to finish it for Simon.

Simon continued to give him a countdown as to how long he had left.

CAN’T SEE THE POLL BELOW? CLICK HERE TO OPEN IN YOUR BROWSER

“It was our chat earlier Simon. The time got away from me.”

With just moments to spare though, Josh’s eggs finished cooking and all was not lost.

But, Josh was able to show the viewers his shakshuka with avocados, peppers and tomato just before the show was taken to a break.

Sunday Brunch airs on Channel 4 every Sunday at 9.30am.

END_OF_DOCUMENT_TOKEN_TO_BE_REPLACED

END_OF_DOCUMENT_TOKEN_TO_BE_REPLACED
Recent Posts
We and our partners use cookies on this site to improve our service, perform analytics, personalize advertising, measure advertising performance, and remember website preferences.Ok