The 31-year-old announced the line, called Portwood AF, after she “attacked” her ex Andrew Glennon with a machete. 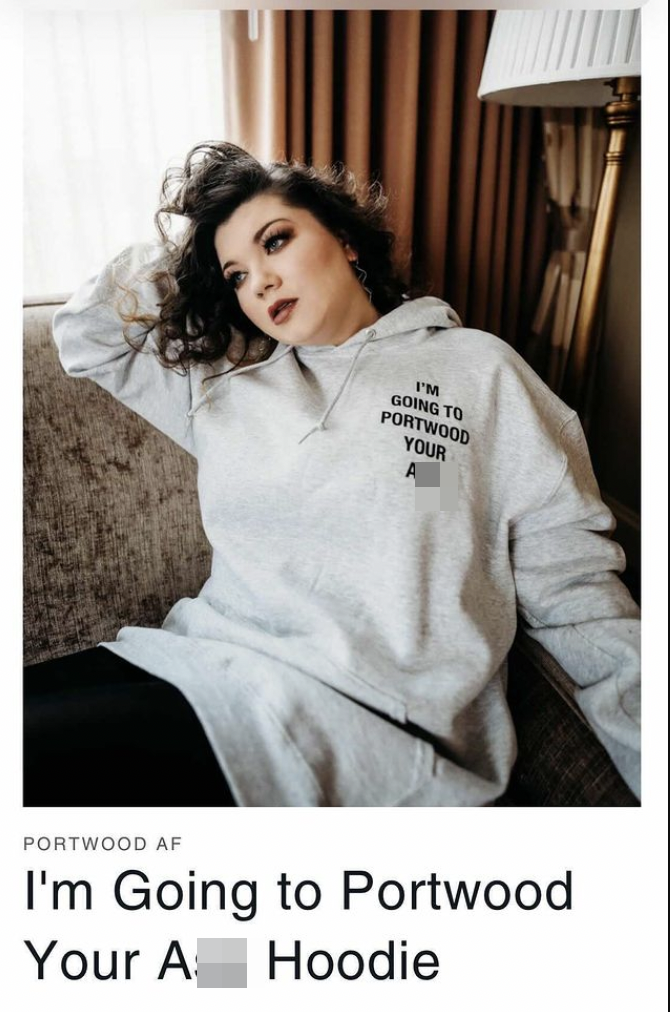 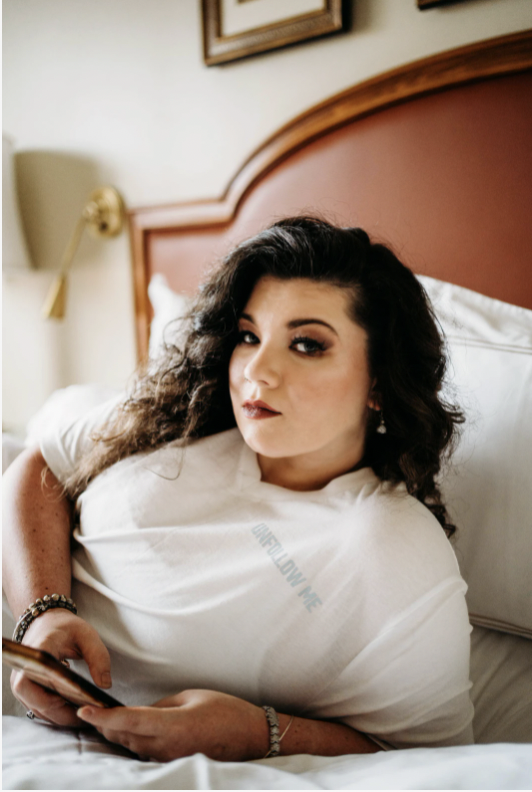 Amber took to Instagram on Friday to reveal the new merch line by sharing a photo of her posing in a black hoodie with the text “Portwood AF” written across the chest.

Alongside the photo, the Teen Mom OG star wrote: ”Hello Beautiful Souls! Today is the day! 💕✨🛍 I am so excited and proud to share #PORTWOODAF with you all , and so happy to share a piece of me with you 😍☺️ Shop the link in my bio loves!”

Shortly after Amber announced the line, fans rushed to the comments section to slam the MTV star for the “overpriced” items.

One person wrote: “Are people seriously buying this? No offense, but It’s a little pricey for a hoodie with your last name on it imo  portwood your a**? What? Im confused.”

Another urged the TV personality to "turn off the comments now," while others gave the line a "hard no."

Many fans pointed out that Amber appeared to be poking fun at her past of domestic violence by selling a sweater with text that reads, "I’m going to Portwood you’re a**."

One Instagram user wrote: “A little tone deaf given her criminal/civil proceedings. I’d be pissed if I was her lawyer lol.”

Another wondered: “Are the profits going to domestic violence shelters or to help single parents who have custody of their kids? Heck even to Gary? …. Cause then the answer is NO!!! AF”

A third chimed in: “I’m going to portwood you’re a**. Seriously? Machete springs to mind. I’m sure Leah isn’t embarrassed by this at all..”

The backlash continued as a following person wrote: “I’m going to port wood you’re a**?? Does that mean shive against the wall or full on machete, because I don’t want to send the wrong message when wearing this s**t.”

An additional Teen Mom fan called out a hoodie with the phrase “Fighter for Life” written on it, commenting: “A domestic abuser putting out a shirt that says fighter for life. Oh, good idea.”

One person said: “SERIOUS NOTE: ‘l’m going to Portwood you’re a**”.. What exactly is she talking about… Violence??? If so, She know she definitely need to stay away from that side of the fence.”

Another person wrote: “Nobody. Trying to benefit off of her being abusive? Im going to Portwood you’re a**? Gtfoh.”

The cheapest item in the line is the $18 Zen AF coffee mug, while the two hoodies cost $55.

Back in 2019, the Teen Mom OG star was accused of trying to break down a locked door with a machete while her then-boyfriend Andrew and their three-year-old son James hid in a room during a fight.

Amber was arrested for domestic violence and received probation.

Andrew was granted primary custody of James, as Amber, who is also mom to daughter Leah, 12, with ex Gary Shirley, has three unsupervised visits a week with their son.

Amber previously took to Instagram Live to address her critics that were talking about the arrest in April.

In the video, the MTV star yelled: "Stop talking about the machete by the way! Stop! I'm not going there! Lord help me."

Noting her bipolar and depression battle, she continued: "You don't know what it's like to struggle every day."

Portwood AF is not the first time Amber has launched a business venture.

She previously released the online clothing store Forever Haute back in 2016, though RadarOnline revealed the business had been shut down in 2019.

“The business entity report was due in September 2018,” an Indiana state clerk told Radar at the time.

“It’s pending admin dissolution. If the report is not filed, the business would no longer be in good standing with Indiana. It would be a non-active business.” 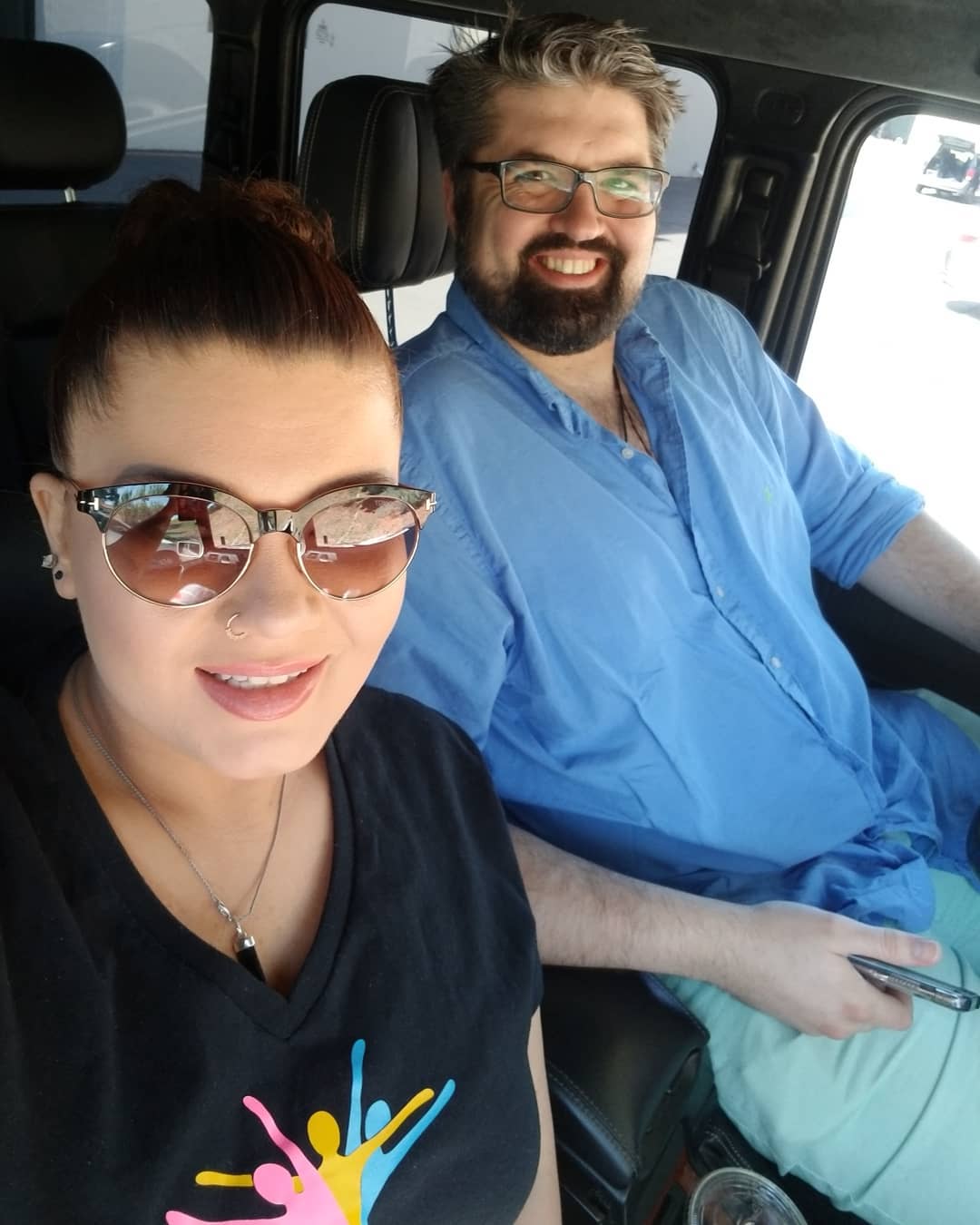