Home » TV & Movies » 'The Blacklist' Season 9: Will Ressler Find New Love or Will He Focus on Revenge?

'The Blacklist' Season 9: Will Ressler Find New Love or Will He Focus on Revenge?

The budding romance between FBI agent Donald Ressler (Diego Klattenhoff) and former FBI profiler Elizabeth Keen (Megan Boone) on NBC’s The Blacklist began seasons ago. Things didn’t actually progress into something until season 8. With the way things ended in the season 8 finale “Konets,” can Ressler recover from the loss of Liz so that he might one day find love again? 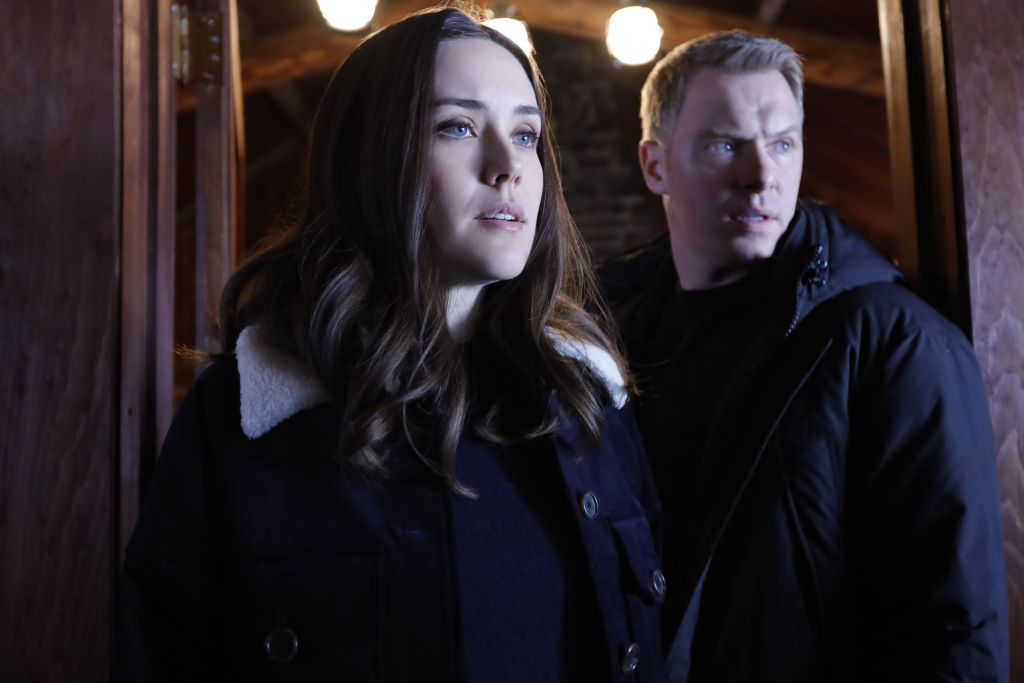 At the tail end of season 7, The Blacklist tossed out a net for anyone wishing for a Ressler/Keen romance. Though the two began with a very contentious relationship, things evolved over time into a trusting friendship. Somewhere along the way, the tension level went sky high leading to fan posts about “Keensler” evolving.

To be fair, Klattenhoff warned us when he spoke via Comic-Con 2020.

“I think it’s inevitable. I think we’ve gone through so much together over the years that obviously I mean who wouldn’t trust me? So, if she comes to me and reveals her secrets…I think it’s a good place as an actor to be in. The two Jo(h)ns Jon Bokenkamp and John Eisendrath] set it up so well over the years of trying to walk this line of ‘where your mom is’, ‘let’s go to Cooper’, and then also trying to hold on to that relationship with Liz and do the right thing,” he said.

Liz’s endless search for the truth behind Reddington’s identity mixed with Katarina Rostova — the “mother” we now know is an imposter — led to Liz needing someone to lean on.

“So, it’s a very conflicted fun thing to play there,” he added.

Fans and showrunners felt conflicted over the relationship

Series creator Jon Bokenkamp and co-showrunner John Eisendrath previously addressed the budding romance but weren’t sure if it was a good idea at the time.

“We’re evenly split in the writers’ room. Is there room for that to expand and change? Yes. Will it? I’m not sure,” TV Line previously stated.

Things did expand and change with Liz and Ressler in a full-on relationship as she remained a convict running from the law. Liz’s death may have changed Ressler’s journey for the better — or worse.

With Reddington leaving the scene of the crime after Liz was shot by Townsend’s hitman, we can only guess that Ressler’s immediate reaction will be that it was Red’s fault she is dead. Their relationship, however confusing, was still eight years’ worth of closeness. They’ve gone through a lot together and, in the end, Ressler would’ve tried to stop Liz’s death.

This sets up an interesting fork in the road for Ressler moving into season 9. If he truly loved Liz, his anger over losing her could completely destroy his life and/or become the new feud of the season as he tries to avenge her death by killing Red.

That said, there are still fans who want to see the agent find love — real love — not clouded by everything task force work includes. But, as always, there’s a caveat.

Despite the many fandoms out there that wanted a happy ending for Liz and Ressler, there are just as many that didn’t.

“I personally do not “ship” Elizabeth and Ressler. He is a good friend and supportive, as when she was having marital problems with Tom (to put it mildly!) But as a couple, no. I thought they might get together in the last season and literally had to look away from the television because it was too cringe for me,” one fan said.

And, with only Agent Alina Park (Laura Sohn) as the only other female on the team, others fear writers will try to put her with Ressler as he grieves Liz.

“Please don’t pair Ressler with Park!!!! [crying face emojis] it would be the worst series ever!!! Years watching the show just to see no keenler and liz dies!!![crying face emojis] please bring back @msmeganboone,” a fan said on the page’s Instagram post.

Some have requested the return of Samar Navabi (Mozhan Marnò) so that Aram (Amir Arison) can get a little action but at this point, it doesn’t look like the star will return to reprise her role.

As far as Ressler goes, we can only hope he finds a way to heal from Liz’s death and find the kind of love that isn’t so…criminal.