The Chase continued this evening and saw another plucky bunch of contestants try to take on Paul “Sinnerman” Sinha.

A tough Chaser to beat, the team were going to need all the help they could get on the ITV quiz.

Sadly, only three contestants made it through to the Final Chase but it wasn’t without controversy.

Both Janice and Adam sailed through with the money they accumulated in the Cash Builder.

However, Deanne, who was last up, decided to take the lower offer.

Janice and Adam didn’t seem to be too pleased with her choice, but they came round in the end.

Host Bradley Walsh and the Sinnerman both came to the agreement she had done the right thing, believing her to be a strong candidate for the last round.

Bradley commented: “Do you know what, I don’t blame you.” 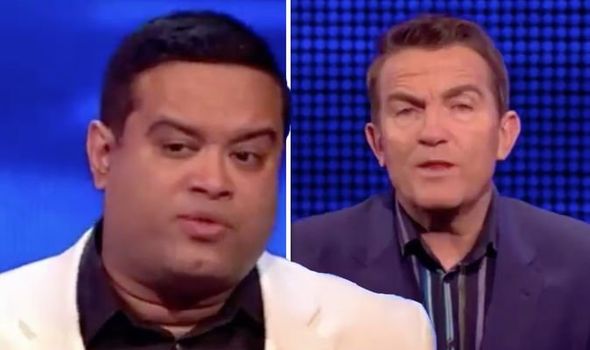 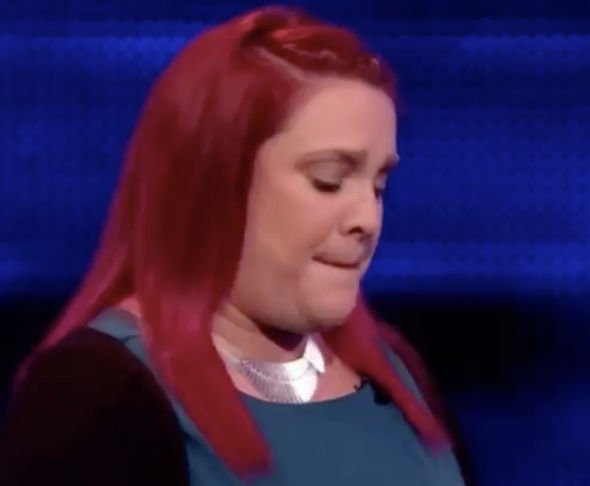 Paul added: “There’s no doubt that team will be stronger with you back and actually for the sake of £13,000 I don’t think that’s the worst decision I’ve ever seen.”

Viewers who tuned in this evening will note Deanne did do the right thing and she helped her team to victory at the end of the show.

However, fans weren’t happy to see her take the lower offer and they flocked to Twitter to share their thoughts.

One wrote: “Yeah, enjoy your teammates cash won’t you Deanne.”

A second shared: “Nothing annoys me more than people who go low.”

A third commented: “Well done Janice and Adam I’ll leave it there.” 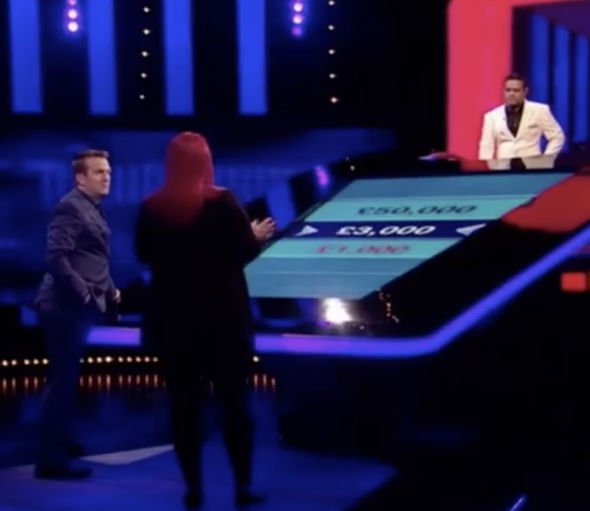 A fourth raged: “#TheChase can they stop doing the minus offer thing, it’s a joke too many people take it.”

Earlier in the week, viewers weren’t happy when a contestant gave an unforgivable answer.

During Robert’s Cash Builder round, he was asked: “Which colour is in the title of three hit singles for Chelsea Football Club?”

However, he answered “red”, despite Chelsea famously playing in blue.

The Chase airs weekdays on ITV at 5.15pm.