Home » TV & Movies » 'The Falcon and the Winter Soldier': Who Is Sam's New Friend Torres?

'The Falcon and the Winter Soldier': Who Is Sam's New Friend Torres?

If and when Sam Wilson becomes Captain America, this new character will likely take over Falcon duties 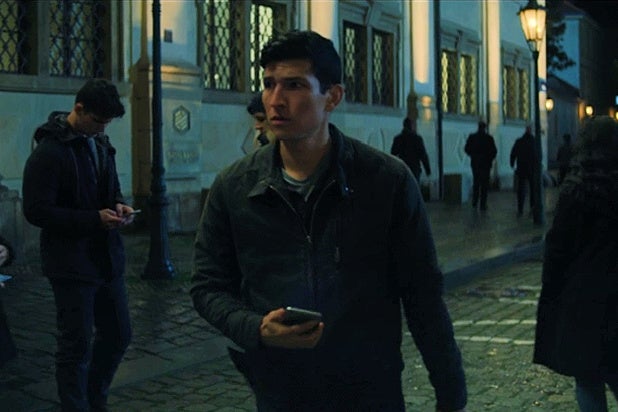 The brilliant first episode of the Marvel series “The Falcon and the Winter Soldier,” is finally out on Disney+, and it brought with it a rather more straightforward piece of storytelling than we got with “WandaVision” earlier this year.

But, like The Wanda Maximoff Show, “The Falcon and the Winter Soldier” is doing its duty to the greater Marvel Cinematic Universe by bringing back old bad guys we’d forgotten about and setting up new heroes who will no doubt be important in the future.

The premiere episode of “The Falcon and the Winter Soldier” begins with the Falcon himself, Sam Wilson (Anthony Mackie), going on a daring mission to rescue someone from an airplane. And on the ground he’s got a helper, a young guy who acts as a spotter and general support while Sam darts around in the sky.

This character is one Joaquin Torres, played by Danny Ramirez. And while he may not immediately seem to fit the superhero mold, well, he’s definitely gonna become one some day. In fact, Torres takes on the role of Falcon in the comics after Sam becomes the new Captain America.

Given the way the story is going with Sam in the “Falcon and Winter Soldier” premiere, it’s easy to imagine both of those things happening by the end of the show’s six-episode run. Early on we learn that Sam actually chose not to replace Captain America, and he donated the vibranium shield to the Smithsonian.

But the U.S. government being the way it is, they couldn’t just let there not be a Captain America. So they picked their own, and revealed him in a ceremony on TV that Sam watched with clenched fists.

The natural assumption to make is that by the end of “The Falcon and the Winter Soldier,” Sam will take on Cap’s mantle, providing an opening for Torres. Though it’s more than possible they’ll save the latter for later. But there’s no way Sam and Bucky are gonna sit with this new Cap that we don’t even know.

The comic book version of Torres’ Falcon is a bit different, though. And by “a bit” I really mean a lot. Whereas the title is figurative with Sam, since he’s fully a normal, unenhanced human being who uses that sick Falcon glider to do what he does — with Torres that name is a lot more literal.

In the Marvel comics there’s a mad scientist sort of character named Karl Malus, who likes to do weird experiments on people. And, basically, he manages to give Torres actual bird wings. But there are a couple big reasons why that’s not likely to have on “The Falcon and the Winter Soldier.”

First is the way it happens in the comics. Malus turns Torres into this human/Falcon hybrid using the DNA of a bird: Redwing, Sam’s flying pal. That’s right, Redwing in the comics is an actual bird, not just a drone. And the drone version of Redwing isn’t really big enough to give him, say, machine wings that are a part of his body. That would make more sense, if they were to do something other than just have Torres use Sam’s flight suit.

But beyond that, this specific series, which is sort of the spiritual successor to the “Captain America” movies, just doesn’t seem like a natural place for a normal person to be turned into a literal bird. Being scientifically enhanced in a more “grounded” way — as opposed to getting power from a magic space rock, for example — however, would be in keeping with what happened with both Steve Rogers and Bucky.

Whatever happens, though, they didn’t introduce this character just to not do something with him. So either he’s going to inherit the Falcon title, or he’s going to die to subvert our expectations. With only six episodes of “The Falcon and the Winter Soldier,” we’re not going to have to wait very long to find out.