Home » TV & Movies » The Last Kingdom season 5: Will Stiorra get revenge on Brida?

The Last Kingdom season 5: Will Stiorra get revenge on Brida?

The Last Kingdom season five will arrive on Netflix in the near future and season four introduced young Stiorra (played by Ruby Hartley). She is the daughter of Uhtred of Bebbanburg (Alexander Dreymon), who was held hostage by the warrior Sigtryggr (Eysteinn Sigurðarson) and Brida (Emily Cox). There is a strong chance Stiorra may get her revenge on Brida in the upcoming season and Express.co.uk takes a look at what could be in store for the character.

Will Stiorra get revenge on Brida?

Season four of The Last Kingdom was set during the early rule of King Edward (Timothy Innes), following the death of his father, Alfred (David Dawson).

Edward was still trying to adjust to his new position of power, and his inexperience meant Sigtryggr and Brida had a strong chance of taking over his kingdom of Winchester.

They stormed the kingdom and took a number of hostages, including Edward’s mother and sons, and Uhtred’s daughter Stiorra.

Whilst she was being held, Sigtryggr developed an interest in Stiorra and he started to experience romantic feelings for her.

Equally, Stiorra began to fall for the Viking warlord and he ended up sparing her life, much to Brida’s distaste. 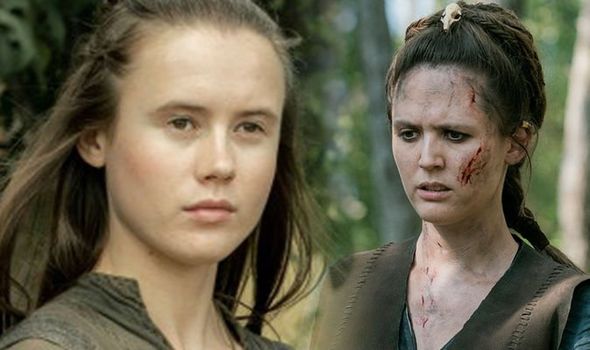 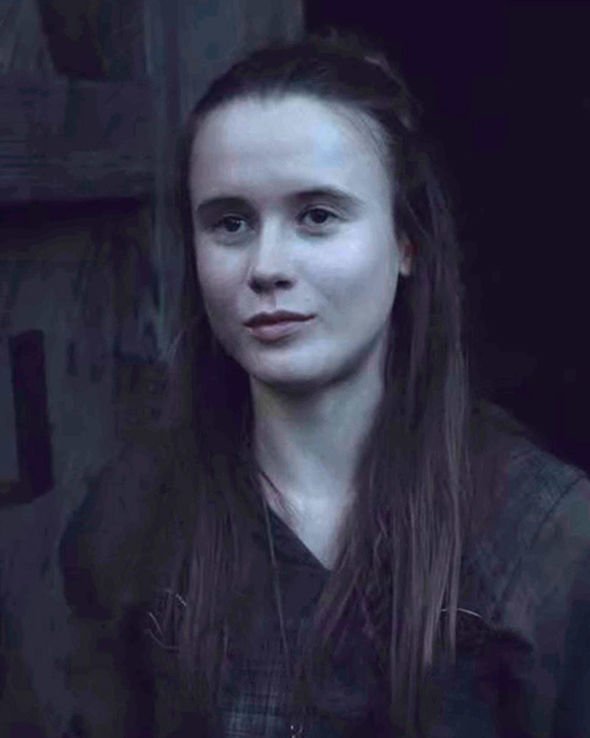 Edward was able to strike a bargain with Sigtryggr, and he left the kingdom on the premise he could take Stiorra with him.

Brida was able to walk away unpunished, but fans are wondering if she will get her comeuppance in the next season.

The series is based on The Saxon Stories by Bernard Cornwell, and Brida’s fate has already been decided in the books.

The upcoming season is likely to draw inspiration from the novels Warriors of the Storm and The Flame Bearer.

Brida sees her demise in Warriors of the Storm – and it is Stiorra who kills her. 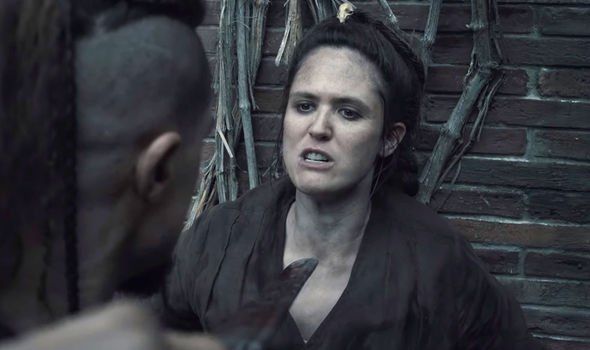 As part of the book, Uhtred and his daughter and son-in-law headed to Eoforwic, where they found Brida in charge.

She had been making a stand against Christianity and had killed a large number of Christians there.

Uhtred was able to overthrow her and he let his daughter get her revenge on Brida.

There is a chance the TV adaptation will stray from the source material, so Brida may survive the whole season.

The creators of the series may also give another character the opportunity to kill her in a surprise twist. 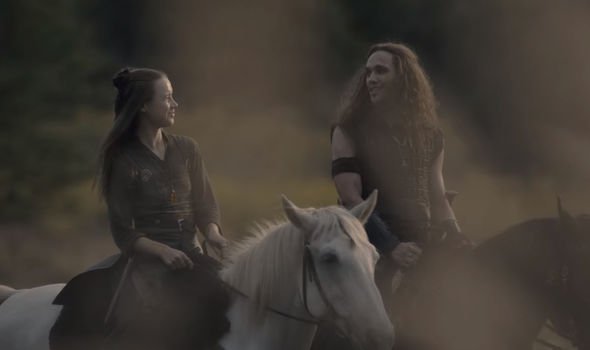 Uhtred has had a number of opportunities to kill his old friend, but he could never bring himself to do it.

Brida had fallen out with Uhtred after he decided to support the Saxons, including King Alfred.

She could not understand how Uhtred could give up on those who had raised him as a child, as he had been brought up by Danes.

Being born a Saxon, his allegiance was torn between both sides, but he eventually chose to stick by his roots.

Meanwhile Brida, who had also been born a Saxon, chose to support the Danes who had raised her and taught her all she knew.

Brida and Uhtred went head to head at the end of season four, during the Winchester siege, and Uhtred was almost victorious.

He could have killed Brida where she stood, but he still felt some love towards her and decided to let her go.

She had been pregnant with Cnut’s (Magnus Bruun) child at the time, and Uhtred allowed her to walk free so she could give birth to her baby.

Before she left, Brida warned Uhtred she would have her revenge, so it is highly likely the pair will run into each other again in season five.

Whether it is Uhtred, Stiorra, or another character who ends Brida’s life- fans will have to wait and find out.

The Last Kingdom airs on Netflix

END_OF_DOCUMENT_TOKEN_TO_BE_REPLACED

END_OF_DOCUMENT_TOKEN_TO_BE_REPLACED
Recent Posts
We and our partners use cookies on this site to improve our service, perform analytics, personalize advertising, measure advertising performance, and remember website preferences.Ok