The Masked Singer Swan: Who is Swan? Latest celebrity eliminated

The Masked Singer is back for its second season and already has the nation guessing the identities of all the contestants taking part in this year’s show. The ITV singing contest went down a storm when it first arrived in the UK in 2020 and is continuing to entertain viewers during the third lockdown. To everyone’s excitement, the third singer was unmasked in tonight’s (Saturday, January 9) episode.

WARNING: This article contains spoilers from The Masked Singer.

In the latest episode of The Masked Singer, half of the remaining contestants took to the stage to battle it out.

Judges Rita Ora, Jonathan Ross, Davina McCall and new judge Mo Gilligan were at hand once again to try and figure out who is behind all  of the masks.

Singing for their place in the competition this evening were Swan, Badger, Dragon, Sausage and Rockin’ Robin.

Each of them left the judges and audiences alike impressed as they gave it their all in a bid to keep their identities a secret for another week. 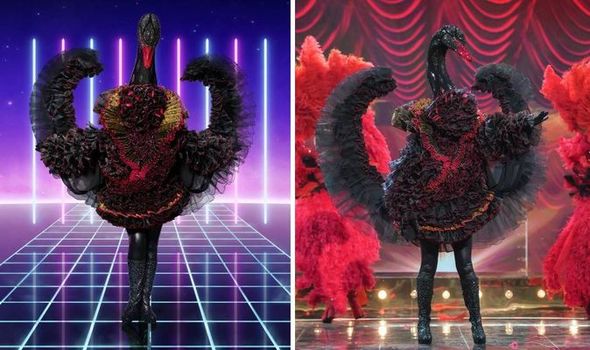 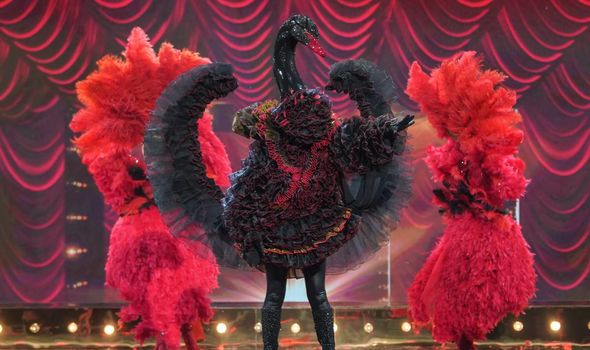 Swan kicked off the show with a glamorous performance of Gloria Gaynor’s I Am What I Am, while Badger rocked out with Aerosmith’s power ballad I Don’t Want To Miss A Thing.

Meanwhile, Rockin’ Robin got the crowd clapping along to Tones and I’s Dance Monkey and Dragon left everything wanting more with S Club 7’S Reach.

Finishing off the evening of performances was Sausage with an outstanding version of Jennifer Hudson’s And I’m Telling You, I’m Not Going.

Sadly, for one of them this was their final song as they were voted out of the competition and subsequently unmasked. 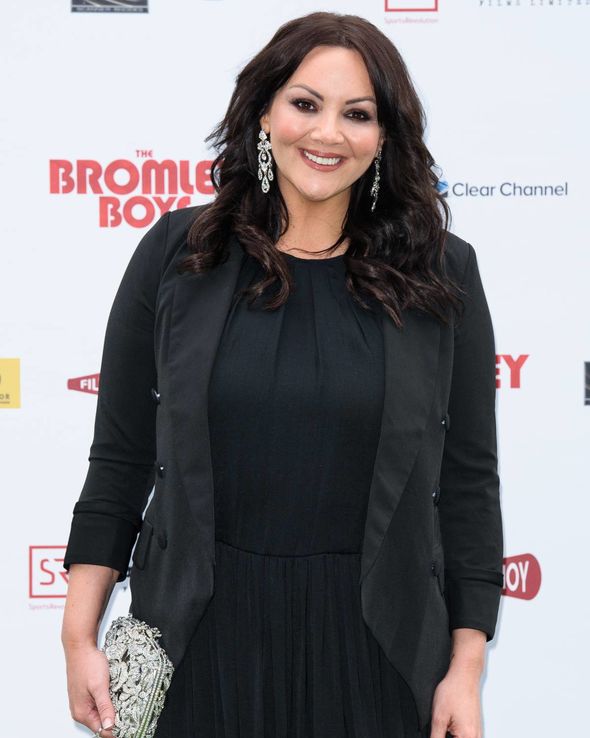 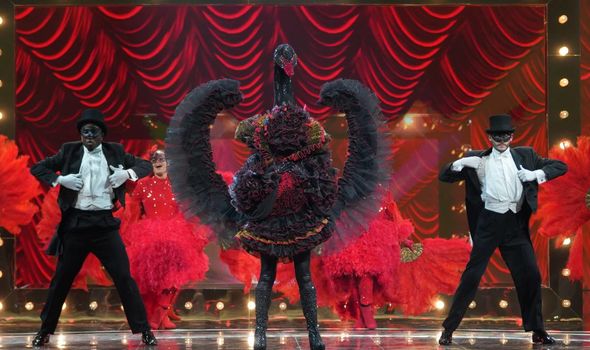 Who is Swan in The Masked Singer UK season 2?

After the live audiences votes, both Sausage and Swan were in tonight’s bottom two.

Following a discussion among the four judges, it was announced Swan would be leaving the show for good.

This meant it was time for Swan to be unmasked and the judges were left surprised at just who was really behind the mask.

When Swan took off her mask, fans and judges discovered it was singer and former EastEnders star Martine McCutcheon.

She portrayed Tiffany Mitchell, best friend of Bianca Jackson (played by Patsy Palmer) in the BBC One soap.

McCutcheon also went on to have her own singing career and is probably known best for the song Perfect Moment.

When asked by presenter Joel Dommett why she wanted to do The Masked Singer, McCutcheon said: “I just thought it would be so lovely to just come up and have fun.”

XX is the third to have been eliminated from the second series of The Masked Singer UK.

The first to go was singer Sophie Ellis Bexter who was the face behind Alien.

Last week, it was time for the Seahorse to make their exit with former Spice Girls singer Mel B revealed as the mystery celebrity.

But whose turn to be unmasked will it be next week when The Masked Singer returns?

The Masked Singer continues every Saturday on ITV.

END_OF_DOCUMENT_TOKEN_TO_BE_REPLACED

END_OF_DOCUMENT_TOKEN_TO_BE_REPLACED
Recent Posts
We and our partners use cookies on this site to improve our service, perform analytics, personalize advertising, measure advertising performance, and remember website preferences.Ok