The Pact will return for its third episode on BBC One tonight (May 24), marking the halfway point in the TV series. The crime drama follows a group of employees who are the main suspects in their boss’s murder. Nancy actress Julie Hesmondhalgh spoke exclusively to Express.co.uk about the poignant message behind the series.

The Pact is back on BBC One and viewers have been kept on the edge of their seats as the murder mystery continued to unravel.

The crime drama is set in Wales and it follows a brewery manager who was found dead in the middle of the woods.

His employees have become the main suspects and they are determined to keep their names out of the spotlight.

Nancy actress Hesmondhalgh spoke to Express.co.uk about the female-led cast and the important message it offers. 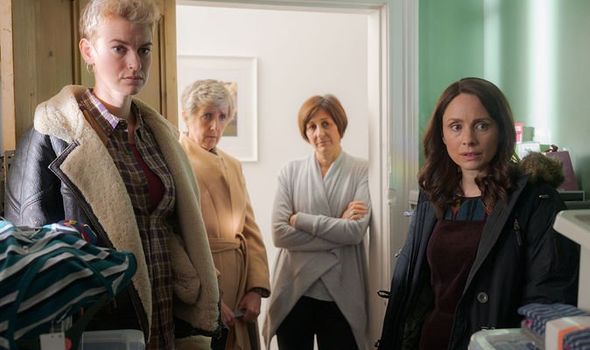 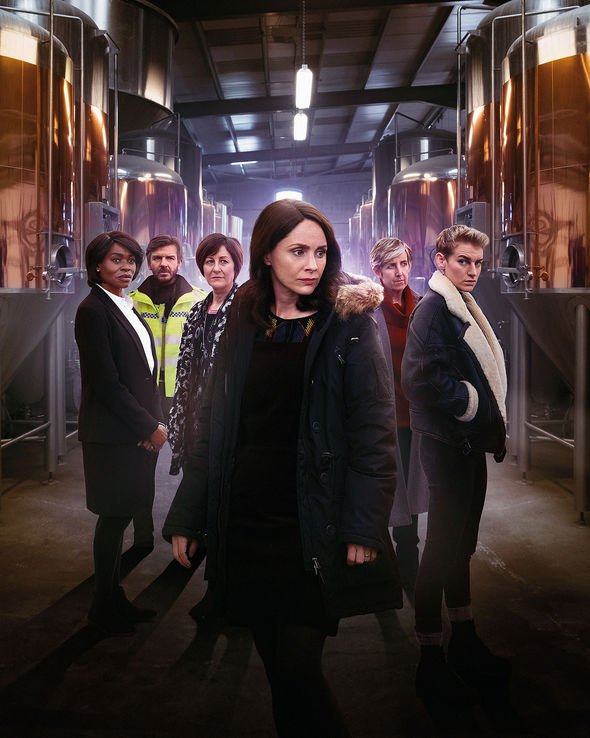 She said: “That’s what’s so wonderful about it, it’s about women but it’s very much about flawed women and about real women.

“Just trying to survive something and making decisions, some good, some very very bad. And the consequences of that for all of them.

“So it’s really great because there has been a big conversation recently in the media and country more widely about dramas always having the emphasis on women dying and women being murdered.

“It’s very, very important I think to say that this is a drama that focuses on women but not on dead women. We are not on a slab.

“That’s very significant I think at this moment in time, in the way that we are making drama.” 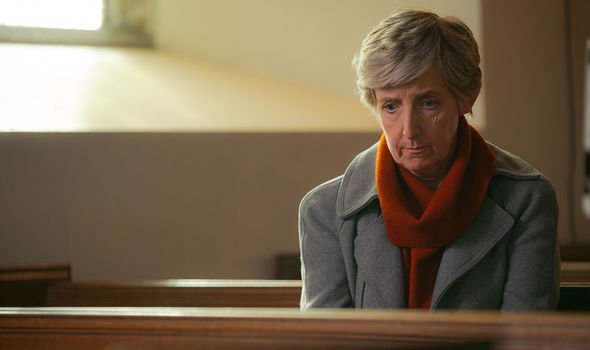 The show’s creator, Pete McTighe, said he had been heavily influenced by female-led dramas in the past.

He had been craving something unique, with surprising twists and challenging characters, and The Pact focuses on the consequences of keeping secrets.

The writer said: “First and foremost it’s a character piece – so it was important to me to take time to drill down into each of our key characters and properly explore the impact of a terrible moral dilemma on each one.”

Anna is in a very difficult position in the series as she is married to a police officer, Max (Jason Hughes) who is investigating the murder case.

For Nancy, a very religious character, the tragic death of the brewery boss forces her to question her faith. 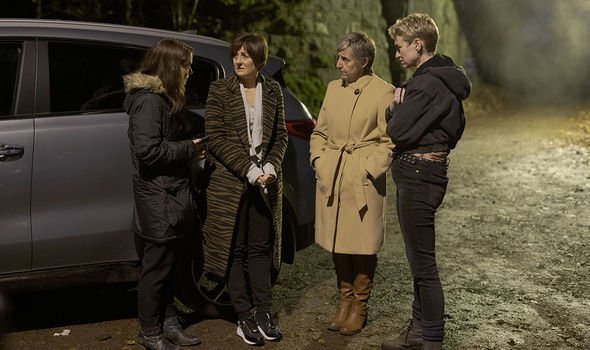 Meanwhile, Cat has had experience with prison in the past, and she is haunted by the prospect of returning.

The synopsis for tonight’s episode says: “It is the day of Jack’s memorial, and while the police investigation ramps up, the pact begins to fracture.

“Max realises what Arwel has done and arrests him, prompting a disbelieving Louie to confront him over dark family secrets.

“Anna’s relationship with Max is strained when he realises their savings account has been emptied, and she is forced to weave a web of lies to keep her secret.

“As another blackmail message comes through, she reaches breaking point and decides to uncover who is behind the threats.”

Fans have taken to Twitter to share their thoughts on the unravelling mystery, which airs on Mondays and Tuesdays.

Eddie Marsan, who worked on the series, said: “My 1st job back in the UK after Ray Donovan finished so I was very nervous but I couldn’t have asked for a nicer cast.

“I can’t wait for you all to see this fantastic group of actresses at work, tonight in ⁦@PeteMcTighe brilliant, and gripping script.”

The whole series has been made available to watch on BBC iPlayer now.

Another added: “Binged watched #ThePact on BBC iPlayer over the past two days and oh my god what a series!! One of the best dramas I’ve ever watched. Amazing!”

The Pact returns tonight on BBC One.