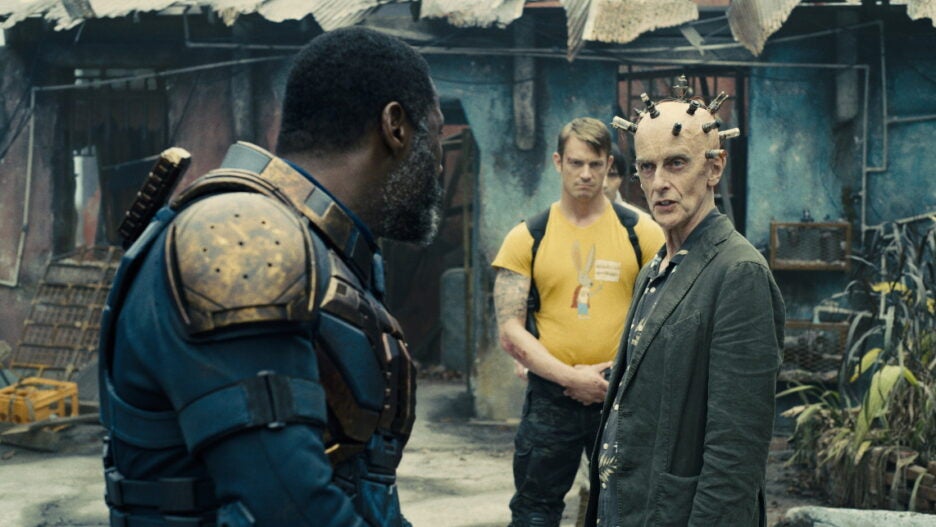 If it hasn’t become clear yet, Warner Bros./DC’s “The Suicide Squad” is James Gunn’s baby. The “Guardians of the Galaxy” director has proudly shown off how his love for classic films and pulp fiction have influenced his take on Task Force X, and he did it again with a new social media post showing off Idris Elba, John Cena and Joel Kinnaman wearing outfits based on an ’80s pulp action novel series.

The post shows a pic from the film of the trio sporting guns in front of an overturned, blazing car alongside a painting in Gunn’s house taken from “Able Team,” a series of pulp novels written by various authors under the pen name Dick Stivers. The “A-Team”-esque series followed a group of Vietnam War veterans who worked for an underground anti-terrorist force kept secret by the government…much like the antiheroes of Gunn’s new film.

Gunn has also shared how he worked with Warner Bros. to develop a theatrical poster inspired by the 1967 classic “The Dirty Dozen,” which “The Suicide Squad” also heavily draws plot inspiration from with its story about a team of Army prisoners sent on a suicide mission just before the Allies stage the D-Day invasion in World War II. As we get closer to the film’s release on August 6, don’t be surprised if Gunn shares more of what inspired his twisted, humorous superhero romp.