Season 3 of “Love Island USA” is already underway, and with a new season comes a new group of singles not only looking for love on a tropical island but also to potentially win a cash prize. One of the singles is Melvin “Cinco” Holland Jr., a former college football player who got the nickname Cinco from the number five on his jersey. Cinco’s current job is listed as a delivery driver in his bio, but he had played football for Tennessee Tech University and the University of Minnesota, per Distractify.

It’s clear from the promo video for this season, Cinco has no doubt that the ladies will be into him. The northern Virginia native says he gets his confidence from being an athlete. He explained, “I feel like just being an athlete just gives you the stature to be able to talk to a lot more girls.” He added that it also gave him the “stigma of being a player.” While Cinco says he enjoys being single because he doesn’t have to answer to anyone, he admits that it does get lonely to not have someone to come home to.

Cinco appears to be passionate about fitness and works with the company The Tough Fitness, which he co-founded. He frequently posts videos of himself working out on his Instagram to help promote it. Clearly, Cinco has the looks and confidence for “Love Island USA,” but like any interesting reality star, he’s the source of some controversy as well.

Cinco may have a girlfriend outside of 'Love Island USA' 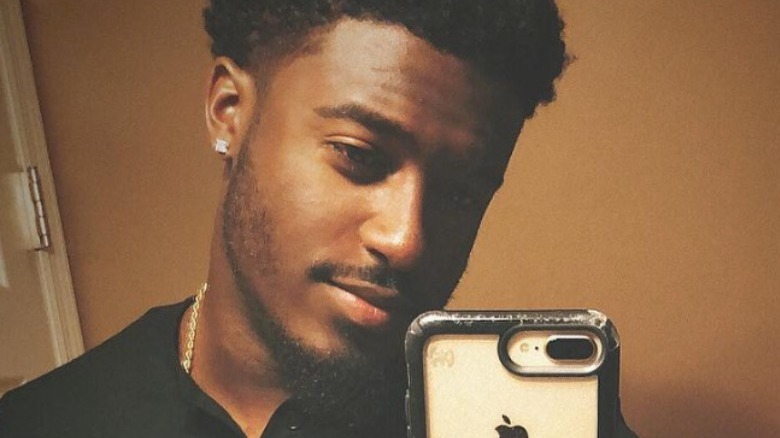 Melvin “Cinco” Holland Jr. may be looking for love on “Love Island USA,” but there are rumors he may have already had a girlfriend before coming on the show. In a promo video, Cinco admits to once being a “player,” but says he’s been single for about two-and-a-half years. He’s been in less serious relationships, which he calls “situationships,” but “nothing too serious.”

Yet, per one now-deleted Reddit thread, fans claimed that Cinco was actually dating someone pretty seriously and believe that he only went on the show for the business opportunities that could come from reality show fame, according to MeAww. Cinco, for his part, hasn’t responded to the accusations, and he has no trace of any girlfriend on Instagram. It looks like fans will just have to wait and see if Cinco finds love on the show, which may prove any other relationship is over.

According to Cinco, when he’s in a relationship, he makes a pretty good boyfriend. As he dished in the promo, “I definitely want to treat my girl like a princess. I like to be goofy, I like to have fun… but when it comes down to it, I know how to provide.” As for being on “Love Island USA,” he added, “I’m definitely going to win somebody’s heart.” We’ll be watching to see if Cinco does just that in the latest season — or if he’ll go home empty-handed and to a rumored girlfriend.