Home » TV & Movies » This 'Brady Bunch' Alum Wants to Be on 'Dancing With the Stars': 'I've Been Asking Since Season 2'

This 'Brady Bunch' Alum Wants to Be on 'Dancing With the Stars': 'I've Been Asking Since Season 2'

Henderson and McCormick each tried their luck on the reality competition show Dancing With the Stars. Another member of The Brady Bunch cast has continually requested to vie for the famous Mirror Ball trophy, but has yet to get an invite. 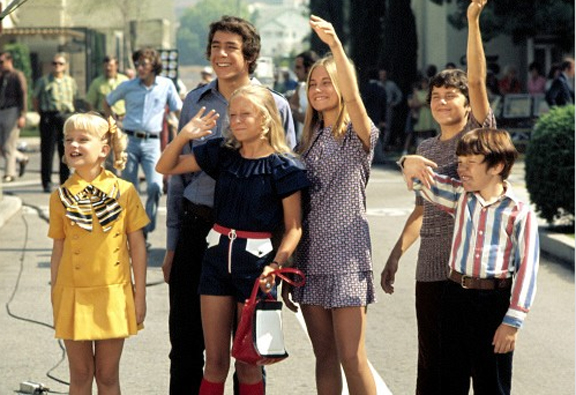 No sailing on ‘The Love Boat’ for Barry Williams

The event brought up a question for Williams on why he never appeared on the iconic 70s show The Love Boat, even though several of his co-stars at the time had a turn on the popular ABC series.

Williams had a theory that his exclusion may have had something to do with the show’s creator.

“I’ve done a lot of TV,” he shared. “I didn’t do Fantasy Island either. Those are both Aaron Spelling shows. I don’t know if there’s a connection there.”

Barry Williams wants in on ‘DWTS’

While on the subject of the 70s throwback shows to which he hasn’t been given an invitation, Williams speculated that whoever kept him off set may still be in power at a certain ABC reality show.

“That same person, by the way, must be working over at Dancing with the Stars,” Williams joked, admitting he’s been trying to get on the show “since the second season!”

Florence Henderson and Maureen McCormick appeared in the ‘DWTS’ ballroom

Henderson competed on DWTS in 2010. Partnered with Corky Ballas, the Brady Bunch star was the fifth contestant to be eliminated. After Henderson died in November 2016, the show had a star inserted on the dance floor in her memory.

Before Henderson passed away, McCormick appeared on the reality show in 2016 during season 23. Her former TV mom cheered her on from the audience.

“You were fabulous,” Henderson told McCormick after her dance with partner Artem Chigvintsev. “I’m so proud.”

Henderson even made a cameo during a “Marcia”-themed routine and delivered the trademark line, “Marcia, Marcia, Marcia.”

Though McCormick was eliminated in Week 7 of the competition, the Brady Bunch alum relished her time on the show.

“Honestly, I thought I’d be lucky if I survived a week,” McCormick said on Good Morning America after her elimination. “But I just wanted to give it my all. And you know, it was so cool. There were moments in dancing with [Chigvintsev] that I felt like I was floating. … I feel so good.”

Time will tell if Williams gets an invitation to the legendary DWTS ballroom.

END_OF_DOCUMENT_TOKEN_TO_BE_REPLACED

END_OF_DOCUMENT_TOKEN_TO_BE_REPLACED
Recent Posts
We and our partners use cookies on this site to improve our service, perform analytics, personalize advertising, measure advertising performance, and remember website preferences.Ok