After her massive success in the role of Lagertha on the History show Vikings, Katheryn Winnick’s latest project is ABC drama Big Sky, which started its first season last autumn in the US and just landed in the UK. With an additional six new episodes coming out in April, there is plenty of exciting news that the actress had to share with fans about what to expect from the crime show.

Based on a series of novels by CJ Box, the first half of Big Sky was based on the first book, The Highway, but the showrunners plan on speeding things up in the coming episodes.

“The vision has been, since it’s based on a series of books, to make it a serialised drama but to tell multiple books within one season. Probably two we are focusing on,” said Winnick.

“I know that we are about to start another book next episode for the remainder of the finale,” said the actress in an interview with Collider back in January while still filming.

She also explained: “We got ordered for six more [episodes] so we finished one book which was going to be wrapped up officially in episode nine, so episode 10 is going to be a more stand-alone episode until episode 16 (which) will be another book.” 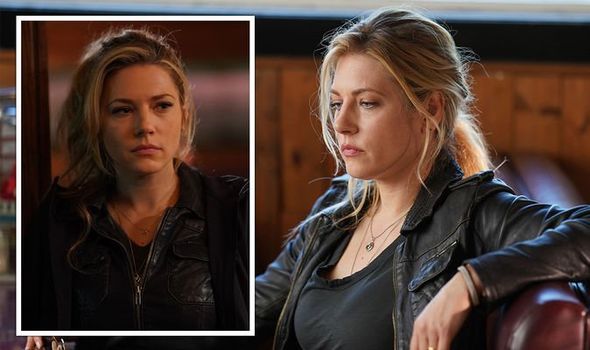 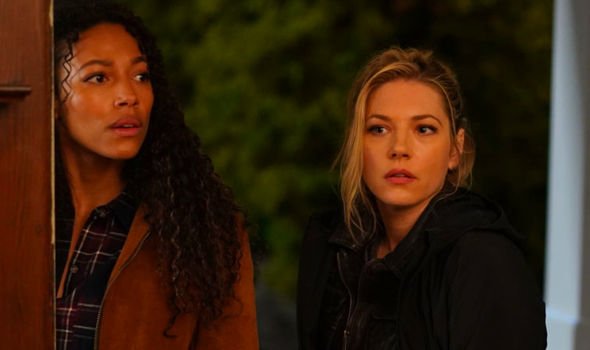 The actress also revealed how the creators had to adjust the story to fit around the network: “We were really supposed to get onto the second storyline much earlier but we were waiting for a pickup and ABC took long to do it.

“So I just noticed them extending this one,” she revealed.

“But I definitely think that’s a way to keep everything moving faster and keep the interest up,” she added.

The quick pace that the show is about to step into will bring about some exciting opportunities for guest stars to leave their mark on the series. 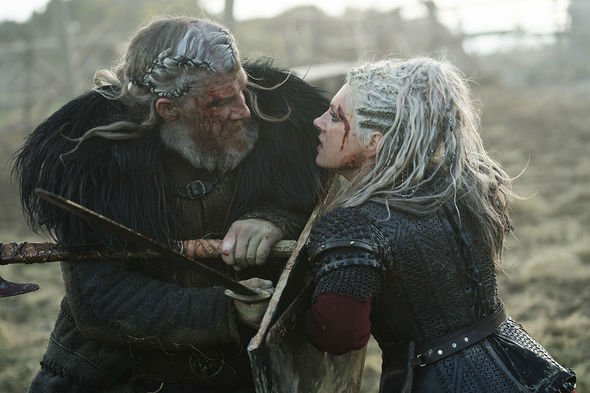 “I think that is always such an opportunity,” said the star. “That format is interesting because we can bring in some really powerful guest stars and some great actors which are willing to dive into strong media material either as villains of as great supporting actors that can tell the story in a short format.”

Ultimately, Winnick is excited to “create great storylines that people will be intrigued by” and hopes “ABC will be really bold with their choices”.

The star also mentioned how she wasn’t sure about joining a network TV show: “[I was a] little nervous about it being on a network and creatively how to push a boundary as an artist, to keep it raw and make it feel more like a cable show.

“The way I choose projects is really who the creators are. Like Michael Hirst for Vikings, David Kelly for Big Sky is the main reason I signed onto this,” she said.

The Vikings star also spoke of her character’s recent death in the final season of the show: “I thought I was going to go a lot earlier, I’m not gonna lie.”

“I definitely was ready to go earlier, only just because I think these are the Vikings times, the average life was maybe 40, and I was already pushing it with high-50s and 60s as a grandmother,” continued the actress.

“But there has to be a time where if I am gonna go, let’s write me something fantastic and amazing and I couldn’t ask for a better ending, ever.”

Winnick also shared that when she first joined Vikings she “had an idea that I was going to be there for the long haul. I did not know that my character was going to last till the end.”

“I read the first two episodes and being a huge fan of Michael Hirst, I got the chance to Skype with him, and have his story unfold in a way that he saw.

“He definitely saw multiple seasons and he was ready for it and planned for it. So I knew that it was going to go for a long time, but originally I was told a couple of years maybe three,” said the actress.

“I think I had five or six days after I got hired to get on a plane and move my entire life to Ireland, and I prepared for it, I really did.”