Vikings a popular historical drama series airing on History and Amazon Prime, and it includes some powerful female leads. One of the main characters is Aslaug (played by Alyssa Sutherland) who was killed in an earlier season by the true leader of Kattegat, Lagertha (Katheryn Winnick). Fans have spotted a clue which suggests Aslaug had foreseen her own death, and they have come up with an interesting theory.

Did Aslaug plan her own death?

Aslaug saw her demise during season four of Vikings as she was shot down in a surprising scene, at the hands of Lagertha.

Lagertha and her fellow shieldmaidens had returned to their homeland of Kattegat to take back what was rightfully hers after her husband Ragnar (Travis Fimmel) had an affair with Aslaug and she became Queen.

Following the fight, Aslaug arranges to meet with Lagertha face to face, so they could come up with an agreement and avoid any more bloodshed.

Aslaug says she will leave Kattegat and there will be no more fighting, as long as Lagertha lets her flee without coming to any harm.

Lagertha agrees, but then shoots Aslaug in the back with a bow and arrow while she is not looking, and Aslaug falls down dead. 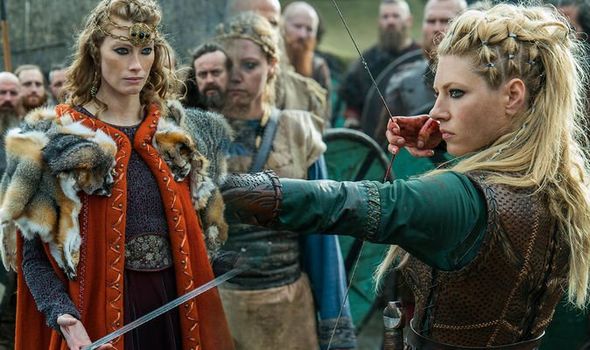 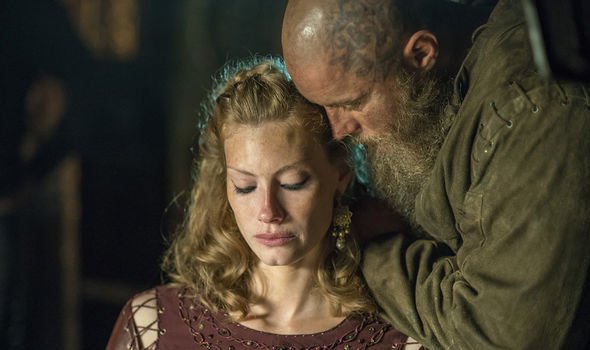 Fans were shocked to see Lagertha go back on her word, but some viewers believe Aslaug may have asked Lagertha to kill her.

Zonsun said on Reddit: “I don’t know where, but I remember reading that Aslaug asked Lagertha to kill her and that Lagertha understood and honoured her request.

“‘All I ask is safe passage’ – referring to Valhalla. ‘My sons will be grateful for the manner of it’ – referring to the fact that she will die at the hand of a warrior, thus may enter Valhalla.

“After this speech, she thanked Lagertha, walked away without fear and smiled when she died.”

Aslaug is seen walking away with what seems to be a smirk on her face, so fans believe the theory is somewhat plausible. 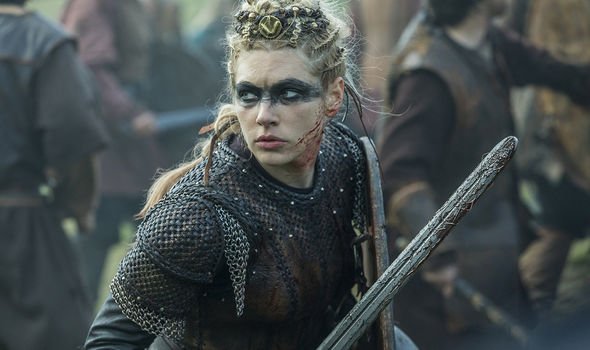 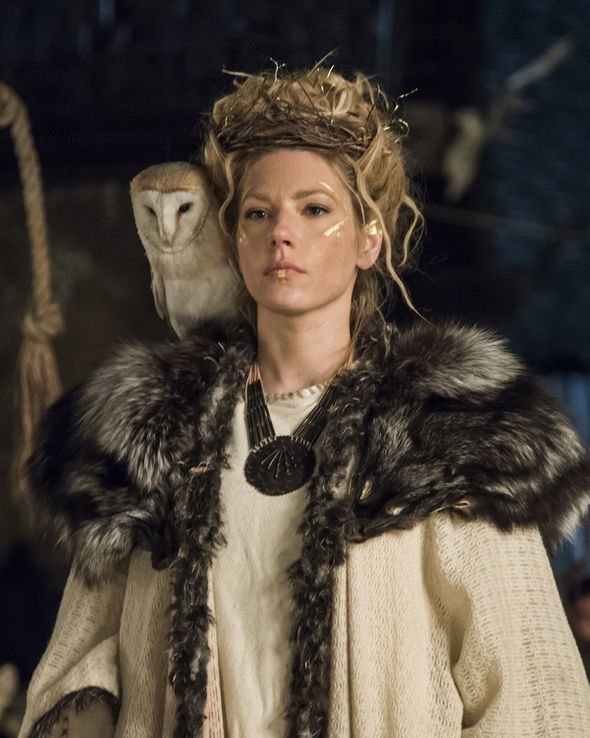 While some fans believe the theory is an interesting concept, others have pointed out the fact Aslaug was not a warrior and would not enter Valhalla as a result of her death.

Valhalla is a place from Norse mythology, located in Asgard, where the God Odin invites noble and brave fighters to dine with him once they have passed on to the next life.

Vikings believe only those who have fought valiantly and have died in honourable circumstances deserve a place in Valhalla.

Although Aslaug’s parents were both famous fighters, Aslaug herself was never trained in the arts of battle and was instead known for her etiquette and beauty.

With this in mind, viewers believe her death was, in fact, a genuine shock, and she had not intended for Lagertha to kill her.

M_nield said: “Aslaug was never a warrior, I don’t see why her goal would be to enter Valhalla. Valhalla isn’t the only afterlife in Viking tradition.

“Why go to an afterlife of eternal battle if she never fought a day in her life?

“I think she knew that she wounded Lagertha’s pride and revelled in it. She knew Lagertha would kill her and that her sons would take revenge.”

Aslaug had a special ability to read prophecies and she had foreseen many a character’s fate throughout the series, so there is a possibility she could have foreseen her own death, even if she did not plan it.

She may have known her sons would take revenge on Lagertha, and one of them would eventually kill her.

Randalina said: “I’ve seen this theory before and I’m not personally convinced by it. For one thing, when she smiled when she died I interpreted that as smiling because she believed her sons would take revenge.

“Because of ‘And my sons, when they hear how it was done, will be grateful for the manner of it… and not seek revenge’. Emphasis on that last bit.

“Of course, little did Aslaug know that none of her sons would actually care all that much, even Ivar forgot about it after a year.

“I also don’t think it’s likely that she was asking for passage to Valhalla because Valhalla isn’t treated in the show like you need to die at the hand of a warrior in order to get there.”

Some fans believe Aslaug wanted Lagertha to kill her in public so she could rally public support and side with her sons, turning against Lagertha for what she did.

END_OF_DOCUMENT_TOKEN_TO_BE_REPLACED

A lawyer representing the family of the University of Connecticut senior wanted in two murders said Monday that the suspect has a history of mental illness and urged him to surrender. “If you are listening, your entire family loves you,” attorney Michael Dolan said Monday, addressing 23-year-old suspect Peter Manfredonia,

END_OF_DOCUMENT_TOKEN_TO_BE_REPLACED

END_OF_DOCUMENT_TOKEN_TO_BE_REPLACED
Recent Posts
We and our partners use cookies on this site to improve our service, perform analytics, personalize advertising, measure advertising performance, and remember website preferences.Ok