Vikings: Will Katheryn Winnick return as Lagertha in final episodes?

Katheryn Winnick has been part of the Vikings family since the show first aired in 2013. Sadly, her character Lagertha was killed in part one of the final seasons but nevertheless, fans are hoping she will make a return in the final 10 episodes. Express.co.uk has everything you need to know.

Will Katheryn Winnick return as Lagertha in final episodes?

In episode six of Vikings, titled Death and the Serpent Lagertha’s life came to a tragic end.

The Seer’s (played by John Kavanagh) prophecy had been fulfilled as Lagertha was killed by one of Ragnar’s (Travis Fimmel) sons.

Fans suspected Ivar would be the one to take Lagertha’s life, but in a shocking twist, it was Hvitserk (Marco Ilsø).

Hvitserk was under the influence of drugs and alcohol, and also suffering from PTSD, was hallucinating at the time he killed Lagertha, who had collapsed outside his home. 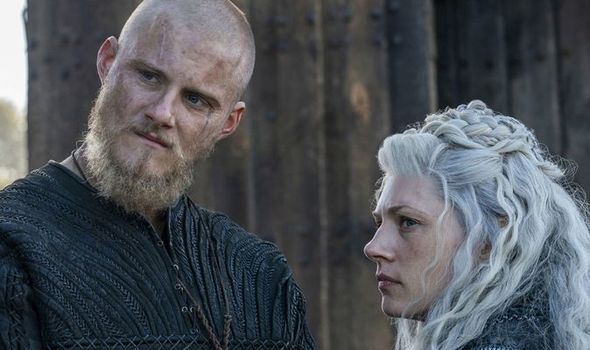 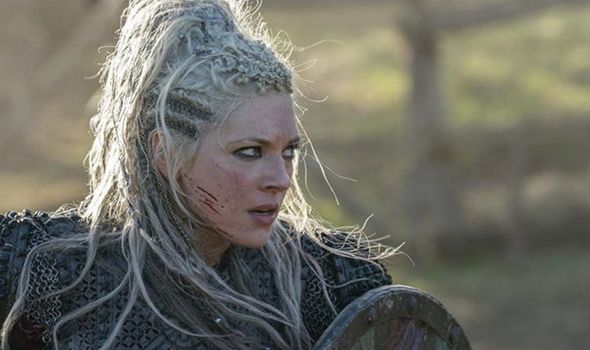 He believed her body to be a serpent/Ivar the Boneless (Alex Høgh Andersen) and attacked the snake, stabbing it continuously.

However, he soon realised what he had stabbed was not a serpent and was in fact Lagertha.

Despite the death of the famous shield woman, Vikings fans are hoping she will appear in the final 10 episodes.

After the show’s release date was confirmed earlier this month, Winnick posted an image of the show’s logo on top of a burning Viking boat.

Eagle-eyed Vikings fans will have noticed the similarities between the image and Lagertha’s funeral scenes when her body was sent out to sea on a burning Viking boat. 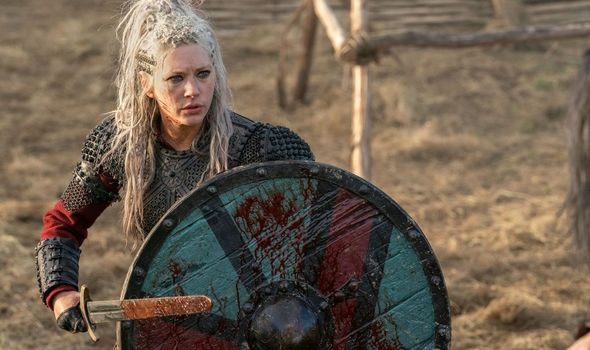 Winnick’s post sent fans into a frenzy, with many hoping Winnick would feature at some point in the final 10 episodes.

She captioned the post: “Final Season of Vikings. Dec 30th. Couldn’t be more proud of this incredible series and all the talented cast and crew who gave it their all to get this to your screens! #Vikings.”

If the trailer is anything to go by, Lagertha will be making a few appearances in the final 10 episodes.

Clips in the trailer not only show Lagertha amongst the Vikings, but scenes also feature her late husband Ragnar Lothbrok.

Following her funeral in part one of season six, Lagertha was reunited with Ragnar in Valhalla and fans are hoping there will be a lot more Lagertha and Ragnar content to come. 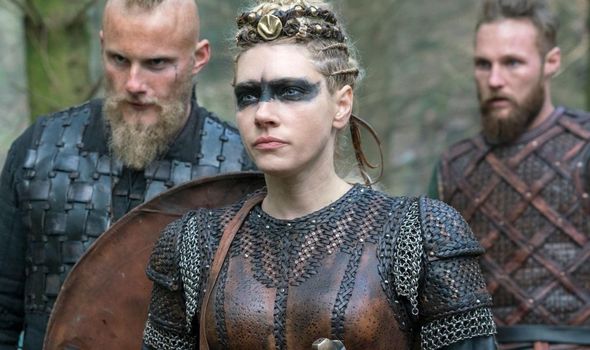 Sadly, there has been no news of Katheryn Winnick or Ragnar star Travis Fimmel reprising their roles for any lengthy scenes.

Therefore, it is more likely Lagertha will appear in the form of visions or a flashback.

In part one of the final season, Ragnar often appeared in Lagertha and her son’s visions, so it is more than likely the same will take place for Lagertha in the final series.

Speaking at the Comic-Con @Home panel this summer, Winnick reflected on leaving the show.

“Just in terms of being on the show for so long and having it aired and now that Lagertha has gone to Valhalla, it was definitely harder than I thought I would go through just personally, just seeing my death.

“Watching Lagertha just transition over to Valhalla, it was definitely a bittersweet moment in a lot of ways.

“Obviously all the hard work, I made some good friends, but also sad to see it end.

“But Michael [Hirst] wrote to me such a great death and funeral.”

END_OF_DOCUMENT_TOKEN_TO_BE_REPLACED

END_OF_DOCUMENT_TOKEN_TO_BE_REPLACED
Recent Posts
We and our partners use cookies on this site to improve our service, perform analytics, personalize advertising, measure advertising performance, and remember website preferences.Ok