Virgin River season three is on its way to Netflix soon as fans eagerly await to see what lies ahead for Mel (played by Alexandra Breckenridge) and Jack’s (Martin Henderson) romance. And given the cliffhanger ending of season two which saw Jack lying on the floor of his bar with a gunshot wound in his side, the third season of the drama promises to provide a number of twists and turns in the already intriguing storyline. Adding to the hype, Brady star Benjamin Hollingsworth has confirmed fans may not witness what they’re expecting.

But they’re not the only ones in the frame for the attempt on his life, as disgruntled former best friend Brady could also emerge as the one who pulled the trigger.

And adding to the hype surrounding the next series, Hollingsworth took to the Netflix show’s official Instagram profile to tease the “plot twists” on the way. 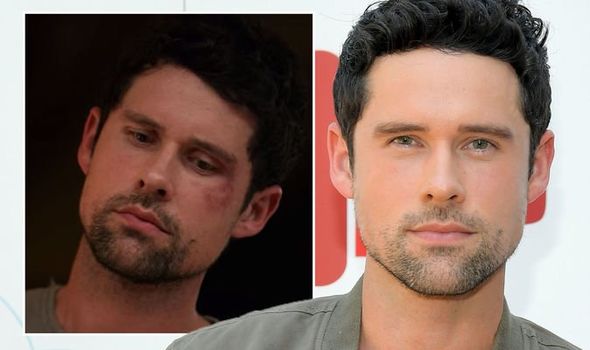 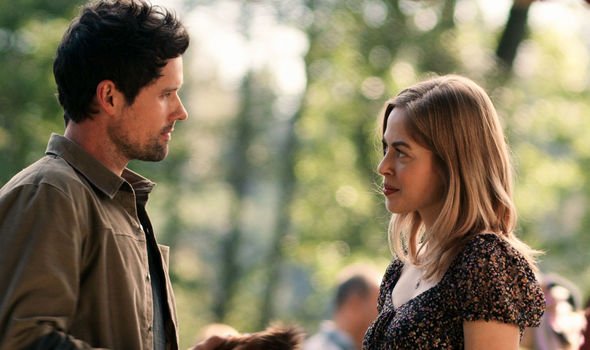 The show’s verified account had shared a post with a number of behind the scenes snaps from season two filming.

And while it didn’t take long for hundreds of fans to express their excitement, Hollingsworth popped up with a comment of his own.

“I’m wearing a safety helmet, to protect myself from all the bombshell plot twists season 3 has,” he began. 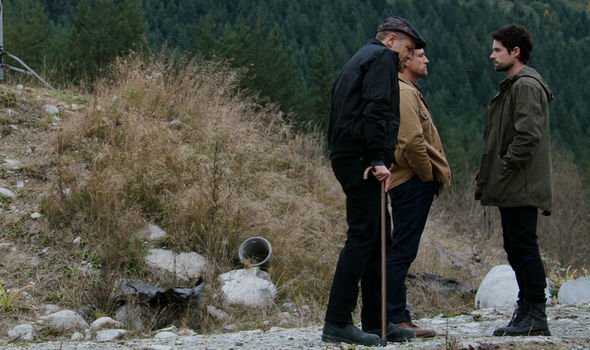 And adding to the excitement, he concluded: “Hope y’all ready for it. #VirginRiver.”

“@hollingsworthb As long as Brady didn’t shoot Jack. Your character needs redemption…… Brady’s not a bad guy,” one fan replied.

Adding to the frenzy, a fourth typed: “@hollingsworthb hurry up and release Season 3 pleaseeee.”

So what plot twists could Hollingsworth be hinting at when season three rolls around?

Well, a number of theories have already swept through the fandom as Netflix subscribers count down to its arrival.

A popular theory tipped to come to fruition is for neither of the aforementioned suspects to be unmasked as the shooter, but rather season two newcomer Jamie (Carmel Amit).

Speculation also surrounds the true father of Charmaine’s twins, with many fans tipping Jack to find out his pal Mike (Marco Grazzini) is the real dad.

One thing that is for sure is there will be a number of new faces joining the cast.

Earlier this month, it was confirmed actors Stacey Farber and Kai Bradbury would be joining the cast as Tara and Denny, respectively.

Virgin River seasons 1-2 are available to stream on Netflix now.