In the new trailer that AMC dropped Thursday for The Walking Dead’s six Season 10 bonus episodes, Jeffrey Dean Morgan’s Negan is haunted by a familiar voice: his own. “Little pig, little pig, let me come in,” says a version of himself in full Saviors-boss drag (bat and all). 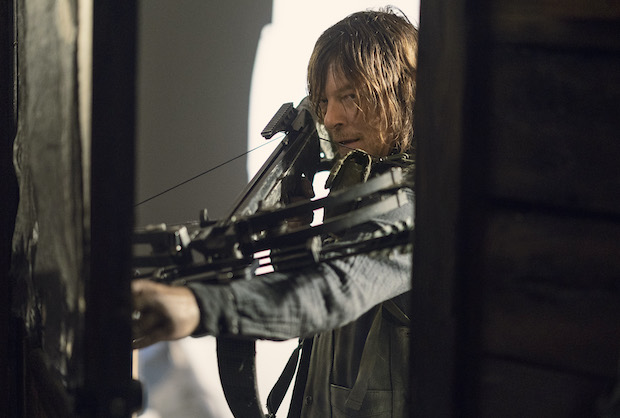 And this was most definitely not the anti-hero into which Glenn and Abraham’s murderer has been twisted since his downfall. No, our new-and-improved Negan looks like he’s going to be spending a dark night of the soul staring down the remorseless villain that we — and perhaps he — thought was gone for good.

Elsewhere in the action-packed promo, newly-returned cast member Lauren Cohan’s Maggie also grapples with Negan’s past. Son Hershel, she says, has asked what happened to the bad man that killed his father. Did he get what he deserved? Which, of course, leads straight to the question of, “Will he ever get what he deserved?” 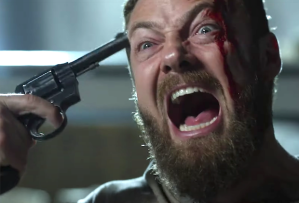 Meanwhile, amid glimpses of guest stars Robert Patrick and Hilarie Burton Morgan in action as, respectively, Mays and Lucille (aka Negan’s late wife), Ross Marquand’s Aaron is seen furiously putting a gun to his own head. WTH?!? Think of Gracie, man! At the same time, Seth Gilliam’s Gabriel warns, “Evil people aren’t the exception to the rule. They are the rule.”

But if the long-running zombie drama has taught us anything, it’s that that isn’t true. And in the last six episodes of Season 10, the preacherman and his pals would do well to remember that. As the official logline teases, when we rejoin the action, “we find our survivors trying to pick themselves up by their bootstraps following the destruction the Whisperers left in their wake. The years of struggle weigh upon them as past traumas surface, exposing their more vulnerable sides.

“As they question the state of humanity, the state of their collective community and the states of their minds, will they find the inner strength to persevere with their lives, friendships and group intact?”

Something tells us that they will, at least until 2022, when Season 11 and the series are set to conclude. To take a peek at the promo, just click on the video above. Then hit the comments with the things you want to see happen before the show’s finale.