Who Is Cristy Lee From Celebrity IOU: Joyride?

HGTV is expanding their reality show empire with a spin-off of one of their popular new shows. “Celebrity IOU” — the show where “Property Brothers” Drew and Jonathan Scott help celebrities renovate houses so they can give back to the people who have impacted their lives — is getting an automotive offshoot.

“Celebrity IOU: Joyride” features “master mechanic” Ant Anstead and “car guru” Cristy Lee, per a press release, as they work with celebrities to renovate cars and “create automotive masterpieces for special people in their lives.” The new series starts August 23 on Discovery+ and features stars like Renée Zellweger, James Marsden, Mary J. Blige, Tony Hawk, Octavia Spencer, and Danny Trejo, as they pay it forward to folks who impacted their lives. The show ended up being even more of a boon for Ant, who started dating Zellweger after their experience filming the show. While it’s not clear how exactly Cristy helped the relationship along, Ant fist-bumped her for being a “proper wingman there” during an interview with ExtraTV.

While HGTV viewers may recognize the British-born Anstead from his appearances on “Christina on the Coast (as well as from his short-lived marriage to HGTV star Christina Haack), automotive fans will probably know him from MotorTrend’s “Wheeler Dealers” and “Ant Anstead Master Mechanic.” His new co-host may not be as familiar to HGTV viewers, though she has also appeared on MotorTrend shows. Before the debut of the new car makeover show, let’s get to know more about Cristy Lee.

This is not the first hosting gig for Cristy Lee 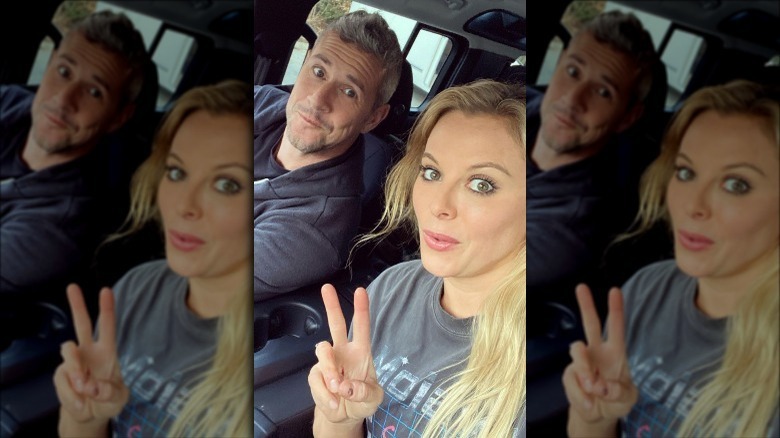 While Cristy Lee may be new to HGTV, she is certainly not new to hosting, or to cars… or even to hosting shows about cars. In fact, eCelebrityFacts calls her “perhaps the most famous television personality in the auto-world.” Cristy is best known for two shows on Discovery’s Velocity Network — later rebranded as MotorTrend. She first co-hosted “All Girls Garage,” which she left to replace Heather Storm as the host of “Garage Squad.” Cristy also worked as a motorsports host and a pit reporter, making appearances on Fox, NBC’s Sports Network, ABC, CMT, and ESPN, according to her website. The beautiful blond is a huge fan of cars, and even more so of motorcycles, after growing up around them with her dad.

Born in sunny Daytona Beach, Florida, Cristy spent much of her childhood riding around with her dad on his dirt bike (her website sports an adorable photo) and helping him with his DIY projects, especially in their garage and working with him on restoring a classic BMW 2002. During her time as a kid in her dad’s auto shop and as she grew up, Cristy quickly fell in love with driving, riding, renovating, and building cars, and is deeply instilled with the DIY spirit.

Cristy Lee is a trailblazer for women in automotive industries 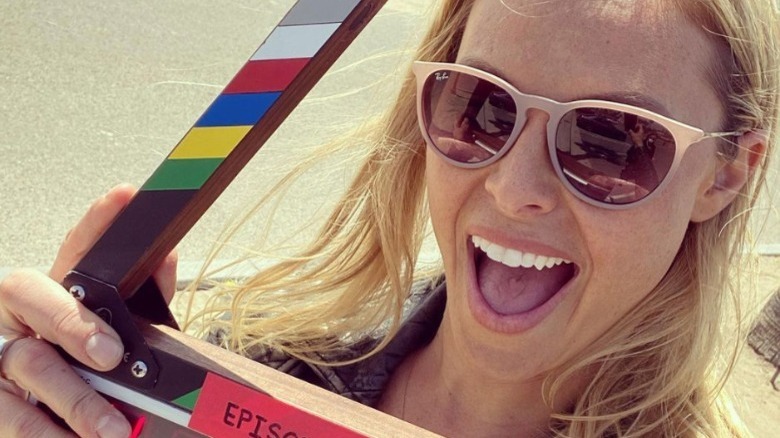 After college, in 2005, Cristy Lee moved to Detroit to pursue real estate opportunities, but the 2008 recession put an end to that (per CarTVShows) — though she remains interested in real estate and interior design. She ended up getting work as a radio DJ and traffic reporter for 101.1 WRIF. While trained as a dancer, according to eCelebrityFacts, and performing with the Detroit Pistons and the NBA, Lee quickly changed her focus back to her original love: cars, motorcycles, and motorsports. She began emceeing games, and eventually won a hosting and reporting position for the American Motorcycle Association. Her various broadcasting, hosting, and automotive experiences led to her breakout on “All Girls Garage.”

Though Cristy is very active on social media, promoting her projects and posting photos of her pitbull on her Instagram and Twitter accounts, she is also extremely private about her personal life. She keeps any romantic relationships quiet (as her co-host Ant Anstead tried and failed to do), preferring to focus instead on her professional life, and on women empowerment and encouraging other women to succeed — particularly those in male-dominated professions, like she is.