Emma, 60, continues to lead an all star cast for BBC’s new dystopian drama, with her character Viv Rook gaining greater support following her launch of the independent Four Star Party in the year 2026.

So far, Viv has managed to divide the future British public with her controversial views as well as the pinnacle Lyons family.

As the future looks bleaker than ever, with the US and China going to war and a devastating baking crisis rocking the nation, surely the public need something to smile about.

The scene got extended

Lee has a cameo role in the third episode of the dystopian drama as a future version of himself teaching Viv the iconic routine.

Speaking exclusively to Express.co.uk about his guest role and working with Hollywood actress Emma, Lee said: “It was great fun to be honest with you. She was amazing.

“She came over and introduced herself to me on the day – walked up to the trailer I was in.

“We had a little chat, walked over to the set together and to be honest with you, if she hadn’t of been that nice and that welcoming, I think it would have been a very different scene.

“She made me feel relaxed and she was very professional. We had a lot of fun,” the guest star added, before revealing because of the way they were working together on set, his time with Emma on screen was lengthened.

“The scene got extended because of the amount of fun that we were having so, I hope rather than being a second or two, there is a good five, ten seconds in that episode.” 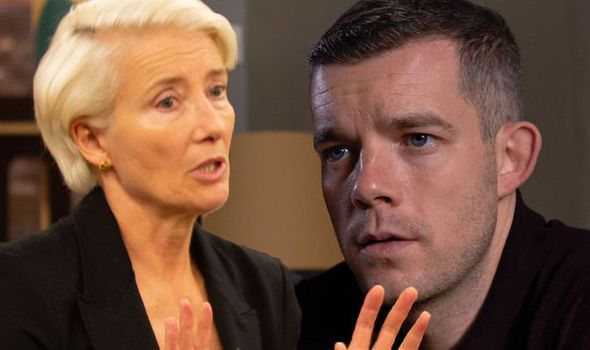 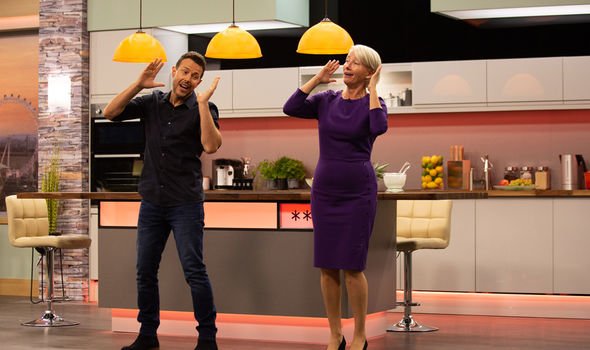 Lee is only starring in the drama for the third episode but as the series continues, viewers will see the Lyons’ lives change forever as the future continues to spiral.

As well as the drama surrounding the family, the dystopian world has also seen the death of Queen Elizabeth and President Donald Trump running a second term in office.

Speaking of why he chose to depict the future as such, writer Russell told Express.co.uk: “I think actually, that was part of the fun of it.

“No-one is going to be shocked by that because these are things I genuinely think is going to happen, especially Trump’s second term. It’s in the air.

“I wanted to put the modern world on screen but with a family so it’s not polemic, it’s not question time in a drama it’s actually a family saga.” 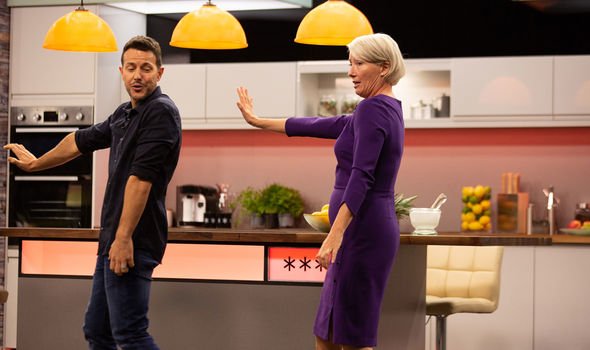 As Viv’s campaign continues tonight, Celeste Bisme-Lyons (played by T ’Nia Miller) and her husband Stephen Lyons (Rory Kinnear) try to put their life back together after losing more than a £1million in the crash of the nations banks.

Stephen’s brother Daniel Lyons (Russell Tovey) on the other hand is desperately trying to reunite with his partner Viktor Goraya (Maxim Baldry) after he was deported to Kiev at the end of last week’s episode.

Amongst the life shattering events, the Lyons siblings also have to deal with the death of their estranged father.

However, on the day of the funeral, the results of the General Election will are announced, but has the Four Star Party done enough to reign supreme?

What will be next for the family as their future continues to throw obstacles their way?

Years and Years airs on BBC One this evening at 9pm.