Piers Morgan wasn’t happy when ITV bosses were told government ministers would not be appearing on Good Morning Britain in the near future. The controversial host slammed the decision and has repeatedly reiterated the need for the government to be held accountable for its decisions in the coronavirus outbreak. As ministers continue to uphold the boycott, Piers blamed Andrew Neil for their decision.

The government has not offered a representative to appear on the ITV show for 22 days.

GMB viewers will be familiar with Piers’ tough interview technique and government ministers are not willing to be grilled by the controversial host.

Andrew appeared on the show today and agreed with Piers over the need for accountability during this crisis.

However, Piers remarked: “You are partly to blame in fact you are almost single handedly to blame for the boycott of Good Morning Britain.

Read more: Tory Ministers should NOT be forced to face questions from Piers 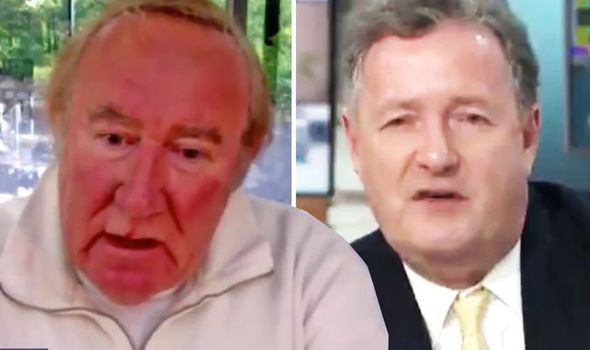 “On Tuesday April 28, the home office minister Victoria Atkins appeared on this programme.

“We had a very vigorous debate and you tweeted immediately afterwards, ‘Who in government takes the decision to send such under prepared ministers onto GMB.

“It’s not a car crash, it’s a massive pile-up. Is the government that bereft of talent, if so better not to send any one it’s excruciating.’”

END_OF_DOCUMENT_TOKEN_TO_BE_REPLACED

END_OF_DOCUMENT_TOKEN_TO_BE_REPLACED
Recent Posts
We and our partners use cookies on this site to improve our service, perform analytics, personalize advertising, measure advertising performance, and remember website preferences.Ok