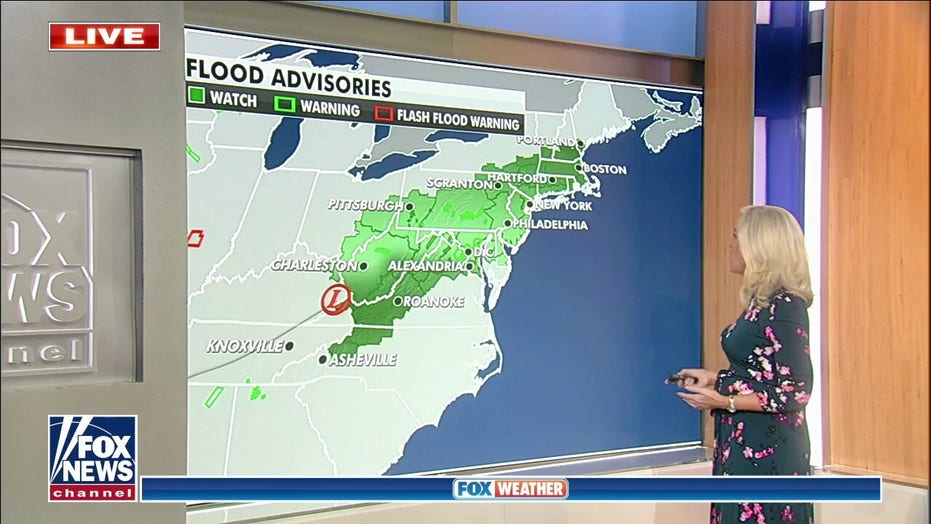 While an earlier report from the Buchanan County Sheriff’s Office said that four people were unaccounted for in the event, the tally was reduced late Tuesday.

“Officials have reduced that number to one person remains unaccounted for in the flash flood that occurred in the Hurley, Va. community,” Chief Deputy Eric Breeding wrote in a post on Facebook.

On Tuesday, Virginia Gov. Ralph Northam declared a state of emergency to respond to impacts from the storm, which was expected to dump heavy rains from the central Appalachians into New England on Wednesday.

Severe weather was expected to continue in parts of the state through Wednesday or Thursday as remnants from Ida arrive.

The agency warned of heavy rain, dangerous flash flooding and the enhanced risk for several tornadoes across parts of the Mid-Atlantic on Wednesday.

More than 1 million homes in Louisiana and Mississippi were left without power when Hurricane Ida struck the region on Sunday and at least four deaths have been reported across both states – though that number was expected to rise.