At least 600 people in Ethiopia’s northern region of Tigray were brutally killed during an offensive earlier this month by the county’s federal forces against the Tigray People’s Liberation Front, or TPLF, according to a report Tuesday.

The bodies were located in the town of Mai Kadra shortly after the Nov. 9 advancement, Ethiopia’s human rights commission said, according to the Washington Post. 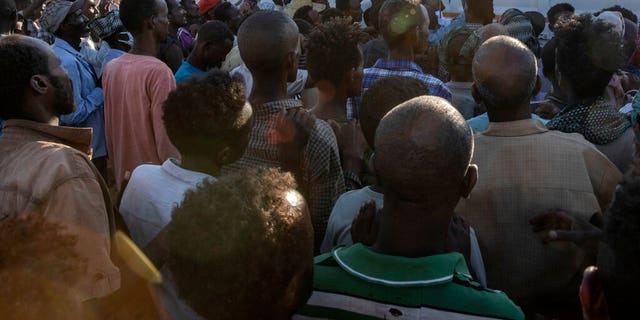 Some of the bodies were found with injuries and with stab wounds, which “indicate the commission of a grave human rights violations which may amount to crimes against humanity and war crimes,” the commission said.

The report said the attack could have been based on the victims’ ethnicities.

Prime Minister Abiy Ahmed, who won the Nobel Peace Prize in 2019, attempted to centralize power in the country in the Horn of Africa in September and was reportedly furious over Tigray’s decision to hold its own election after the national elections were postponed due to COVID-19.

The conflict is seen by experts as a serious threat to destabilize the region. The TPLF has a formidable force and there is a threat of civil war.

Michelle Bachelet, the United Nations human rights chief, said, “The highly aggressive rhetoric on both sides regarding the fight for Mekele is dangerously provocative and risks placing already vulnerable and frightened civilians in grave danger.”

He said the allegation that Tigray leaders were hiding among civilians “does not then give the Ethiopians state carte blanche to respond with the use of artillery in densely populated areas.”

END_OF_DOCUMENT_TOKEN_TO_BE_REPLACED

END_OF_DOCUMENT_TOKEN_TO_BE_REPLACED
Recent Posts
We and our partners use cookies on this site to improve our service, perform analytics, personalize advertising, measure advertising performance, and remember website preferences.Ok