Home » World News » ‘A bit more to this’: How the story of the Yiayia next door came full circle

‘A bit more to this’: How the story of the Yiayia next door came full circle

Three years ago, I walked up the driveway of a house in Reservoir to meet a Greek grandmother and the two young men who were her next-door neighbours.

I was there to conduct an interview for a human interest story about an Instagram account, Yiayia Next Door, which had captured the internet’s attention with its heartwarming mix of delicious food and over-the-fence connection.

As The Age’s story would reveal, there was much more to the relationship sitting below the surface. Their lives had been shaped by tragic circumstances that had taken place in the same house years earlier. 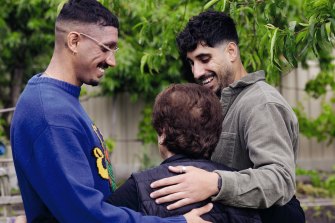 In 2013, Daniel and Luke Mancuso’s mother, Teresa, was stabbed to death by their father in a shocking case of family violence. Their elderly neighbour, Nina, had called the police for help and later took the boys under her wing by feeding them. 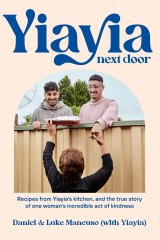 The new cookbook, by Plum Publishing, from Daniel and Luke Mancuso (with Yiayia). RRP: $36.99Credit:Mark Roper/Plum

I’ve stayed in touch with the Mancusos since that meeting and watched how their lives have changed. This week, they released a cookbook showcasing some of the meals that Yiayia passes over that famous steel green and cream fence.

The book includes a bunch of authentic Greek recipes from Nina’s repertoire (although getting the correct measurements wasn’t easy as she doesn’t use any), as well family dishes from other yiayias sent in by people that follow their page. I was lucky enough to write the introduction.

As a journalist, it can be hard to know which stories will connect with readers but that one definitely did.

The feedback flooded in immediately and has led to a series of opportunities for Daniel and Luke, including the cookbook published by Pan Macmillan imprint Plum. The story was one of the most-read stories on The Age’s website for the year.

“I received so many messages or calls from people saying they were crying and that they felt like they were part of that story,” says Daniel, looking back on it.

In addition to the cookbook, which provides a physical legacy of their mother’s memory, they have become advocates against family violence and raise money for charity.

“I received so many messages or calls from people saying they were crying and that they felt like they were part of that story.”

A portion of the proceeds from the book is being donated to the Australian Childhood Foundation, an organisation which aims to protect children from family violence.

Daniel and Luke have also retold their story to many media outlets, spreading a message of breaking down barriers and connecting with your neighbours. The cookbook reflects their emphasis on having fun, rather than being buried in sadness.

None of this was what the Mancusos expected when they started the Instagram page as a bit of fun for their friends all those years ago.

I can still recall talking to Daniel on the phone when I finally managed to get hold of him before our interview in May 2019.

“There’s a bit more to this that we’d like to share,” he told me over the phone.

I had anticipated it would be a serious interview, after a colleague who already followed the page told me to Google a court case involving the death of Teresa Mancuso.

We didn’t know each other but Daniel and Luke trusted me to tell the story of what happened to their mother that night and how they had coped with it – with the stomach-filling help of Nina. The book is dedicated to their mother.

There is still one unanswered question in the whole story: Yiayia’s identity. Nina has consistently refused to have her face shown in pictures, even after the story went viral. In the cookbook, she is simply referred to as “Yiayia”. 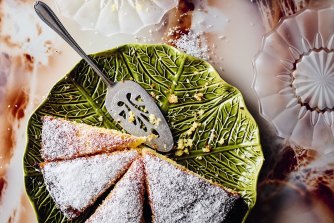 The boys have had to be creative about keeping Nina anonymous, sometimes pasting grandma emojis over her head in their posts.

Really, it doesn’t matter what she looks like, as it encourages people to connect more deeply with the story. Yiayia could be anyone’s neighbour or grandmother and her instinctive kindness is a lesson for us all.

Yiayia Next Door by Daniel & Luke Mancuso (with Yiayia) is out now. It’s available in bookstores, online and through their website.

In need of some good news? The Greater Good newsletter delivers stories to your inbox to brighten your outlook. Sign up here.