Overseas New Zealanders are being asked to "meddle" in their looming national election, as part of a new citizen-led campaign designed to increase voter turnout. 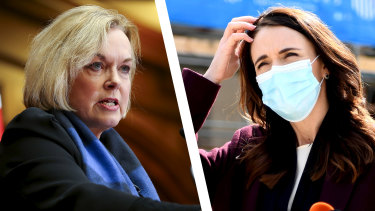 Prime Minister Jacinda Ardern regularly exhorts New Zealanders to band together as "team of 5 million" to tackle the COVID-19 pandemic.

But as the country's October 17 election approaches, an Auckland resident who spent 15 years living in New York, Shanghai and Amsterdam has launched a non-partisan campaign to get New Zealand citizens living overseas to vote.

Tracey Lee, a brand strategist and sociologist, teamed up with creative agency Special Group and film partner Sweetshop to launch the Every Kiwi Vote Counts campaign on Wednesday, the first day overseas citizens can vote. All donated their time and expertise. A handful of voters also donated to the campaign's "shoestring budget". 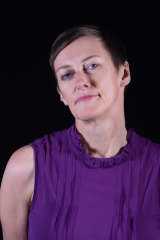 And Lee has a message for the country: "We are actually a team of 6 million New Zealanders, not just the 5 million living in the country, and we are urging all Kiwis to vote".

Voting is not compulsory in New Zealand.

The most recent 1 News Colmar Brunton poll of 1005 voters, conducted from September 23-27, projects that Labour – who currently governs in coalition with the Greens and NZ First – is on track to claim an outright majority in the election. Ardern was preferred PM for 54 per cent of those polled, well ahead of National leader Judith Collins on 23 per cent.

The pair will go head to head in the second of three debates on Wednesday evening.

In a nod to the scandal over Russian interference in the 2016 US national election, the campaign launched a tongue-in-cheek video featuring a Russian man named Viktor, who says he is planning to meddle in New Zealand's election.

"There are close to one million New Zealanders living overseas. That's like, what, another 20 per cent of our population? Imagine if every one of you who could vote, voted? Now that would have a serious sway."

Lee said it had used the idea of meddling to "break the inertia of overseas New Zealanders" and increase turnout.

That overseas diaspora is about as large as the 1.1 million population of the country's South Island. Australia is home to the vast majority of overseas-based New Zealanders — about 700,000.

"These people are still part of New Zealand, they represent a massive proportion of the population, an additional 20 per cent of the population. And that group that is overseas, they are a quarter of our tertiary-educated population," Lee says.

"Plus we have two referendums [on legalising recreational marijuana and assisted dying] too, so this will shape the long-term future of the country."

"In this time of COVID people are more conscious of their vulnerability offshore and that the world is not in great shape – so there’s also that desire to make sure that the New Zealand that they could come home to is still in good shape."

New Zealanders voting overseas have typically voted by postal ballot but it has been possible to vote online since 2014, in what the New Zealand Election Commission describes as a "download-upload service".

"The number [of expatriate New Zealanders] has been rising. And yes, we do put the rise down, in large part, to the download-upload service, which makes it easier for people overseas to vote."

Would-be overseas voters have to provide official identification and sign a statutory declaration too.

END_OF_DOCUMENT_TOKEN_TO_BE_REPLACED

END_OF_DOCUMENT_TOKEN_TO_BE_REPLACED
Recent Posts
We and our partners use cookies on this site to improve our service, perform analytics, personalize advertising, measure advertising performance, and remember website preferences.Ok