Alan Titchmarsh today condemned plans to build a ‘towering’ incinerator in the heart of Jane Austen county – with two chimneys nearly as tall as Big Ben.

The 72-year-old TV gardener said he has been left ‘saddened’ by the ‘inappropriate and irresponsible’ proposal to build the enormous waste dump near his £1million home in the Hampshire countryside.

He is one of more than 5,000 people to oppose the plans submitted by waste giants Veolia, making it ‘one of the UK’s most objected planning applications’.

Under the controversial proposals, a huge incinerator will be built in the celebrated area next to the South Downs National Park and will burn up to 350,000 tonnes of industrial and commercial waste a year.

The incinerator will be 150 metres long, 40 metres high, and will have two 80 metre chimneys. It is said the site will be visible from more than 10km away.

Titchmarsh, 72, spoke out against the proposed plant close to his home in Holybourne, near Alton, as the Environment Agency launched a public consultation. 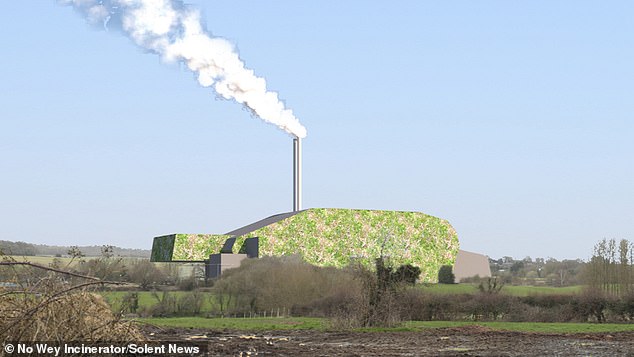 Under the controversial proposals (pictured), a huge incinerator will be built in the celebrated area next to the South Downs National Park 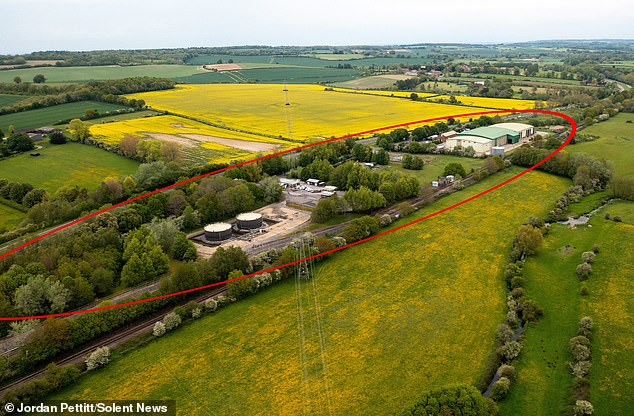 The proposed site for the incinerator near Alton, Hampshire. Circled in red

He said: ‘At a time when we are all rightly being urged to organise our lives so we re-use, recycle and repurpose materials it is quite irresponsible to build a towering incinerator in a rural part of a county which already has three incinerators – in Portsmouth, Southampton and Basingstoke.

‘Positioning a fourth on the edge of the South Downs National Park in a rural situation is not only inappropriate, it is irresponsible. 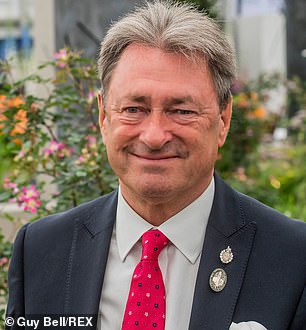 ‘It saddens me after a year when the countryside and green open spaces have proved their worth in terms of our mental health that such a proposal should even be considered.

‘I do hope that common sense and the potentially deleterious effect of such an undertaking will result in a rejection of these totally inappropriate plans.’

Veolia claims the waste-to-energy plant will provide electricity for around 75,000 homes and stop 400,000 of waste being sent sent to landfill.

But a campaign group set up by locals say it is unnecessary – and that Hampshire will become ‘the incineration dustbin of the South of England’.

The No Wey Incinerator group said: ‘The choice of site is wrong for an industrial incinerator. It is in the heart of the Wey Valley and less than a mile from the National Park boundary.’

The group added: ‘The waste will come mostly from outside the county, making Hampshire the incineration dustbin of the South of England. 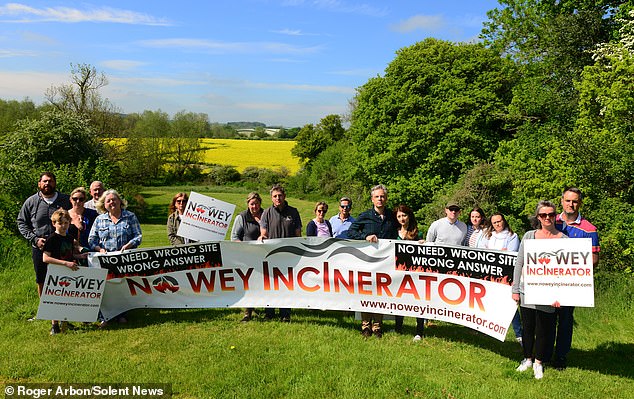 Members of the ‘No Wey Incinerator’ group gather to show their objection at West End Flower Farm. The proposed site can be seen in the background 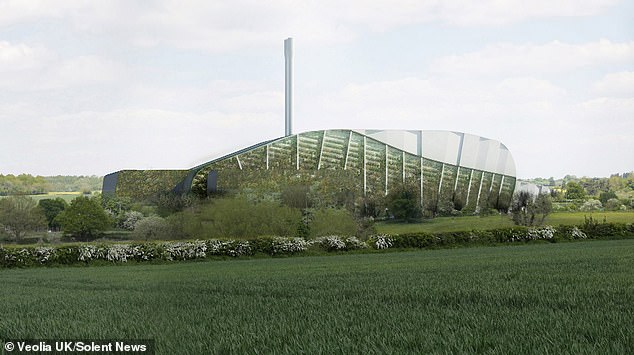 The contractor says the incinerator would provide electricity for 75,000 homes, prevent 400,000 tonnes of waste being sent to landfill or exported each year and save 65,000 tonnes of carbon emissions per annum

‘The Hampshire Minerals and Waste Plan clearly shows that the county already has enough incineration capacity to meet its needs, but lacks recycling capacity.

‘If the planning application is approved, the recycling facility currently at the site will have to close. At present there is no plan for an alternative recycling site, so Hampshire’s problem will become even worse.’ 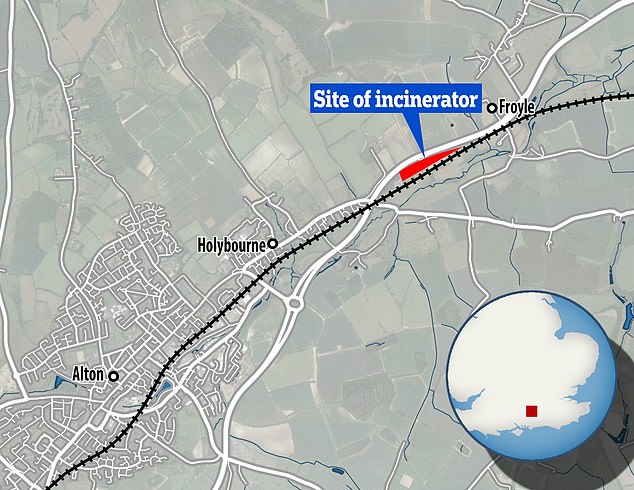 Proposals for the huge waste plant in the Wey Valley, 1km from the boundary of the South Downs National Park 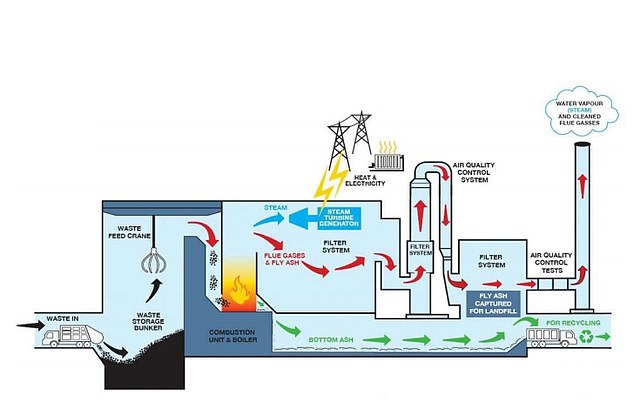 How the plant would work: Raw materials are delivered into an enclosed tipping hall and fed by crane grab from a bunker into the boiler hopper. Waste is then fed into the boiler on a moving grate, where it then combusts at a minimum of 850c. The heat given off is used to generate steam through a pipe circulation system. The steam is then fed to turbines in a turbine hall which generate electricity. Some of the electricity is used to operate the plant, the rest is fed to the local electricity distribution network 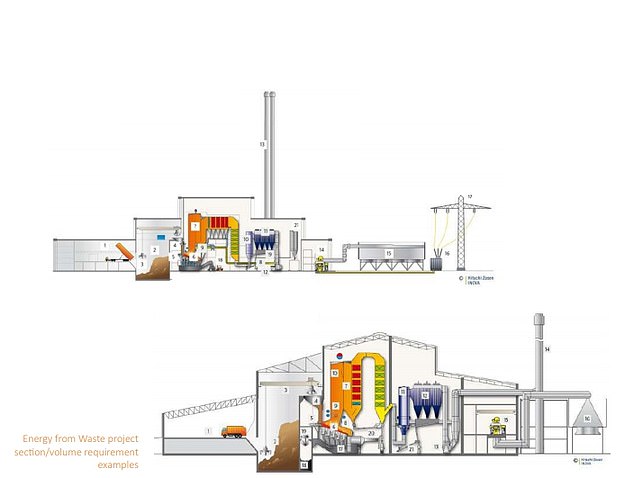 Veolia says the plant would produce electricity by incinerating commercial and industrial waste. Pictured, diagrams submitted by the developer showing how the plant would operate 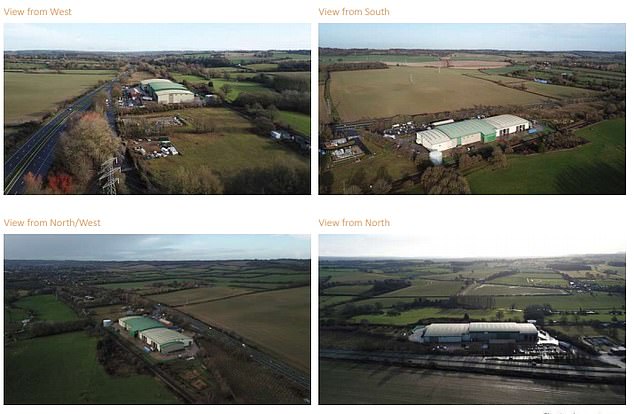 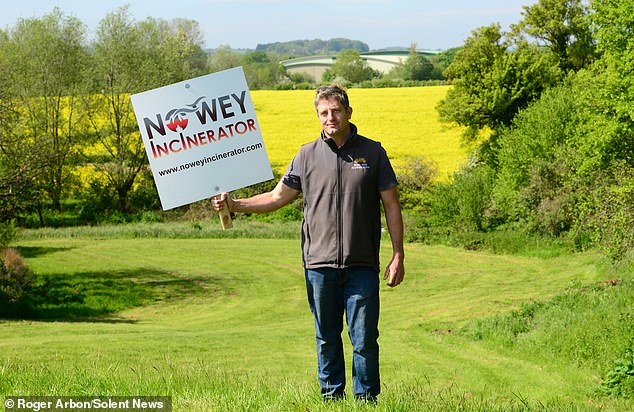 Will Butler, who runs the nearby West End Flower Farm. The current Veolia building can be seen in the background 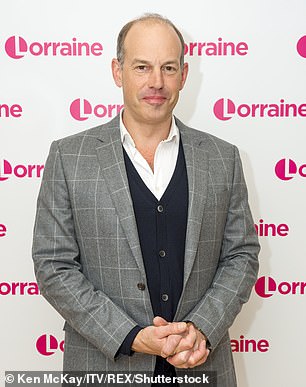 He said: ‘If this proposal goes ahead, this enormous waste incinerator will be the first significant building after passing the county boundary signs welcoming you to “Jane Austen’s County”.’

Will Butler, 41, runs a 26-acre flower farm which as been in his family for more than 100 years – but being just 350 metres from the proposed incinerator, he says it will have a ‘catastrophic’ impact on his business.

The married father of three’s West End Flower Farm attracts people from across the county for its colourful crop, its picturesque lakes, and it also hosts weddings – but this is now under threat by the ‘eyesore’.

Mr Butler, whose business prides itself on its organic principles, said: ‘We are a business that relies on the natural landscape around us.

‘It’s difficult to quantify exactly what will happen if it’s built but we’ve got to be realistic, it will be catastrophic for us.

‘The prevailing wind is south-westerly so anything that comes out of that property will come straight over our property. 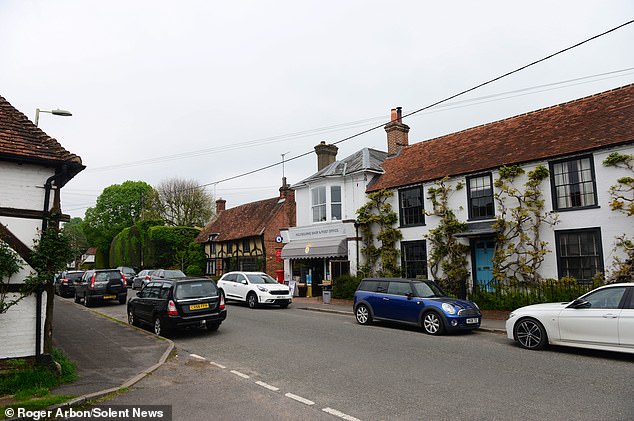 The nearby leafy village of Holybourne. Alan Titchmarsh told how he has been left ‘saddened’ by the ‘inappropriate and irresponsible’ proposal to build the enormous waste dump 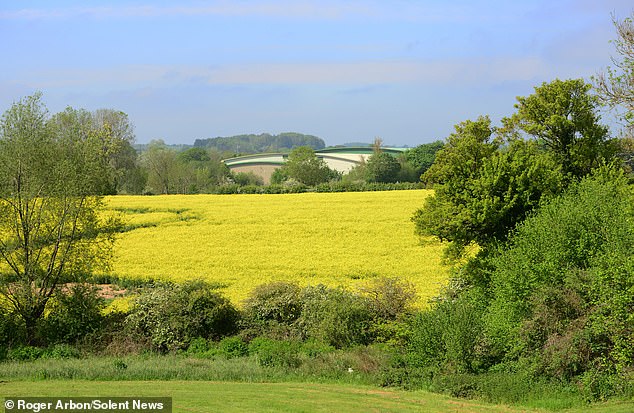 View across the fields from the nearby West End Flower Farm. The current Veolia building can be seen 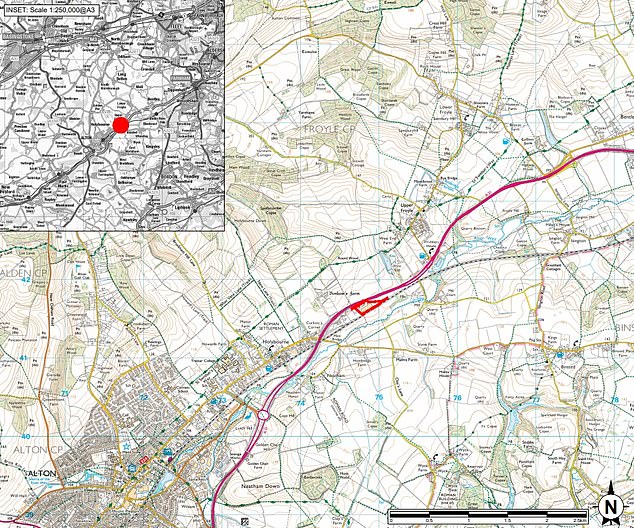 The site of the proposed development, on the A31 near Alton in Hampshire

‘They [Veolia] claim it will be fine but any foreign body put into the atmosphere and out across the environment is not going to be positive.

‘For many reasons it’s 100 per cent the wrong place to have an incinerator.’

Colin Chiverton, area environment manager at the Environment Agency, said the public consultation is looking for comments from people about ‘environmental or health considerations’.

The consultation runs until June 24.