More than half of the £19.1 billion paid out in student loans last year will be written off – with the taxpayer picking up the bill.

Official Department for Education figures estimate just 47 per cent of the money lent to university students in 2020-21 to cover their annual £9,250 tuition fees and living costs will be repaid – leaving a shortfall of about £10 billion.

Graduates need to earn at least £27,295 a year before they are eligible to start repaying their debt, with some never reaching it.

Any outstanding loans are written off after 30 years and only a quarter of students who started full-time degrees last year are expected to repay their loans in full. 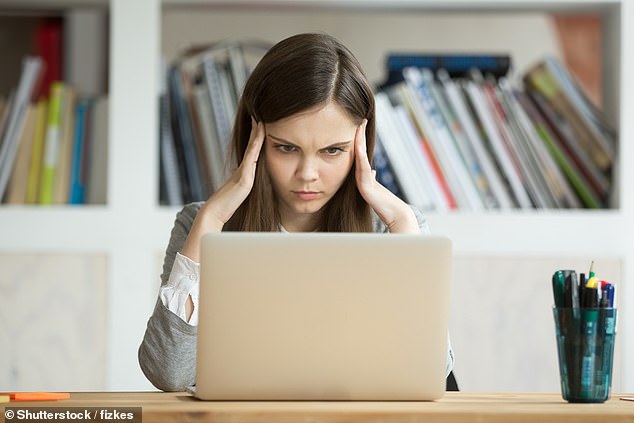 More than half of the £19.1 billion paid out in student loans last year will be written off – with the taxpayer picking up the bill

The huge taxpayer subsidy has raised questions about the number of youngsters heading to university, the value of courses where graduates end up in low-paid ‘McJobs’ and the shortage of skilled workers in key areas of the economy, such as IT and engineering.

Chris McGovern, chairman of the Campaign for Real Education, said: ‘Student loans have become a financial black hole, sucking in more and more of taxpayers’ money and offering too many young people no more than under-employment, disappointment and a mountain of debt in return.’

The level of student debt write-off is driving a Government rethink. Options include lowering tuition fees to £7,500 or the salary threshold so more graduates start paying back sooner. Increasing the repayment period from 30 to 35 years would also save an additional £1 billion.

Graduate Sorcha Ingram, who has a degree in publishing with English from Kingston University, said she had applied for more than 25 publishing and media jobs or internships within the past three months but in most cases had not even received a rejection letter. 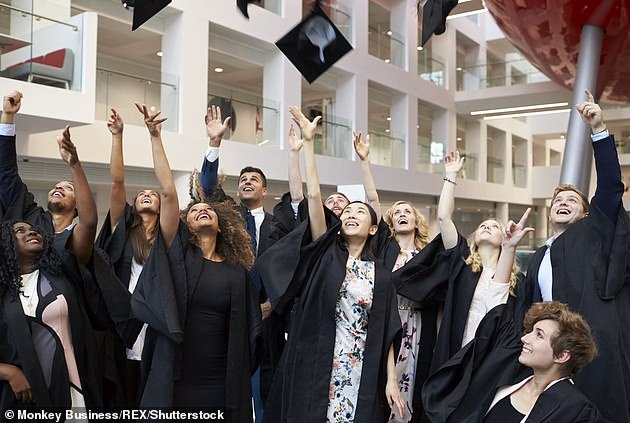 Graduates need to earn at least £27,295 a year before they are eligible to start repaying their debt, with some never reaching it

‘Tuition fees are outrageously expensive, especially given how hard it is to find a job at the moment,’ she said.

A Department for Education spokesman said: ‘Recent reforms to the system are at the heart of our plans to build back better, ensuring it is financially sustainable for the taxpayer, while also driving quality and standards so students can be confident that their course will help improve their life outcomes, and that they are geared to real jobs and employers’ needs.’