ANNA MIKHAILOVA: MPs have been using taxpayers’ money to learn a foreign language that has questionable relevance to their constituents or parliamentary duties

Amid the mire of sleaze squelching around the Tory Party, there has been a lack of plain-speaking.

And yet MPs have been using taxpayers’ money to learn a foreign language that has questionable relevance to their constituents or parliamentary duties. For example, Shrewsbury and Atcham Tory MP Daniel Kawczynski is so ‘proud’ of his Polish roots that, in his fifth decade, has decided to learn the language – at a cost to taxpayers of £13,754 over five years.

Commons officials tell me that any MP can apply to be reimbursed for learning a foreign tongue if they reckon it’s ‘in connection with their Parliamentary duties’.

However, Kawczynski is the UK’s trade envoy to… Mongolia. Luckily he’s lost no time courting the mineral-rich country’s ministers in a way that is wholly unconnected, of course, to the second salary of £36,000 he gets from a mining investment company. Hopefully at his next lesson, Warsaw-born Kawczynski might learn how to say ‘przepraszam’, Polish for ‘sorry’, a word he seems to struggle to say in English. The MP was found to have bullied staff and called one ‘useless’ – which is also what his Polish teacher might be telling him after five years of classes. 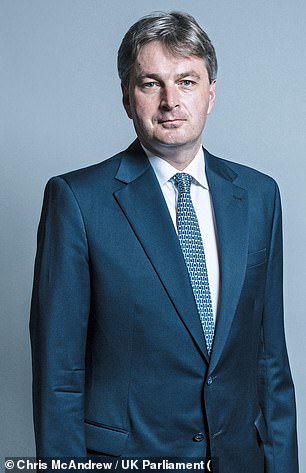 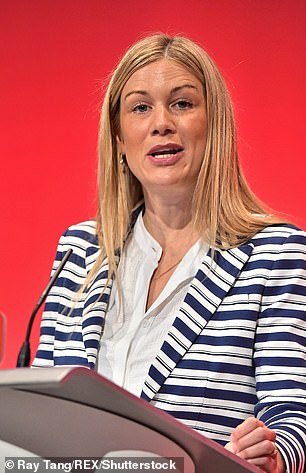 Other MPs learning a foreign lingo with voters picking up ‘il conto’ include Labour frontbencher Ellie Reeves(Italian) and the SNP’s Angus MacNeil (Icelandic). There is a pattern of MPs learning a new language that directly relates to the All-Party Parliamentary Groups (APPGs) they sit on.

Kawczynski chairs the Poland group, while Tory Stephen Crabb – who’s been learning French – is on the France one. Reeves co-chairs the APPG for Italy, and Mark Menzies, the Tory MP for Fylde in Scotland, has cost taxpayers thousands of pounds for Spanish lessons while chairing a Latin America APPG.

The Commons website makes it clear that APPGs ‘have no official status within Parliament’.

They are often funded by private companies and are notorious as a breeding ground for lobbying – or simply an excuse for paid-for foreign jollies.

I can’t help but feel the taxpayer is being taken for a ride – in any language.

The former Met Police chief who oversaw Operation Midland, the bungled VIP sex abuse inquiry, has been given a job training police officers in India, I can reveal. (Lord) Bernard Hogan-Howe spent last month imparting insights – for a fee – at the Sardar Vallabhbhai Patel National Police Academy in Hyderabad.

He follows in the plodsteps of his Met Commissioner predecessor Lord Blair who trained officers at the same academy after he was sacked following several scandals including a row involving discrimination claims by Asian officers.

After the Government’s attempt to rip up the rule book to save its Tory mate Owen Paterson from suspension for lobbying, Sir Keir Starmer devised a dazzling solution for cleaning up ‘sewer’ politics: Another quango.

If elected PM, Sir Keir promised to set up an Office for Value for Money. Clearly, he’d not read the report by ex-chair of the Competition and Markets Authority Andrew Tyrie that the UK is a ‘quango state’ and their powers need scaling back.