Anti-social behaviour affected a million more in the last year

Anti-social lockdown: Bad behaviour affected a million more in the last year as two-fifths of Britons suffered problems such as noise, damage to property and verbal abuse

Two-fifths of Britons experienced anti-social behaviour over the past year during the pandemic – the highest level on record.

The number of people suffering from problems including noise, damage to property and verbal abuse has jumped 5.5million in the past decade.

Every area in England and Wales saw an increase in people being subjected to yobbishness and vandalism in the past five years, analysis of crime figures has found.

Anti-social behaviour reported to the police normally relates to incidents such as groups being noisy in residential areas at night. It can include more serious issues, such as graffiti or drug use and dealing.

The rise is an exception in a year during which nearly all other kinds of crime fell. 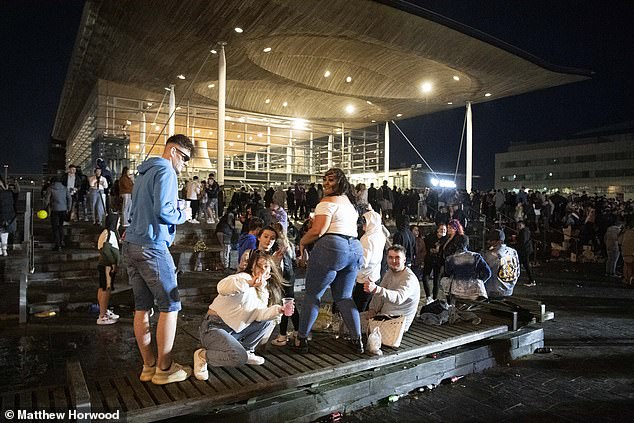 Two-fifths of Britons experienced anti-social behaviour over the past year during the pandemic – the highest level on record. Pictured, people at the Welsh Parliament 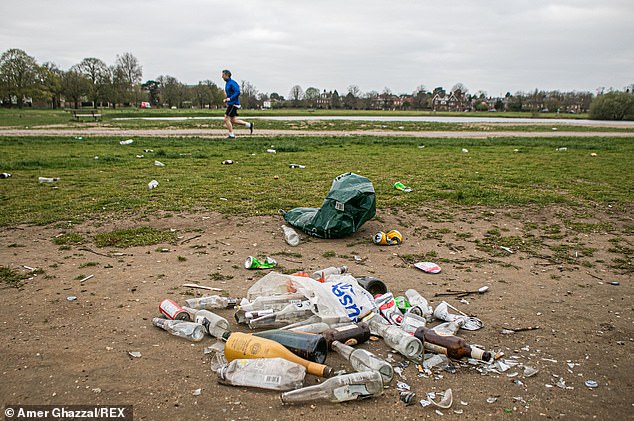 Every area in England and Wales saw an increase in people being subjected to yobbishness and vandalism in the past five years, analysis of crime figures has found. Pictured, rubbish waste of empty beer cans and wine bottles left by revellers on Wimbledon Common

The analysis of the Crime Survey for England and Wales (CSEW) by Labour found two-fifths of respondents had experienced anti-social behaviour in their local area – the highest since questions on it were first included in the crime survey in 2011.

In the past year, seven per cent of people said they experienced high levels of anti-social behaviour, while a fifth highlighted concerns about using or dealing drugs.

Rubbish and litter was a cause of complaint for 27 per cent, while 13 per cent were concerned about vandalism and graffiti. Some 14 per cent said they worried about teenagers hanging around on the streets.

Nick Thomas-Symonds, Labour’s shadow home secretary, said: ‘The shocking rise in the number of people experiencing anti-social behaviour is a huge cause of concern for families and communities.

‘People deserve to feel safe and secure in their neighbourhoods and town centres.’

He said Labour would introduce a new ‘Victims’ Law’ to give those who experience anti-social behaviour the same rights as victims of crimes.

In a report a year ago, police said reports of bad behaviour had risen nearly 60 per cent in the month since lockdown was imposed in March.

The National Police Chiefs Council (NPCC), which published the figures, said the rise was likely to be linked to breaches of lockdown measures – with more than 3,200 fines issued in England. Overall, crime fell by 28 per cent, with rape and burglary allegations down by 37 per cent.

Martin Hewitt, chairman of the NPCC, said at the time that it was not surprising that crime had dropped significantly given that pubs, bars and most shops were closed and people were staying at home.

Other figures showed that shoplifting plummeted by 54 per cent, with serious assaults, robbery and car crime all down by 27 per cent. There were also reductions in 999 and 101 calls as more people reported offences online.

However beauty spots and parks have been left covered in litter over the past year, with people meeting outside due to lockdown.