A pair of divers discovered the eerie underwater grave of a woman with a deformed skull who lived on Mexico’s Yucatan Peninsula 9,900 years ago, making her one of the earliest known inhabitants of the area. Vicente Fito and Ivan Hernandez first found the woman’s remains in September 2016 while diving in the Chan Hol cave near Tulum, prompting an international team to get to work analysing the mysterious skeleton, dubbed Chan Hol 3. While the skeleton is only about 30 percent complete, the researchers were able to discern that it belonged to a woman who stood roughly 5 feet, 4 inches (1.64 m) tall and was about 30 years old when she died.

Historian Matthew Sibson explained on his channel “Ancient Architects” last week why the find is so important.

He said: “The traditional view of human occupation and one that is being challenged all the time is that people crossed a land bridge connecting Asia to North America around 12,000 years ago.

“But sinkhole caves in the Yucatan Peninsula have so far unearthed nine skeletons, including a teenage girl who has been linked to modern Native Americans and implies that humans had already reached this far south 12,000 years ago.

“The traditional view is constantly being turned on its head and now many alternative researchers are pushing the timeline of human occupation of the Americas back in time tens if not hundreds of thousands of years. 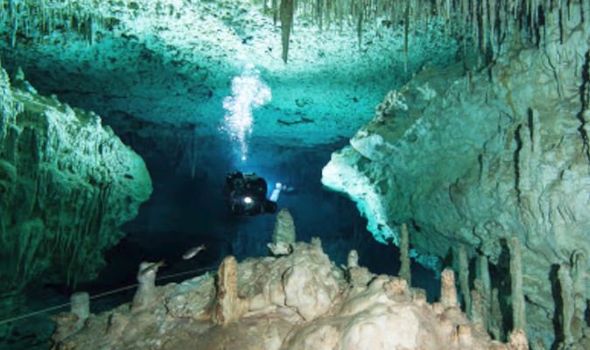 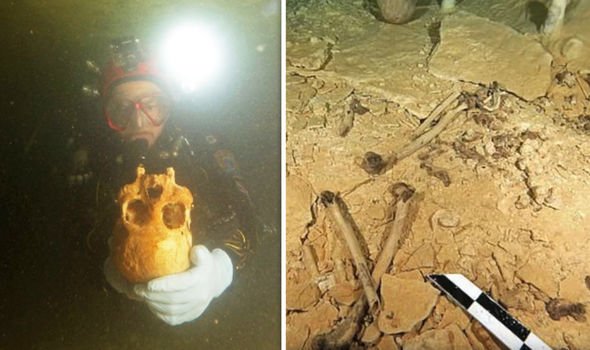 It’s an archaeological haven with untouched finds dating back many thousands of years.

“But the discovery of a skeleton that is at least 9,900 years old is certainly an early find.

“Back in September 2016, explorers were mapping a Yucatan cave called Chan Hol, where they discovered the ancient female, dubbed Chan Hol 3 by the experts, but due to the salty cave water, the collagen in the bones had degraded, meaning radiocarbon dating methods would not work.”

Mr Sibson theorised how the woman may have died.

He added: “But calcite from stalactites had dripped onto the female’s fingers and due to the low levels of uranium and thorium in calcite, experts dated the deposits to around 9,900 years ago, meaning the skeleton is certainly older.

“The skeleton had tooth cavities, indicating a high-sugar diet and we know she died at around 30 years of age. 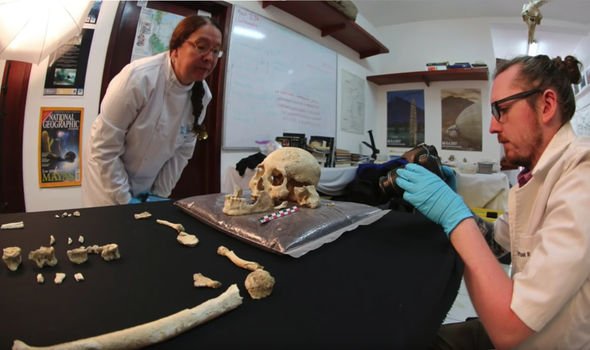 “Her cause of death is unknown but from analysing the skull, she did suffer three skull injuries in her life, all of which healed.

“Her skull was also pitted with crater-like deformations, lesions that look like those caused by a bacterial infection, like syphilis.”

Mr Sibson explained what else was found in the area.

He added: “She clearly had a very hard life and a very unhappy end.

“Experts are speculating that she may have been expelled from her group and was killed in the cave, or was left in the cave to die. 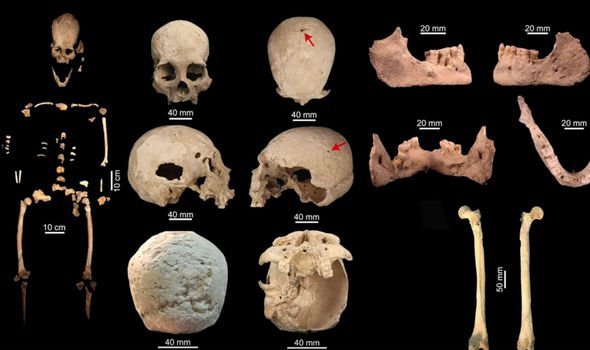 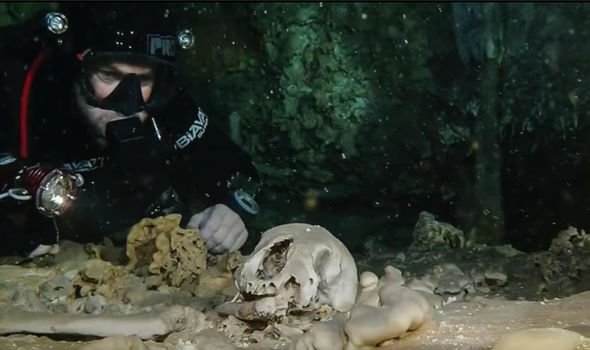 “Analysing the skull in more detail and it was a round skull with a low forehead, one of two groups found in Mexico, the other having longer skulls.

“It implies that in Mexico thousands of years ago, there were two human groups, both having clear differences and were probably two separate cultures, yet they co-existed between 12,000 and 8,000 years ago.

Mr Sibson went on to discuss how the find is helping to rewrite history in South America.

He continued: “The cave today is full of salty water, but in the past, during the last glacial maximum and for a few thousand years after, sea level was more than 100 metres lower than today.

“The cave system would, therefore, have been completely dry and accessible to humans and animals.

“It probably filled with water during a period of rapid sea-level rise around 8,000 years ago.

“The amazing thing about this is that humans have not been inside this cave ever since and it is, therefore, an archaeological haven with untouched finds dating back many thousands of years.

“These kinds of finds are constantly rewriting history and many experts are now thinking the migration into the Americas began around 20,000 years ago and humans were in South America 18,500 years ago.”

END_OF_DOCUMENT_TOKEN_TO_BE_REPLACED

A mum is warning others about bath toys after her little son was nearly blinded following a terrifying tub incident. Eden Strong said she didn’t think much at first after her little by Baylor squirted himself in the eye with a toy while in the bath. But she started to

END_OF_DOCUMENT_TOKEN_TO_BE_REPLACED

Typically, presidential elections are fought and won in the so-called tipping-point states — places such as Wisconsin or Pennsylvania that statisticians consider most likely to put one candidate or the other over the top in the Electoral College. But with President Trump and his family signaling that he will refuse

END_OF_DOCUMENT_TOKEN_TO_BE_REPLACED

END_OF_DOCUMENT_TOKEN_TO_BE_REPLACED
Recent Posts
We and our partners use cookies on this site to improve our service, perform analytics, personalize advertising, measure advertising performance, and remember website preferences.Ok