New York: The armourer overseeing weapons used in the filming of the Western Rust is suing the prop supplier, alleging his company distributed live ammunition on the set where police say actor Alec Baldwin fired a round that killed cinematographer Halyna Hutchins. 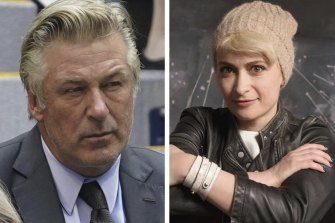 Kenney could not be reached for comment. In a December interview with ABC News, Kenney denied that live rounds on set came from his company.

“The introduction of live rounds onto the set, which no one anticipated, combined with the rushed and chaotic atmosphere, created a perfect storm for a safety incident,” the lawsuit states.

The October 21 shooting is under investigation by authorities in New Mexico and has rocked show business, claiming the life of the rising star cinematographer and wounding the film’s director, Joel Souza.

Reed’s suit says she recalls loading the gun with rounds labelled as dummy ammunition, shaking the box to create the signature jingling sound that the inert rounds should make.

“To the best of Hannah’s knowledge, the gun was now loaded with 6 dummy rounds,” the suit said. 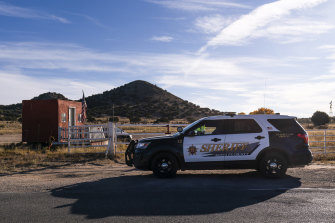 A Santa Fe County Sheriff’s deputy briefly talks with a security guard at the entrance to the Bonanza Creek Ranch, the set of Rust, in Santa Fe.Credit:AP

The suit also says she had given up control of the gun for 15 minutes before the shooting because COVID protocols kept her out of the church where the shooting took place. The shooting was not captured on film because Baldwin was practising for a scene to be shot later.

Baldwin told ABC News he did not pull the trigger, saying the Colt revolver went off when he was cocking the gun and rehearsing camera angles with Hutchins.

The Santa Fe County Sheriff’s Office that is leading an investigation into the cause of the death has said it is too soon to determine whether charges will be filed. Investigators have described “some complacency” in how weapons were handled on set.