Home » World News » ‘As low as it gets’: Elderly man and woman terrorised in burglary spree across Perth’s south

Police are investigating a series of burglaries involving a group of young offenders who went on a spree in Perth’s south, terrorising an elderly man in his home and pushing an elderly woman to the ground, dislocating and fracturing her shoulder.

On Wednesday afternoon, a group of three to four men, described as in their teens and early 20s, stole a silver Honda CRV, registration MH544E, during a home burglary in Melville. 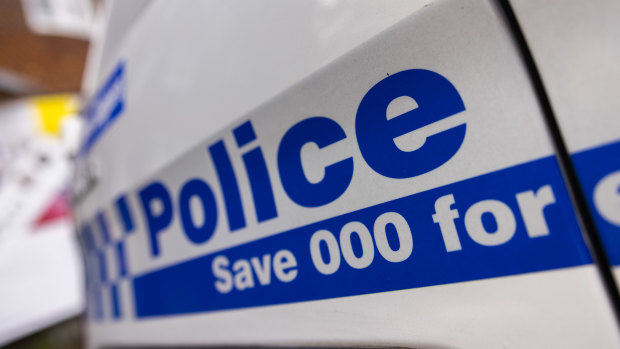 Police are searching for further information and no arrests have been made. Credit:Cole Bennetts

At 1.30pm they drove the stolen car to Spearwood and broke into the home of an 89-year-old man, who confronted the offenders, as they demanded money before searching his home.

Fearing for his safety, the 89-year-old waited on the couch for the group to finish their search and leave before contacting his family, who called police.

It is believed the same group then committed another home burglary in Winthrop before driving to the Westfield Booragoon shopping centre at 3pm.

At the shopping centre, a 75-year-old woman was walking to her vehicle when one of the offenders approached her from behind, pushed her and stole her handbag.

The push caused the woman to fall forward onto the ground, hit her head, and dislocate and fracture her shoulder.

She sustained severe bruising to her face, elbows, hands and wrists.

Police said the woman would require surgery on her shoulder, and was awaiting the result of scans to confirm if she also sustained facial fractures in the fall.

The offenders figured out the woman’s home address after stealing her handbag and headed there, using her keys which were also in the bag to gain entry and steal various items, while the woman they attacked was receiving medical care.

Fremantle District Office acting Superintendent Darren Hart said injuring a 75-year-old woman and then robbing her was “probably as low as it gets”, and the attack seemed “deliberately targeted because of her age and her vulnerability”.

“It’s not the WA that we live in. It’s not the norm, and it certainly shouldn’t be expected,” he said.

Anyone with information can contact Crime Stoppers on 1800 333 000 or online at www.crimestopperswa.com.au.