The NSW Audit Office has accused a key government department of failing to meet its statutory obligations to process Aboriginal land claims, and says nearly 70 per cent of all claims lodged with the NSW government in the last 40 years are still awaiting a decision.

In a report published on Thursday, the Audit Office said the Department of Premier and Cabinet (DPC) and the Department of Planning and the Environment (DPE) were failing to adequately administer Aboriginal land claims and set aside resources to facilitate the processes. 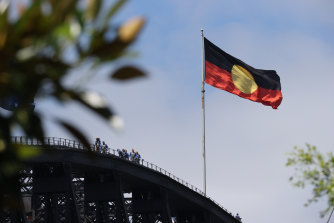 The report argued neither department had provided the resources required to allow the state government to deliver land claims in a way required by the Aboriginal Land Rights Act 1983.

Under the Act, a successful claim by an Aboriginal Land Council on Crown Land would see the land transferred to the council on a freehold title. The NSW Land and Environment Court has also previously found that there is an implied obligation for land claims to be processed within a reasonable time frame.

In the report, the Audit Office singled out the Department of Planning and the Environment (DPE) of failing to meet its statutory requirements to process claims within such time frames.

There are more than 38,200 land claims covering around 1.12 million hectares of Crown land that are still awaiting a determination from the DPE. That’s nearly 70 per cent of the 53,800 claims ever lodged in NSW.

“DPE has not been meeting its statutory requirement to determine land claims nor its obligation to do so within a reasonable time,” the report said.

“Over 60 per cent of these claims were lodged with the Registrar of the Aboriginal Land Rights Act, for DPE to determine, more than five years ago.”

The report says that under current the department’s current targets it would take until 2044 for it to process all existing undetermined land claims.

The Audit Office also found that the DPC and DPE have not educated other agencies or organisations, such as local councils, about the legislation, and the DPE does not have a transparent or well-defined framework for assessing claims.

It also found that the DPE did not have a sufficient workforce to assess claims, and it didn’t provide employees with adequate support or training.

The report made a number of recommendations to be implemented the end of the year, including:

It also said the DPE should launch a new ten-year plan to increase the speed with which it assesses claims by mid-2023, and should implement a five-year strategy to train and hire more specialist employees.

The report comes less than a year after the state government committed nearly $10 million towards trying to address delays in the system.

In a statement, Aboriginal Affairs Minister Ben Franklin welcomed the report and its findings.