British Airways is urging travellers to consider dropping off their luggage the day before flying after chaotic scenes at Heathrow Airport due to staff shortages.

The UK’s flagship carrier is sending reminders to customers that the airport’s Terminal 5 will be ‘busy’ and that they may want to check-in their bags the night before they fly.

On Monday travellers described scenes of ‘total chaos’ as dozens of security staff failed to show for work because they were ‘pinged’ and told to self-isolate by the NHS app. 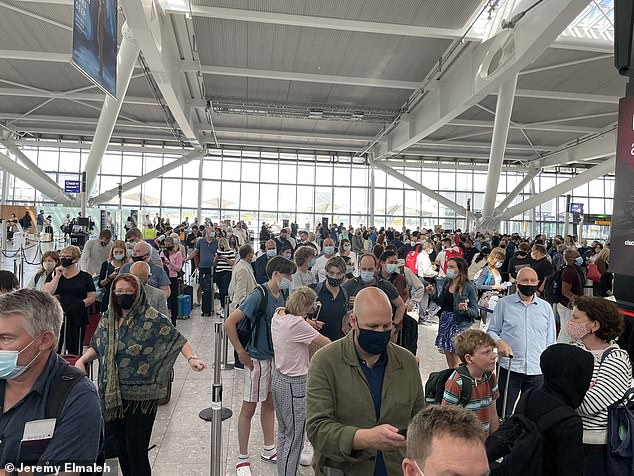 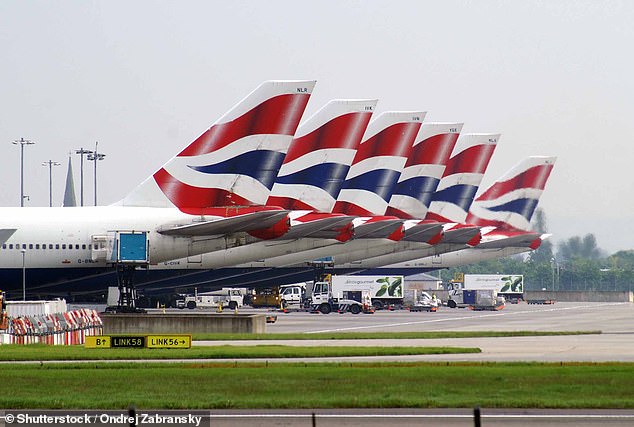 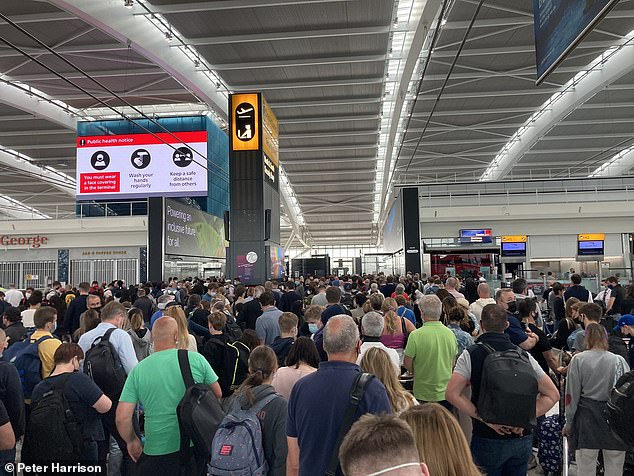 Travellers reported only two security lanes being open at one point for thousands of travellers.

Images and video were posted on social media showing travellers packed into Terminal 5 with little social distancing as they waited to get through security.

It meant dozens of flights were delayed and some passengers missed their flights.

BA is now urging travellers to consider dropping off their bags at Terminal 5 between the hours of 4pm and 9pm the night before if they are due to fly before 1pm the next day.

The message being sent by text and email to customers reads: ‘The airport will be busy when you fly.

‘You can also check-in hand baggage free of charge.’

The chaos at Heathrow on Monday morning affected flights between 7am and 1pm, with the airport drafting in extra staff and insisting the problem had been fixed by the afternoon.

However, with further security staff subject to being ‘pinged’ and having to self-isolate, travellers are being urged to arrive at the airport several hours before they are due to take off.

A BA spokesman said: ‘We are pleased to offer our long-standing twilight check-in service for customers to enable them to start their journey as relaxed as possible.’