Barrister, 35, suspended after he 'preyed upon' two junior lawyers

Drunk barrister, 35, avoids being struck off after he ‘preyed upon’ two female junior lawyers by repeatedly groping them at drinks event

A drunk barrister has avoided being struck off after he ‘preyed upon’ two female junior lawyers by repeatedly groping them at an event.

Craig Tipper ‘persistently’ harassed one young woman by grabbing her breasts and bottom before stroking another colleague’s leg, a disciplinary hearing has been told.

Due to their lack of seniority, along with the presence of older barristers, both women felt unable to ‘make a scene,’ after being touched by Tipper, the tribunal heard.

One victim said she was ‘mortified,’ by what happened and felt ‘completely overwhelmed’.

Tipper, who claimed to have little memory of the evening, continued his behaviour despite the women giving ‘clear signals,’ that it was ‘inappropriate,’ a chair of the panel told him. 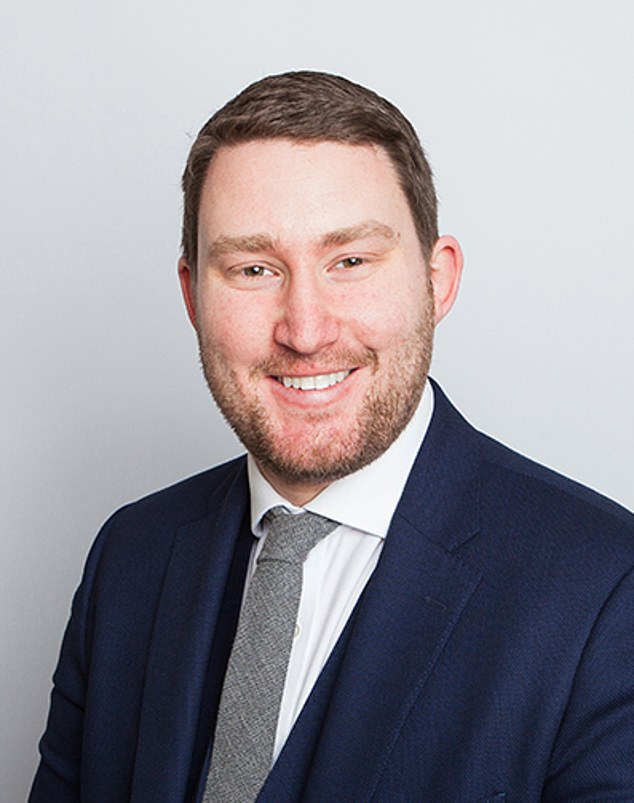 Barrister Craig Tipper, 35, has been suspended for three months after a disciplinary hearing was told how he repeatedly groped one female colleague, before stroking another’s leg. The 35-year-old was told he ignored ‘clear signals,’ that his behaviour was ‘unacceptable,’ during a social event in June 2019

A Bar Tribunals and Adjudication Service hearing held in London was told that the incidents took place at a social event in June 2019.

Tipper – who claimed to have little memory of the evening – put his hand inside the back of one female barrister’s dress and tights and grabbed her buttocks before trying to squeeze her breasts over her bra.

When the young woman, known as Person A for legal reasons, removed his hand the family law specialist again tried to grab her bottom.

She told the hearing she was ‘mortified’ by what had happened at the drinks event and eventually went to the toilets to get away from Tipper.

She added: ‘I sat there for a few minutes, upset and completely overwhelmed by what had just happened.’

During the evening Tipper, who was ‘very drunk’ also ‘ran his fingers up and down the back’ of another female barrister, Person C, before stroking her bare leg and placing his hand on her bottom.

The tribunal heard that she felt ‘angry at him and herself’ for not calling out what Tipper, who was called to the bar in 2018 and worked for East Anglian Chambers, had done.

He is still listed on East Anglian Chambers website, which states he is an expert in children’s law, along with motoring offences.

Person C told a panel: ‘I couldn’t believe it had happened…

‘I felt gross and violated and I was also upsetting myself because before this happened to me I thought I would have dealt with something like this differently.

‘However, in the situation I felt as if I had been preyed upon and targeted…. and that perhaps [he] had thought that he could get away with it and that I wouldn’t do anything about it.

‘I feel angry at him and at myself for not calling it out. I felt embarrassed for me and for him.’

The hearing was told that Tipper eventually drank so much he was ‘violently sick’ and had to be taken home by another barrister.

He said he was extremely remorseful and accepted what had happened took place but he couldn’t remember the events due to how much he drank. 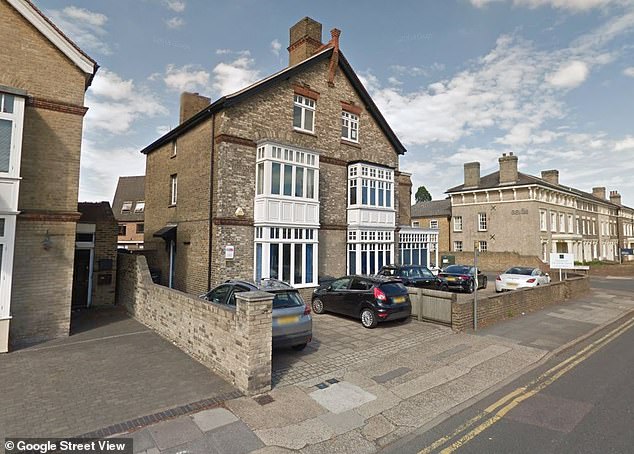 The tribunal concluded: ‘It is clear from both [women’s] accounts that a common feature is that they understandably felt inhibited from reacting as strongly as they would have wished as a result of a combination of factors.

The tribunal, chaired by Paul Ozin QC, added: ‘There were a number of separate instances in respect of person A and Mr Tipper then went on to engage in similar conduct with respect to person C.

‘Moreover, despite the clear signals given to him by Person A that his conduct was both unwelcome and unacceptable, he persisted with similar conduct with respect to her.’

However, they decided that as Tipper had expressed genuine remorse, reduced his drinking and gone on ‘sexual harassment awareness’ courses a suspension was appropriate.

Commenting on the order, a Bar Standards Board spokesperson said: ‘This conduct is entirely unacceptable and our decision to bring charges of professional misconduct against Mr Tipper demonstrates our commitment to taking action against such behaviour by members of the Bar’.

The tribunal suspended him for three months and ordered him to pay £900 in costs. His chambers – which has offices in Norwich, Ipswich and Chelmsford – has also fined him £2000 for the incident.