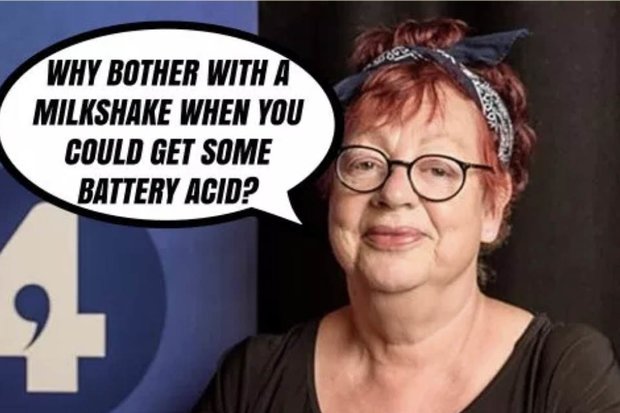 Tommy Robinson and right wing YouTuber Carl Benjamin have also had the drink thrown at them.

The BBC has defended the joke saying the Radio 4 programme called Heresy was intended to be “provocative”.

It stated that the comment was “not intended to be taken seriously”.

The show’s presenter Victoria Coren also had a dig at Mr Farage.