Meteorologist Carol Kirkwood warned that conditions for the UK will be foggy at the moment, though not exclusively so. She told BBC Breakfast that there will be mist as well, but also quite a mild start to the day. The weather presenter added that there will also be rain in the forecast and some showers.

Ms Kirkwood told viewers: “To give you an idea of just how mild it is, in Swanage in the south coast at the moment it’s 14 degrees.

“London and Cardiff are at 13, Belfast and South Uist are 12, but in Inverness the skies are clearer so the temperature is only three degrees.

“There is a weather front above the UK producing some rain.

“That will move away in the next couple of hours, but the next one is coming in from the south west.” 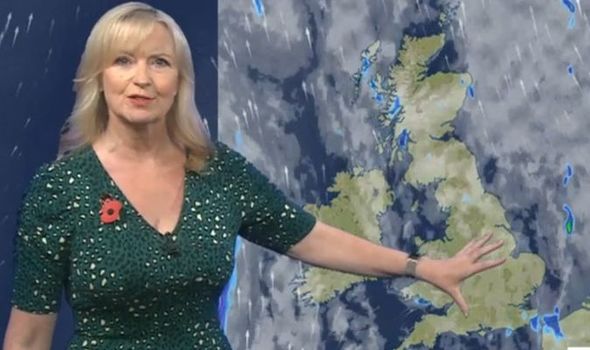 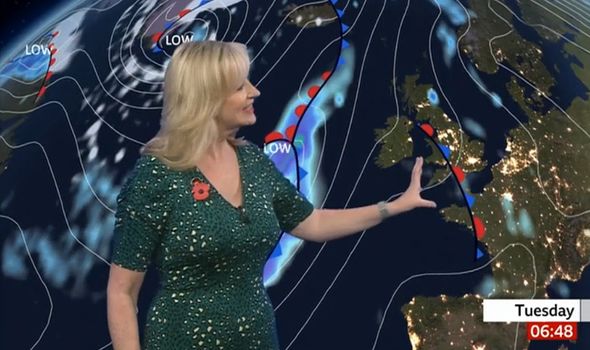 She continued: “It’s going to produce some showery rain as we go through the day.

“The mist and fog that we currently have will lift but some of it will only lift into low cloud.

“We think mainly on the hills but we could see some stubborn areas.

“But across the northeast of Scotland, where we’ve got the clearer skies to start with, we’ll hang onto those and there’ll be some sunshine around.” 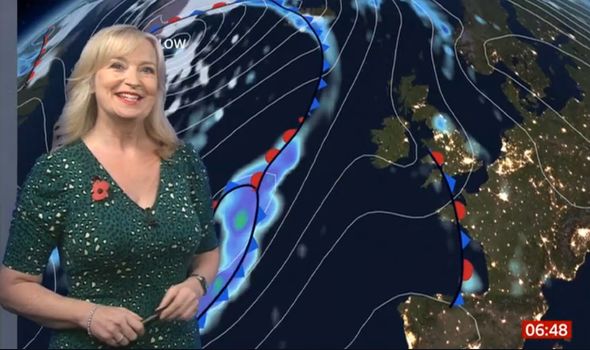 The BBC presenter added: “Generally there’ll be a lot of cloud, the showery rain coming in from the southwest.

“That will push a little bit further east as we go through the day.

“Temperatures today will peak at 16, not quite as mild as the weekend when parts of Wales hit over 17.” 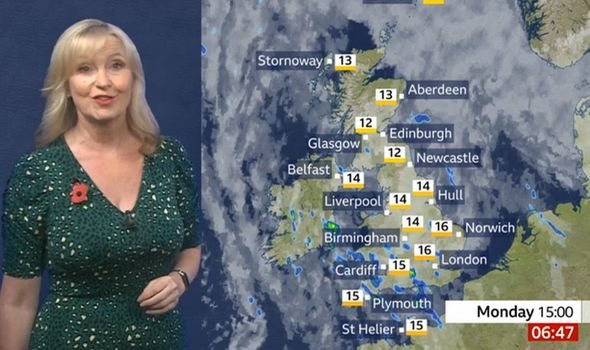 Ms Kirkwood said: “But it will be warmer in Scotland than it was yesterday.

“Through this evening and overnight, we hang onto these clear skies across the far northeast of Scotland.

“There will still be a lot of cloud around.

“We’ll see some mist and fog patches forming once again and still some showery outbreaks of rain.

“But for most it’s not going to be a cold night, except under the clear skies where temperatures will be lower than can be seen on the charts.”

END_OF_DOCUMENT_TOKEN_TO_BE_REPLACED

END_OF_DOCUMENT_TOKEN_TO_BE_REPLACED
Recent Posts
We and our partners use cookies on this site to improve our service, perform analytics, personalize advertising, measure advertising performance, and remember website preferences.Ok