Bernie Ecclestone has apologised for his controversial comments about Russian President Vladimir Putin and the war in Ukraine.

The former F1 boss sparked outrage by describing Putin as a ‘first class person’ during an interview on Good Morning Britain last week and was set to miss the Austrian Grand Prix tomorrow as a result of the backlash.

But speaking to Sky Sports News today, the billionaire apologised and clarified his views on the war.

He said: ‘I think often people come out and say things or do things without really too much thinking.

‘Probably I did the same. I can understand people thinking I’m defending what he’s done in Ukraine, which I don’t.

‘I was brought up during the war, the last war, so I know what it’s like.

‘So I feel sorry for the people in Ukraine having to suffer for something they haven’t done. They’ve done nothing wrong. They didn’t start anything. They want to get on with their lives.

‘They want the kids to go to school and try and go to work and earn a living to keep the family going. 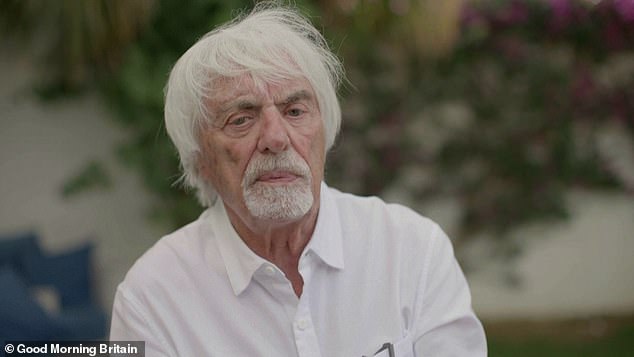 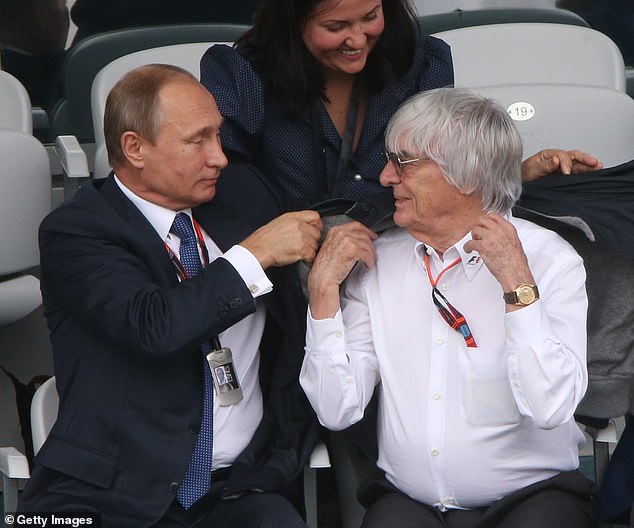 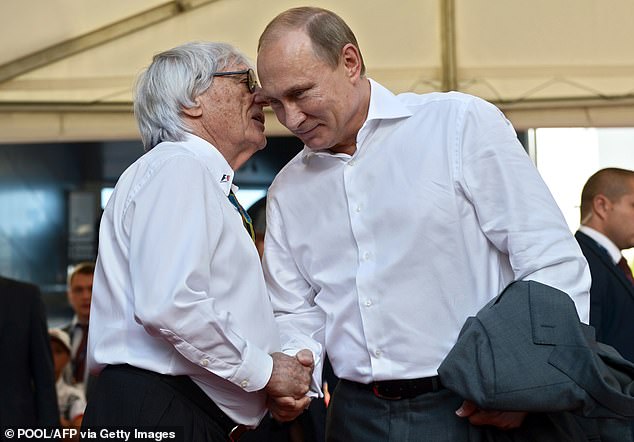 ‘So they don’t deserve to have to suffer. It’s not good for anybody. I can’t see anybody getting anything out of this and I think they should get together and get an agreement.

‘And I’m sorry if anything I’ve said has upset anybody because it certainly wasn’t intended.’

His apology comes after a bizarre interview with Good Morning Britain this week.

Ecclestone sparked outrage when he took a shot at Ukraine’s President Volodymyr Zelensky, saying he was a comedian before the Ukraine war and appeared to ‘want to continue being one.’

He then insisted the invasion ‘could have ended differently’ if Zelensky had ‘talked with Putin’.

When pressed by journalist Kate Garraway, who asked if he believed a change in Zelensky’s actions, rather than Putin’s, could have avoided war, Ecclestone replied: ‘Absolutely.’

He added: ‘What he’s doing is something he believed was the right thing for Russia.

‘Unfortunately, like a lot of business people, certainly like me, we make mistakes from time to time, and when you’ve made the mistake you have to do the best you can to get out of it.’

He added: ‘I think if it had been conducted properly – I mean the other person in Ukraine… I understand he used to be a comedian, and I think he seems to want to continue that profession… I think if he had thought about things he would have definitely made a big enough effort to speak to Mr Putin, who is a sensible person and would have listened to him and probably done something about it.’

Presenter Ben Shephard quizzed Ecclestone about the thousands of innocent lives killed in Ukraine, asking him: ‘You can’t justify that, surely?’

Ecclestone responded: ‘I don’t. It wasn’t intentional – look at all times America has moved into different countries which is nothing to do with America.’

He added: ‘And I’m quite sure Ukraine, if they’d wanted to get out of it properly, could have done.’

Asked if he has had a chance to speak to Putin about ‘what a mess’ the situation is or urged him to rethink what he is doing, Ecclestone said: ‘No. He’s probably thought about that himself. He probably doesn’t need reminding.

‘I’m absolutely sure he now wishes he hadn’t started this whole business, but didn’t start as a war.’