JOE Biden sped up the Covid-19 vaccine rollout today by announcing all Americans will be eligible to get the jab by April 19.

This date change is two weeks earlier than his administration initially planned and Biden confirmed it on Tuesday afternoon. 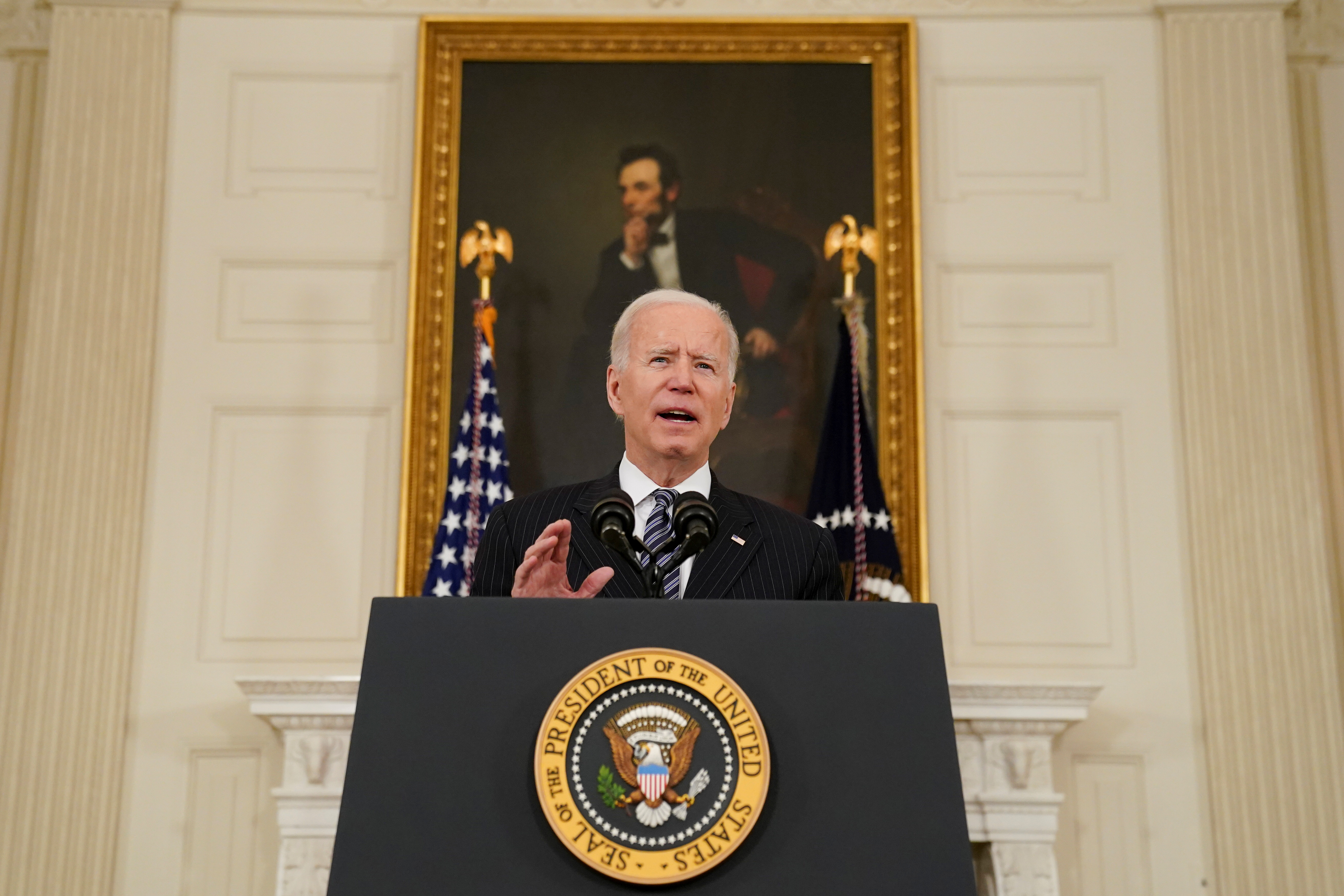 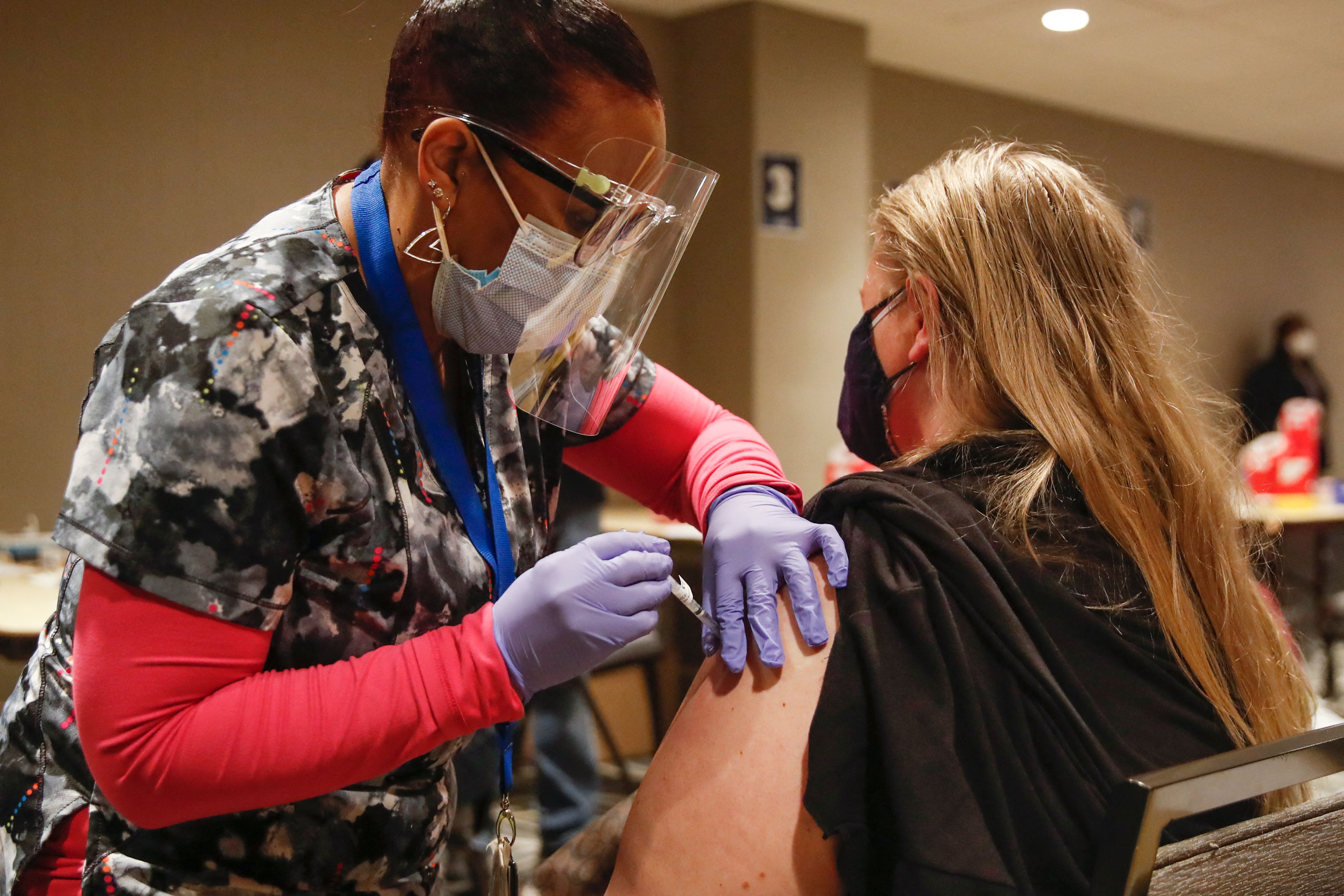 "On March 11, I announced that I was opening up vaccinations…from May 1… We're moving that date up from May to April 19," he told reporters.

Biden gave the address from the White House and touted reaching his goal in record time shortly after 4pm ET.

"We have to ramp up," he said, saying they were averaging 3million shots a day. "That rallies the whole country … to truly beat this virus."

"I'm already back to update you a little over two and half weeks later… Here's the truth… we're on track to beat our goal of 200million shots.

Biden pointed out that "we're not even halfway" through vaccinating everyone in the country, citing the time between doses.

"We're still in a life an death race," he said, urging people to mask up as the vaccine rollout continue.

He highlighted the fact that 554,064 people deaths have died from the virus as of April 6, he pointed out, adding that until we are "further along" in the virus battle people should wash their hands, mask up, and get the vaccine. 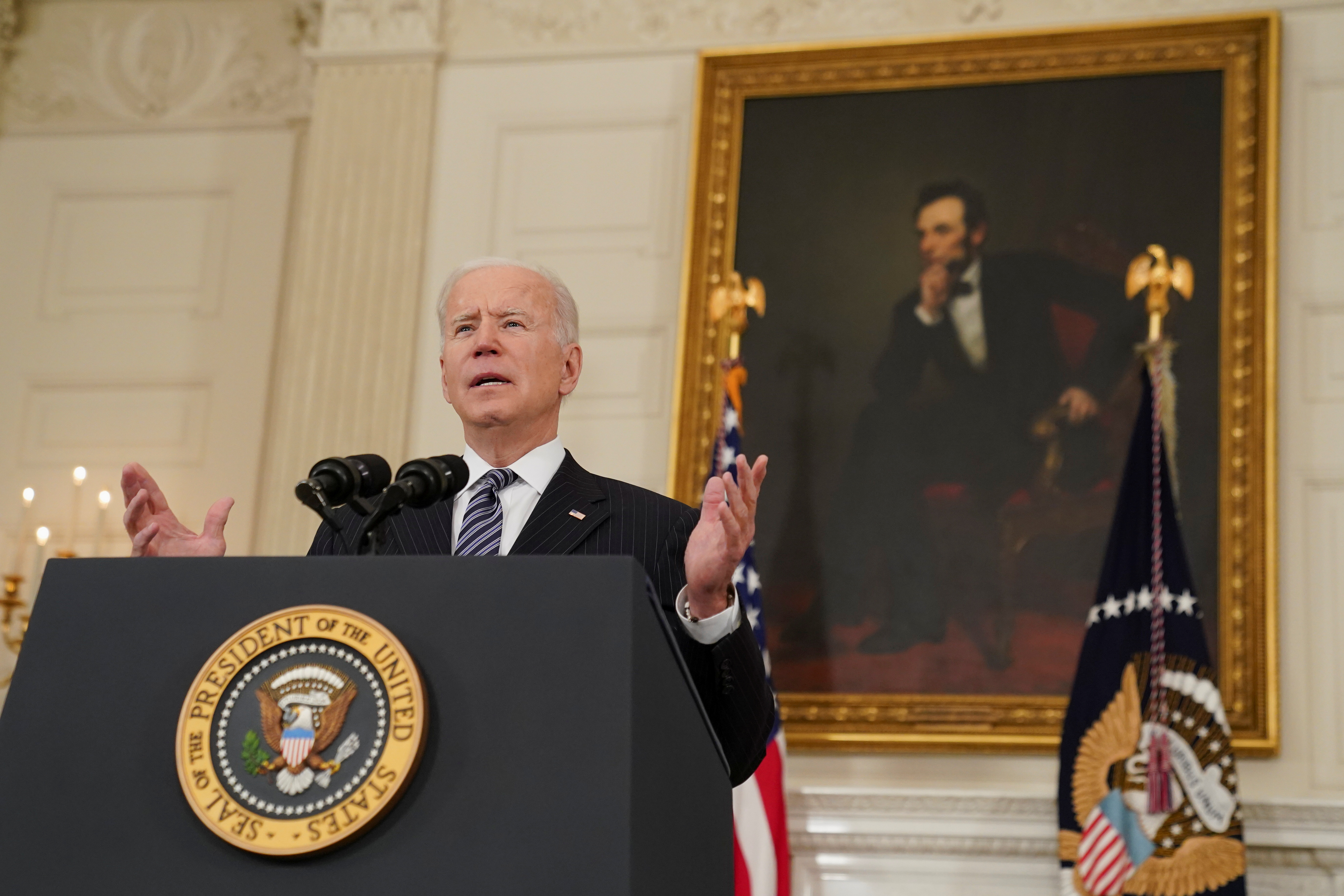 "By the end of May the vast Majority if Americans will have gotten at least their first shot," he continued.

"Let me close with this: we've vazccinated more poeple than any other nation on earth the vaccine has proved to be effective."

However, Biden warned that this shouldn't make Americans "complacent" and said "now is not the time to celebrate."

"It's time to… do our duty, our job," he added. "We can't let up now. Before the summer's over…I'm talking to you about how we've access to more vaccines than we need and we're helping other poor countries."

Biden then acknowledged the "young men" who won't take the vaccine and said that people have a "patriotic responsibility" to take the jab.

"Mitch McConnell keeps speaking to me , saying polling data shows GOP men dont tihnk they should take the vaccine," Biden went on. "He's saying 'no, no take vaccine take it'

"And I'll add [a] phrase – it's a patrotic responsiblity you have."

The majority of states confirmed that they're able to meet this ramped up deadline with Oregon announcing that everyone over the age of 16 can get the jab on April 19.

Thirty-four states have already opened up vaccination eligibility to those aged 16+, 41 states have opened it up to adults, while four other governors will have open it up on April 19.

The Wall Street Journal reported that Biden officials had asked if states could expand eligibility to meet this looming deadline in less than two weeks.

The president initially aimed to have all Americans able to get the shot by May 1 after doubling his vaccine goal.

CDC data indicates that more than 165 million doses of the Pfizer-BioNTech, Moderna, and Johnson & Johnson Covid-19 vaccines have been administered in the USA. 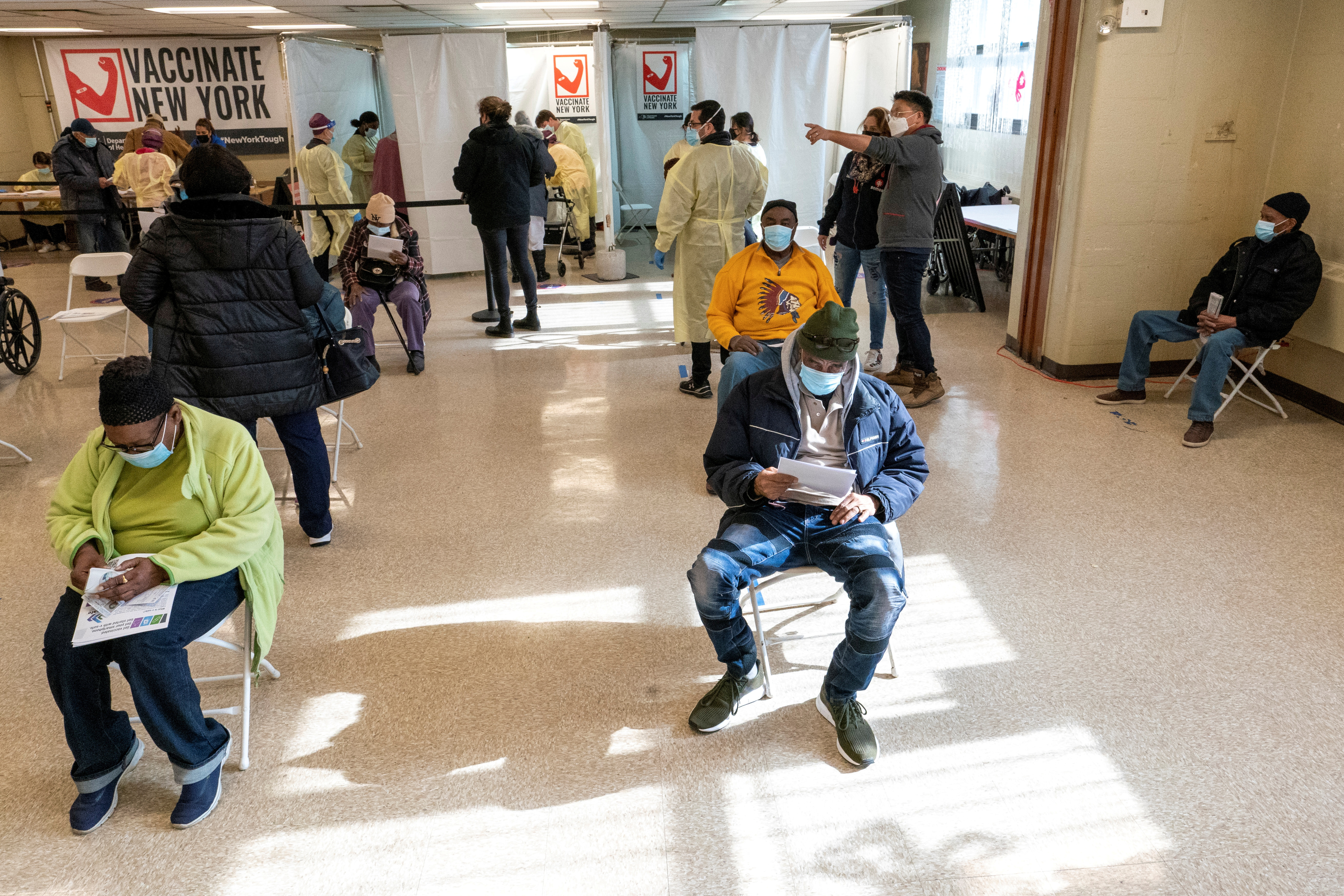 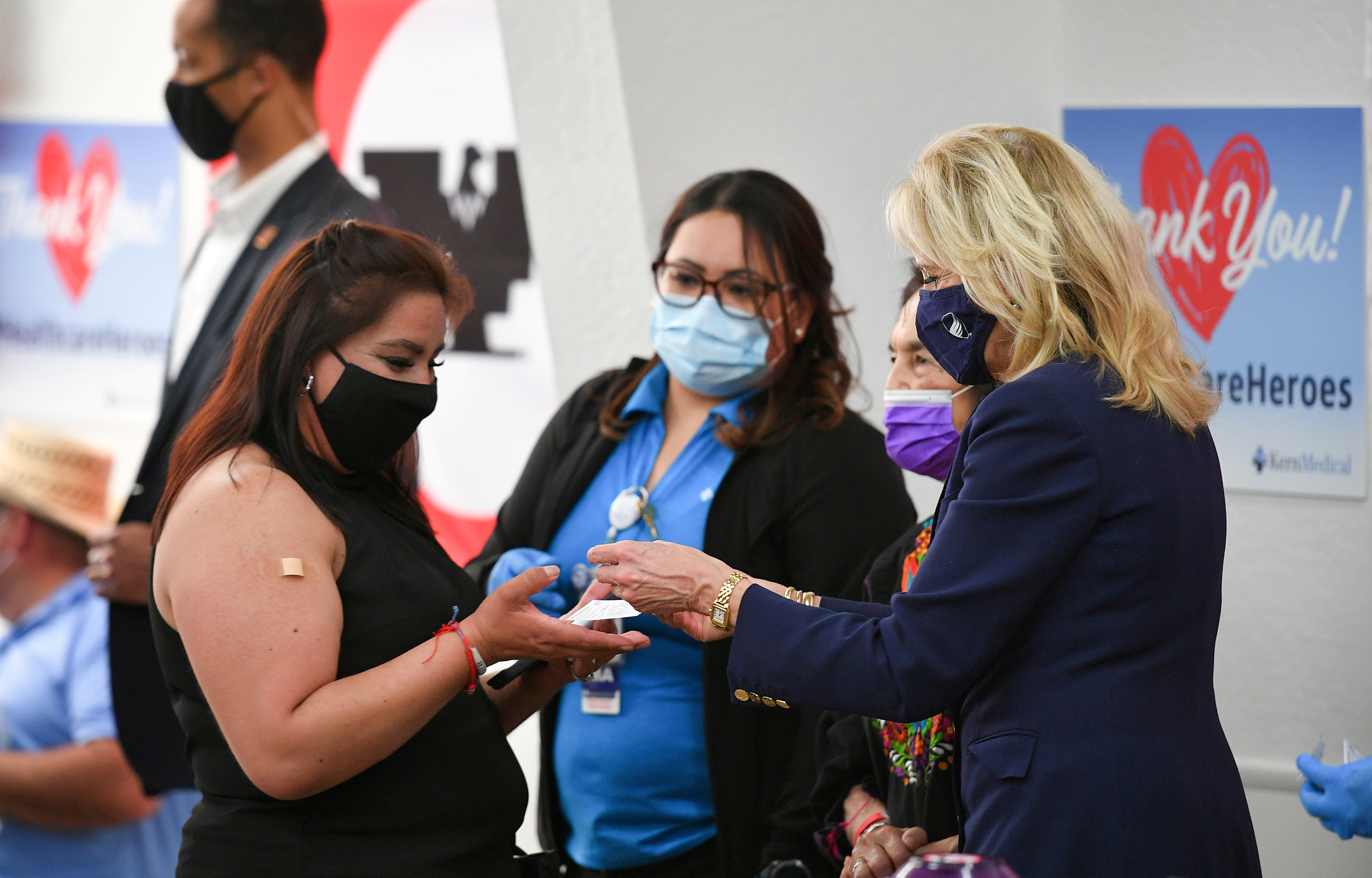 There were around 3.1million daily doses administered this past week alone according to  White House senior advisor for Covid-19 Andy Slavitt.

On Monday, Slavitt told reporters: “As of today, nearly 1 in 3 Americans and over 40percent of adults have at least one shot and nearly 1 in 4 adults are now fully vaccinated."

Biden recently vowed to roll out 200million doses in his first 100 days in the Oval Office.

He's set to announce the sped up eligibility after his tour of a vaccination center in Alexandria, Virginia. 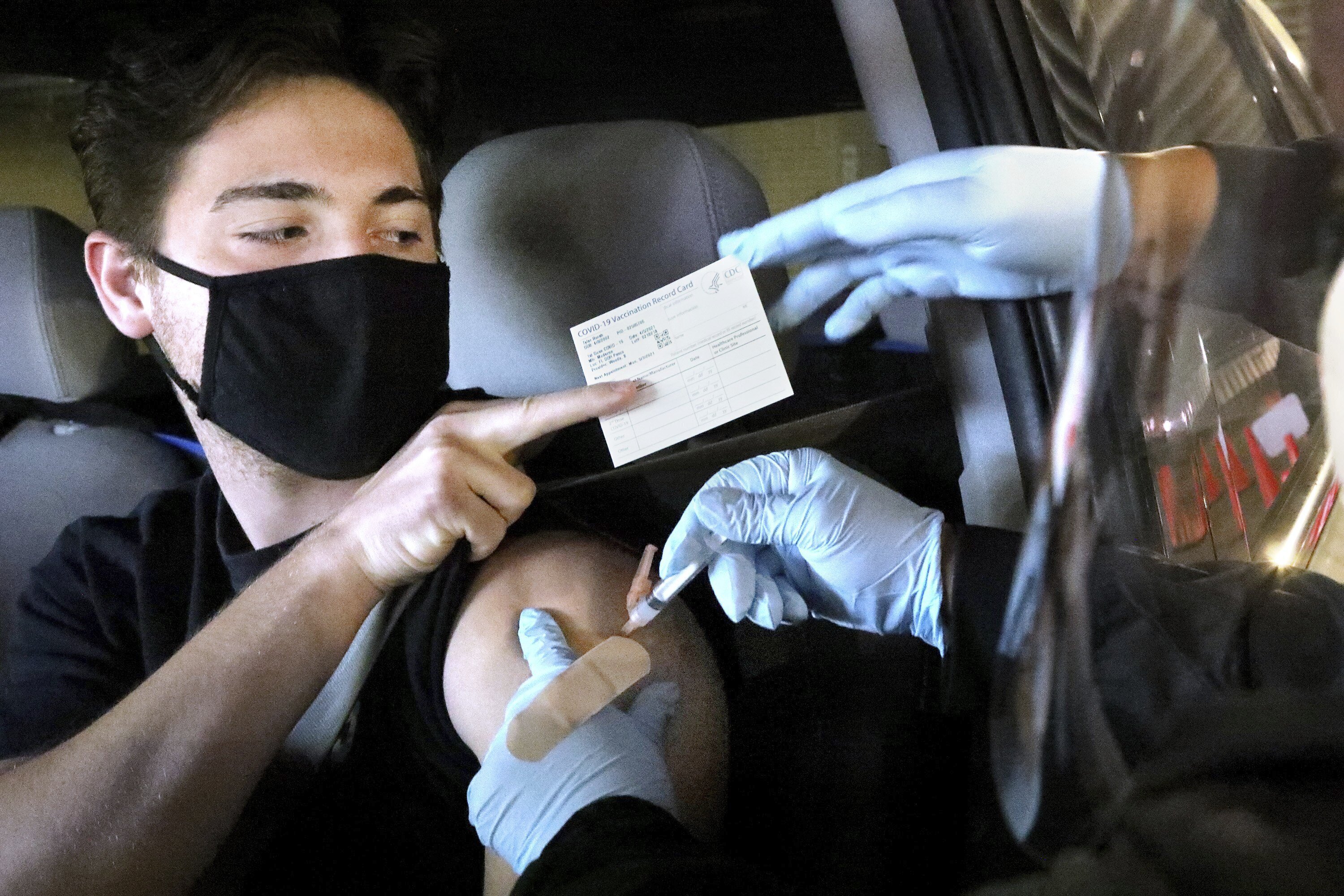 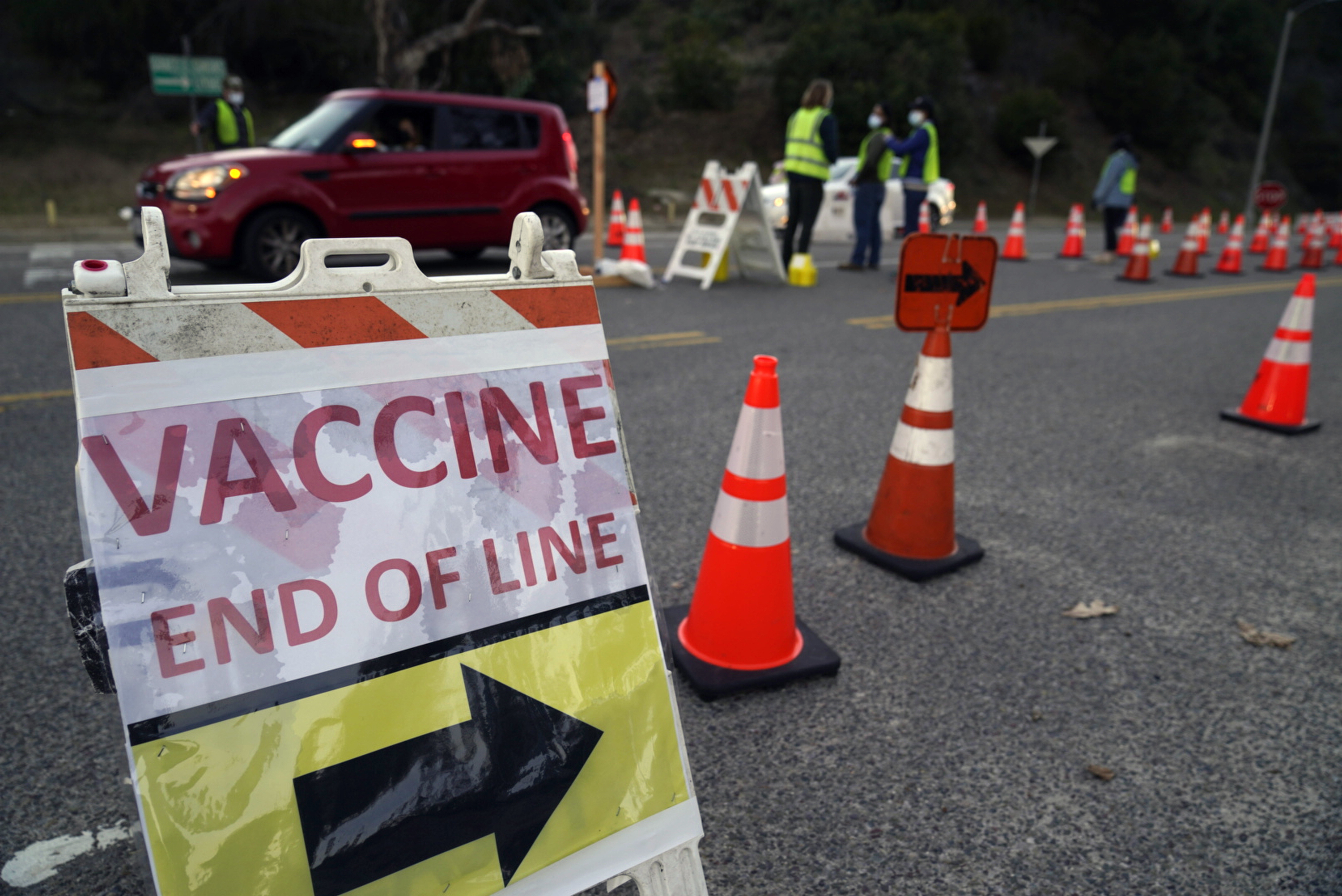 However, there is a supply versus demand issue in some areas where Americans struggle to get a vaccine appointment, the WSJ noted – nevertheless, around 32percent of the USA have gotten one shot.

Nineteen percent of population has gotten both doses, the CDC confirmed.

Difficulties with getting shots into people's arms include long vaccination lines, doses shortages, and one Baltimore, Maryland facility being forced to dump 15 million contaminated doses of the Johnson & Johnson jab.

Meanwhile, the Biden administration has urged Americans to err on the side of caution by wearing a mask and socially distancing, even after getting the jab.

One official official reportedly worry about "impending doom" as cases continued to rise last week, not to mention the spread of new variants.

“So we’re headed in the right direction," Slavitt warned yesterday. "But as you heard the president say, we’re not there yet. The worst thing we could do right now would be to mistake progress for victory.”

More than 555,600 Americans have died from the virus, according to Johns Hopkins University, while 30.7 million tested positive.