A WOMAN was caught on video making quite a scene as she strutted through a Miami airport in nothing but a green bikini and a face mask.

The video, originally posted by Instagram account Humans of Spirit Airlines, shows the unnamed blonde woman calmly walking through security carrying a backpack and a purse as she looks down at her phone. 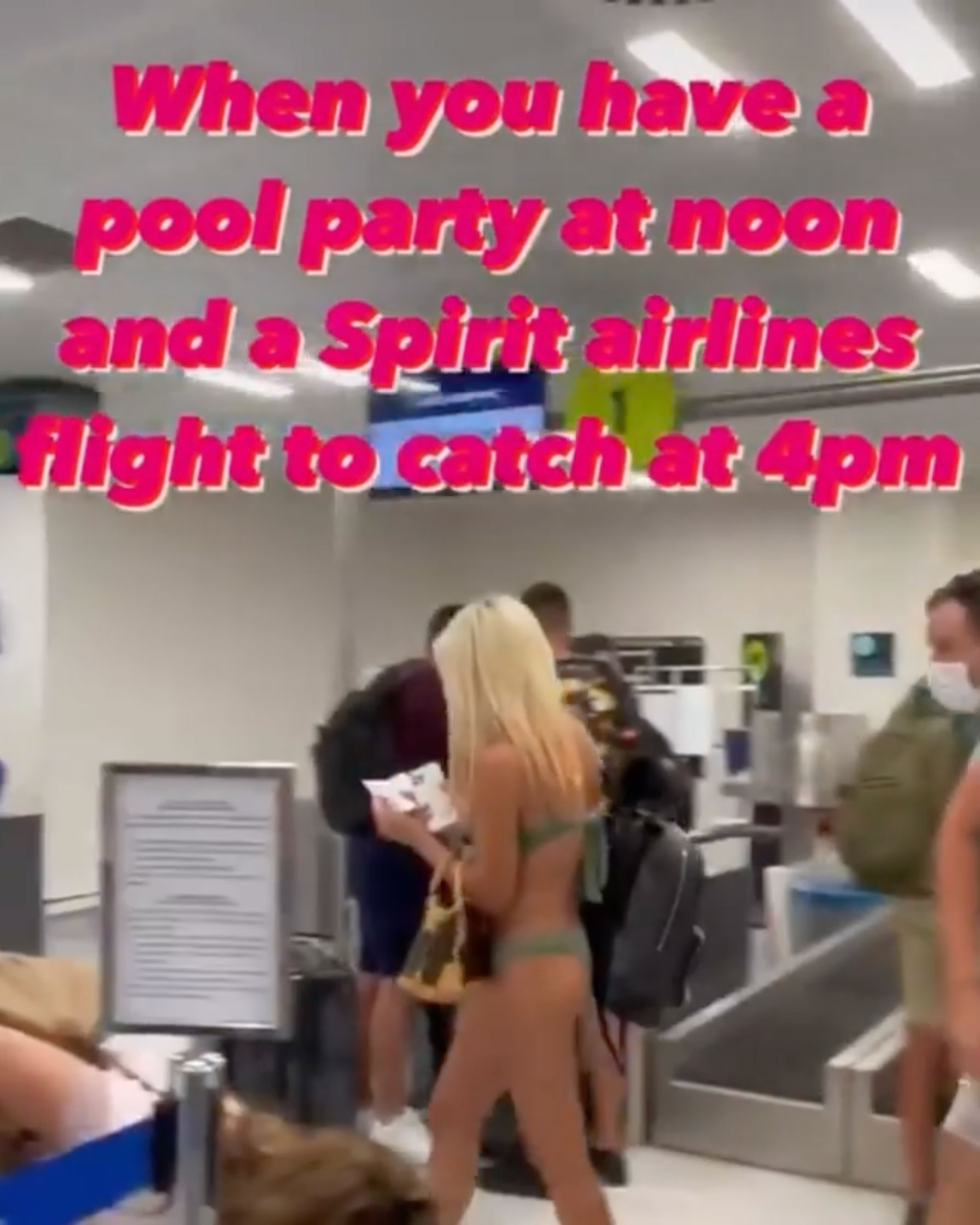 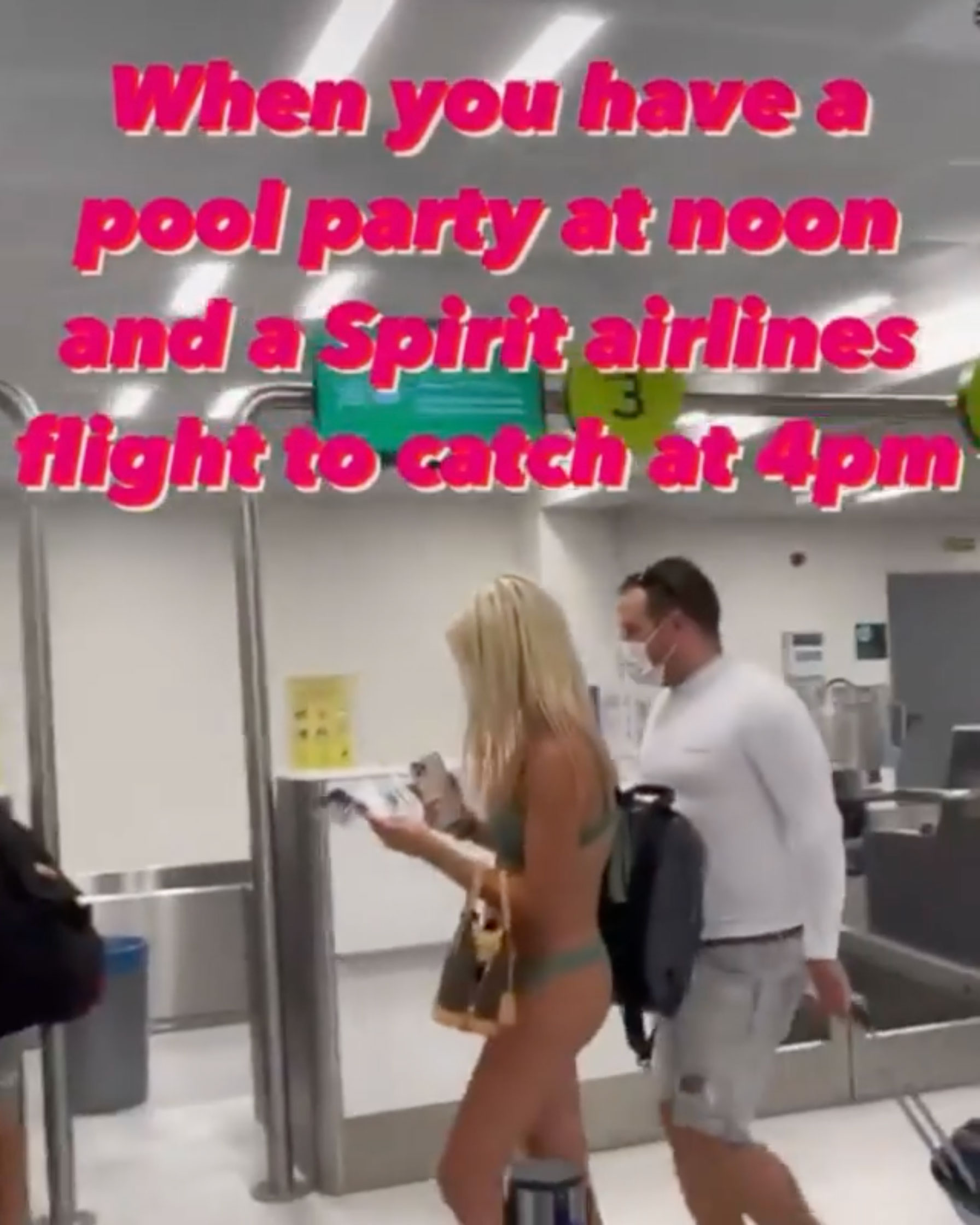 The caption on the account that posts funny videos of passengers of the low-cost airline read: "When you have a pool party at noon and a flight at 4pm."

Some of the comments under the video wondered if the man wearing a white shirt walking behind her was with her.

It's unclear if the mystery blonde was actually a passenger of Spirit, as a spokesman for the company told the New York Post the Instagram account often falsely attributes photos and videos to the airline.

“The video could have been taken at any time or any place and it has no identifying characteristic of any airline. I checked, and we have no record of this on file," said the representative.

According to the airline's rules, passengers can be stopped from boarding their flights if they are barefoot, "inadequately clothed" or wearing clothes that are “lewd, obscene, or offensive in nature.”

ADELE OF A MESS