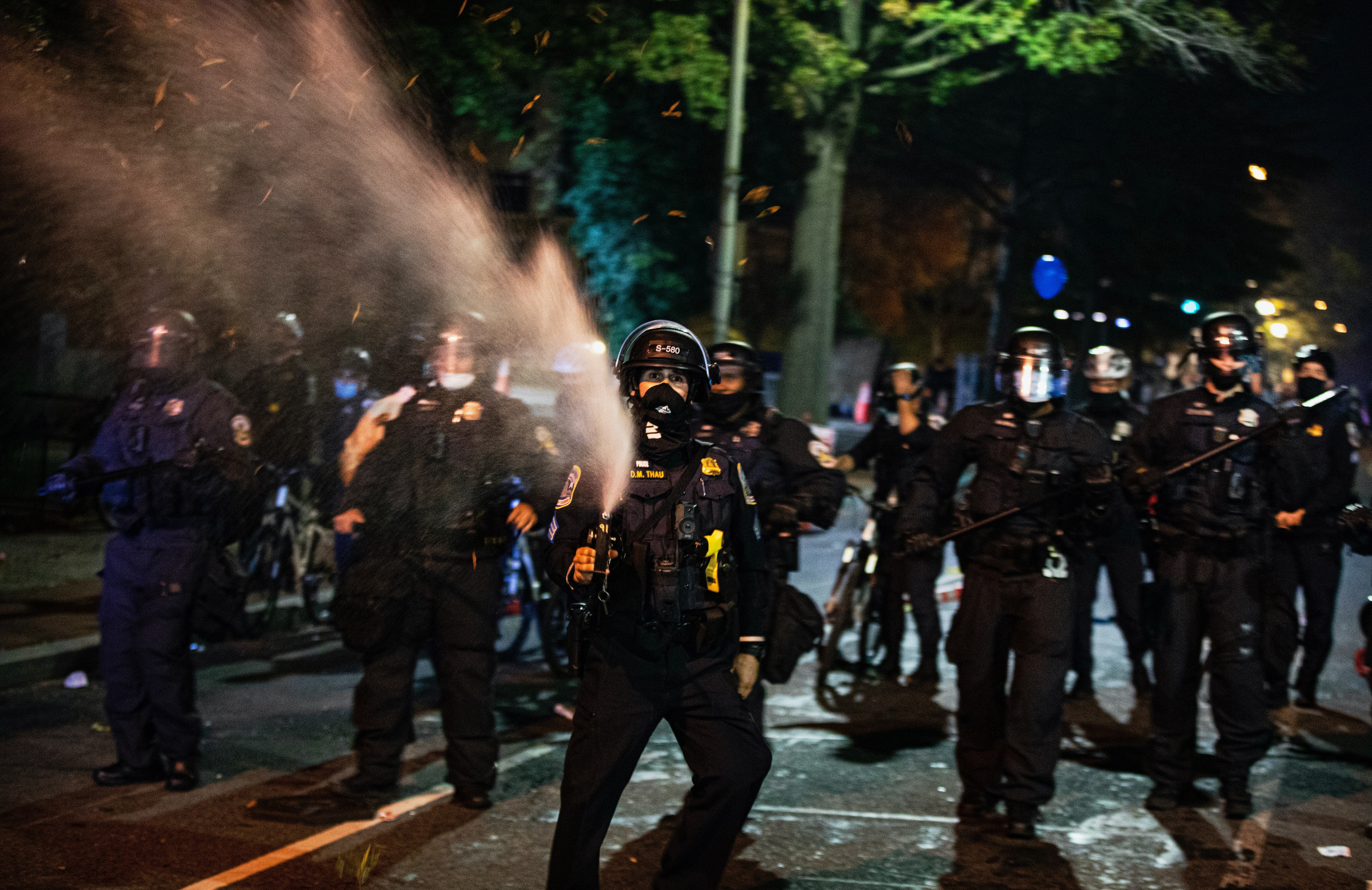 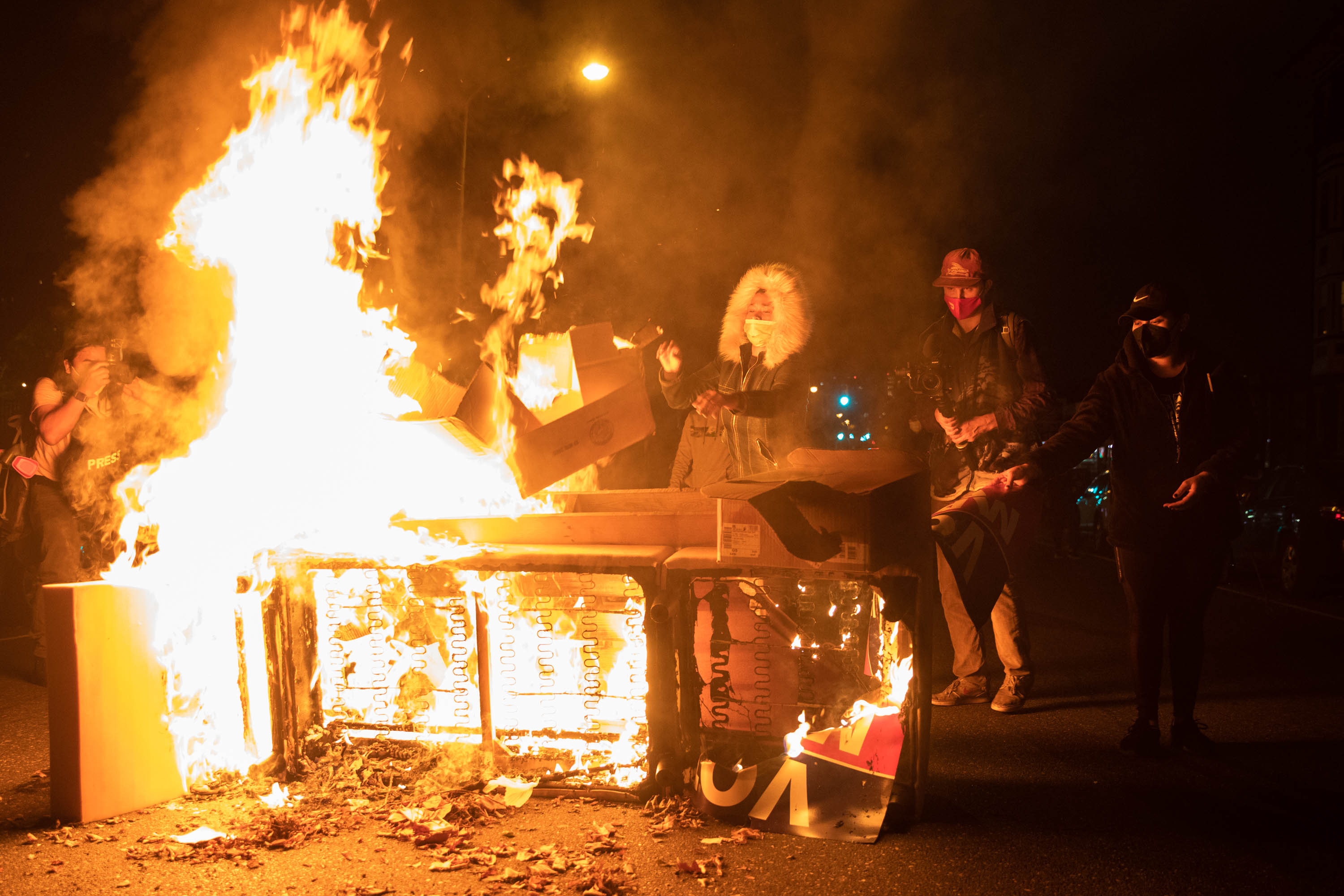 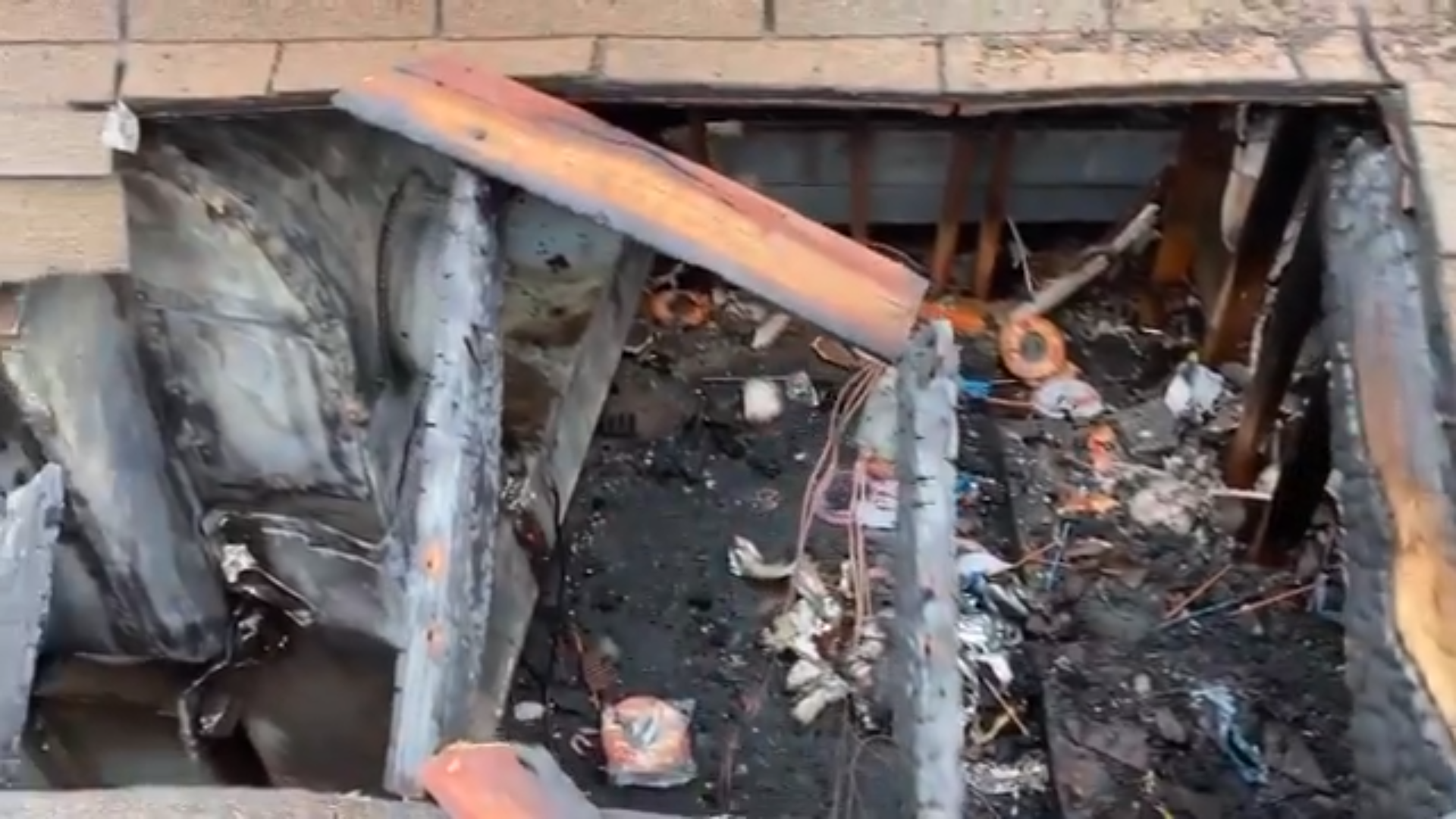 Wallace, a 27-year-old black man, was shot dead by cops after he refused to drop a knife in the street.

He was fatally shot by an officer in the middle of a street on Monday. sparking public outrage.

As protests erupted on Tuesday night, the Vietnamese Baptist Church was lit on fire.

Video shows the church's inside torched, as pieces of the walls hung in shambles.

Insulation hung from the ceiling, as floor boards were covered in debris.

“I have no idea why they attacked our church,” Pastor Philip Pham told Baptist Press.

“They burned it from the roof. They threw flammable chemicals on the roof and [flames] burned through the roof” and the rest of the building. 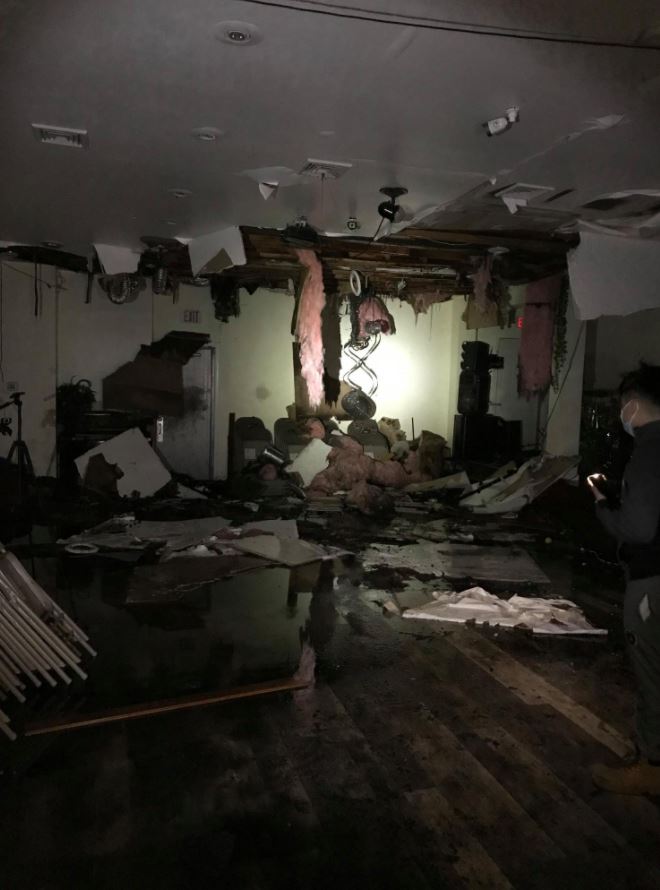 He told Baptist Today the church is at a "total loss.”

Pham shared a video of the moment he walked up to the church, with firetrucks lined on the

"Someone put the fire on the roof of the church," Pham said to someone asking if it was torched in a riot.

Capital Vietnamese Christian Fellowship director Bao Pham shared a statement on Wednesday, saying: "We praise God that no one was hurt."

"However, a big section of the roof was burned down," Pham wrote.

Vietnamese Baptist Church did not immediately respond to The Sun fo comment.

SBC Executive Committee President and CEO Ronnie Floyd told Baptist Press he was "deeply saddened" to hear of the fire. 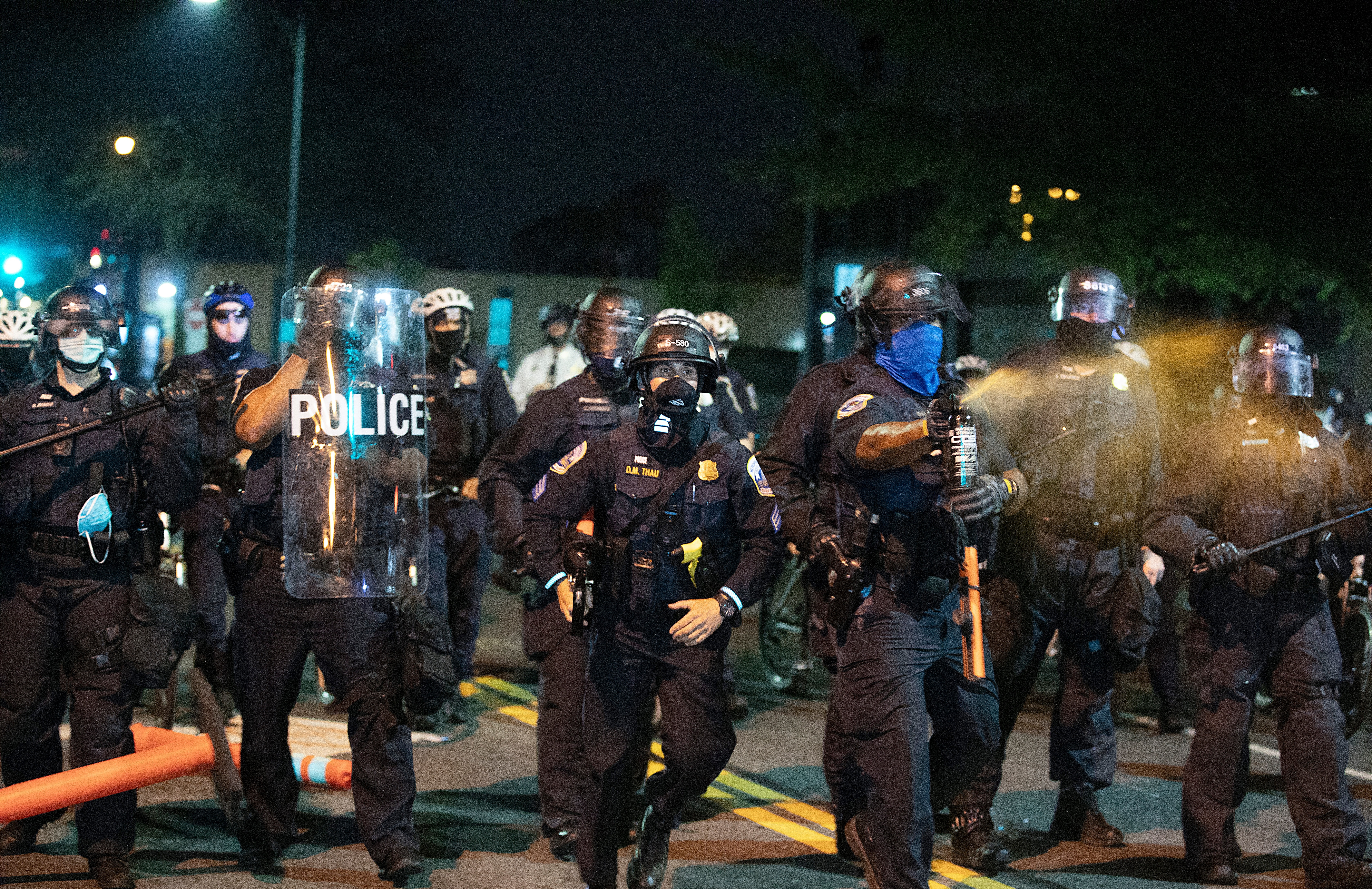 "We must pray that our churches who are caught in the middle of senseless violence can be a light for the Gospel in their cities," Floyd told Baptist Press.

The city was also put under a curfew from 9pm Wednesday until 6am on Thursday.

Kenney shared a statement on Wednesday, thanking "those who have joined in our shared call for peace in Philadelphia as we seek justice" in Wallace's death.

He said the city plans to release bodycamera footage from the officers involved in the incident – and that a "thorough investigation" is being done. 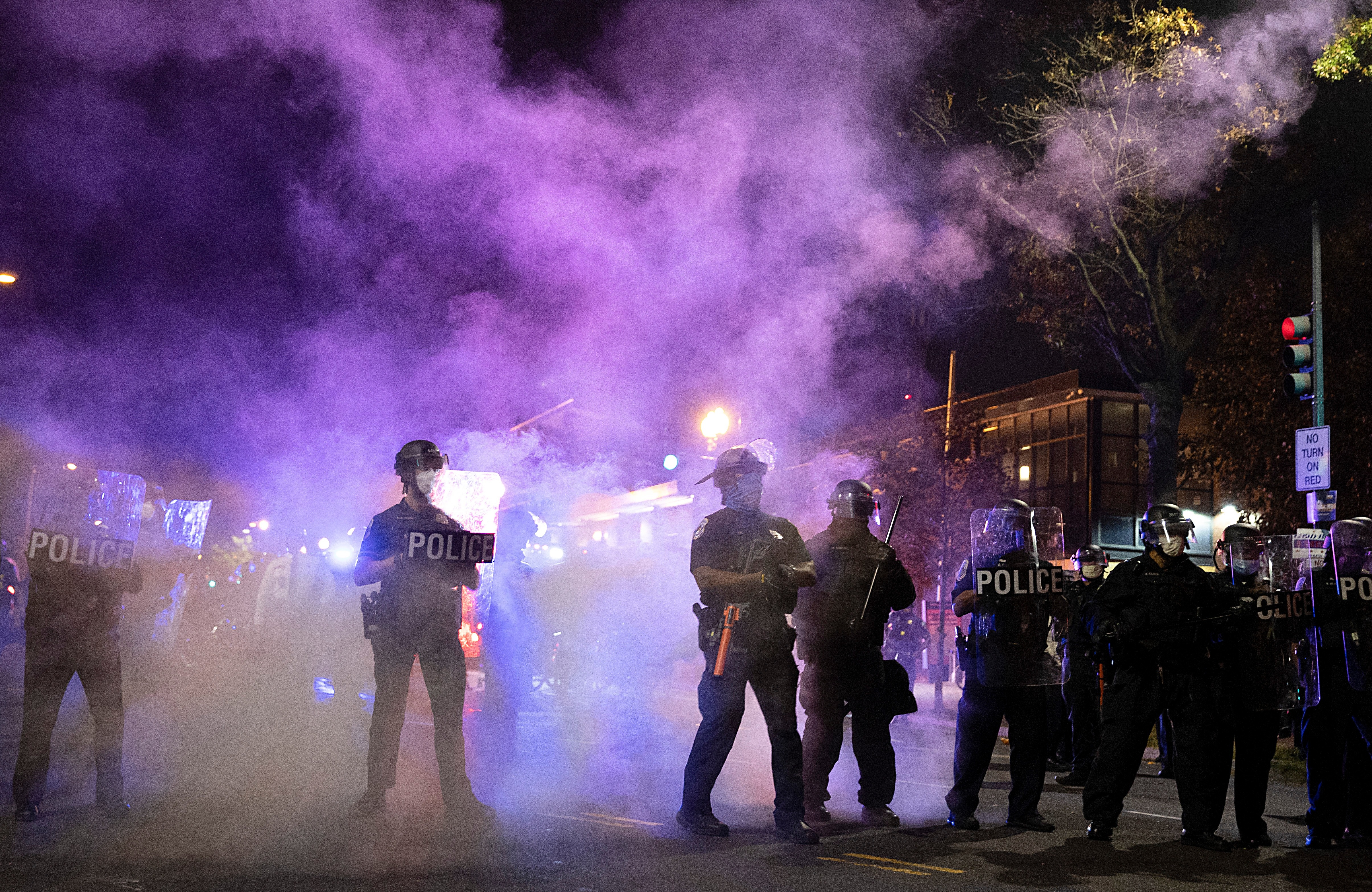 Kenney condemned violence throughout the city.

"The looting that has taken place is distressing, and it is clear that many of these folks are taking advantage of the situation, harming our businesses and communities, and doing a great disservice to those who want to protest the death of Walter Wallace, Jr," Kenney wrote.

He added in another tweet: "We cannot allow others to destroy property.

Kenney said he requested help from the state's National Guard to "safeguard property, prevent looting, and provide operational and logistical assistance" to police and other agencies.

Demonstrations spread outside of Philadelphia on Tuesday, to cities across the country including New York, Washington DC, and Seattle.

On Tuesday, a car was seen plowing through a crowd of Black Lives Matter demonstrators in Seattle.

The same day, a car rammed through a police barricade in New York City,

Windows of businesses across the country have been seen smashed in as some people looted.

President Trump blamed riots on Democrats’ “war on police” and warned that "we can never allow mob rule."

END_OF_DOCUMENT_TOKEN_TO_BE_REPLACED

END_OF_DOCUMENT_TOKEN_TO_BE_REPLACED
Recent Posts
We and our partners use cookies on this site to improve our service, perform analytics, personalize advertising, measure advertising performance, and remember website preferences.Ok