One of Britain’s most notorious serial killers, who murdered four men, was inspired by the Friday The 13 horror movie series he watched while running a cinema, his lawyer says in a new book.

Horror films fanatic Peter Moore, 73, was the owner of a chain of cinemas in North Wales before going on his killing spree in the 1980s.

The Welsh cinephile was convicted of four counts of murder in 1996, after killing four men in a period of four months. 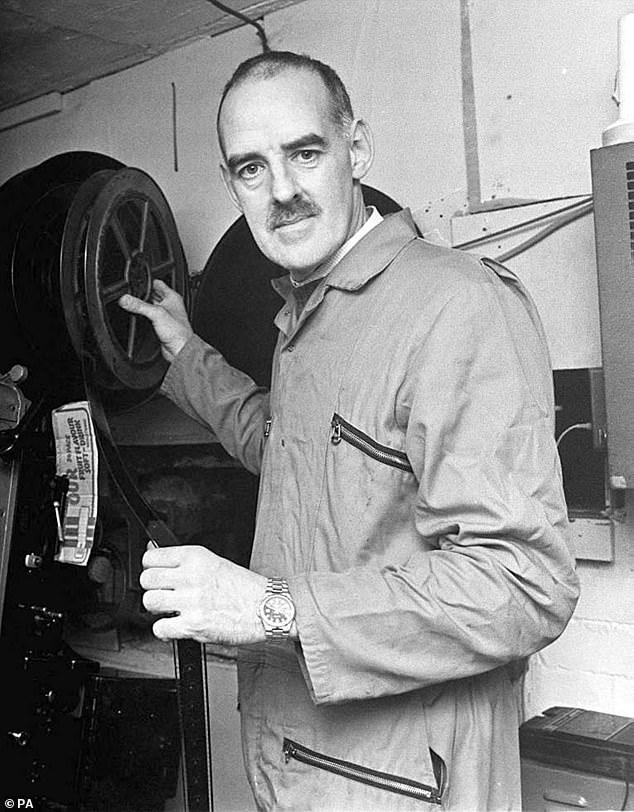 Although he initially admitted killing Henry Roberts, 56, Edward Carthy, 28, Keith Randles, 49 and Anthony Davies, 40, he then retracted his confession.

Instead, he blamed the murders on his fantasy lover called ‘Jason’- a character that prosecutors and Moore’s defence team believe he had based  in the horror franchise.

His lawyer, Dylan Jones believes Moore – now locked up for life at Wakefield high security prison – was inspired by the film series.

Mr Jones said: ‘Moore certainly knew a lot about the cinema and would have known about the Friday the 13th franchise and one of the films had come out shortly before the murders started.

‘It may well have been an inspiration for Moore – certainly we all thought of it as that.’

Former MP Lord Carlile, who prosecuted the case against Moore, agrees – 25 years after the trial at Mold Crown Court. 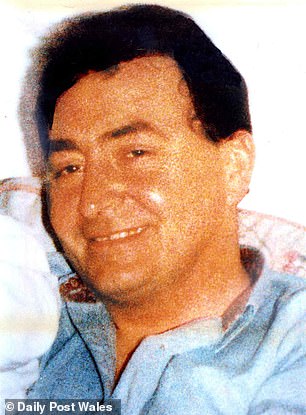 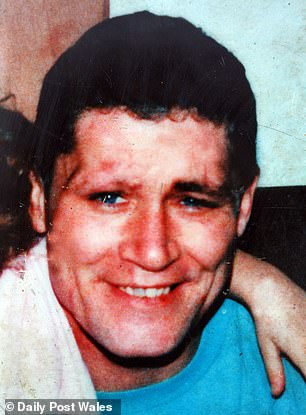 The serial killer was convicted of four counts of murder in 1996, at Mold Crown Court

‘But Peter Moore was a cinema proprietor and because of something the forensic pathologist told me we started looking at some films and there was a film series which Moore would have seen or shown, an episodic film showing someone who killed people.

‘Each film had six episodes in circumstances which were strikingly like the ways in which Peter Moore carried out these murders.

‘This was in the days of video and the first thing I put to Moore in cross-examination was the box of a particular video which bore a striking similarity to the way Moore had attacked his victims.’

‘Moore was an extraordinarily self-indulgent person who was obtaining pleasure in having the case tried in court.

‘He was given a lot of publicity. I described him as ‘the man in black – black thoughts, black clothes, black deeds’.

‘These sorts of case do attract that kind of attention. It was a difficult case because of the nature of the evidence which was distressing and the nature of the defendant who was portrayed as very manipulative.’ 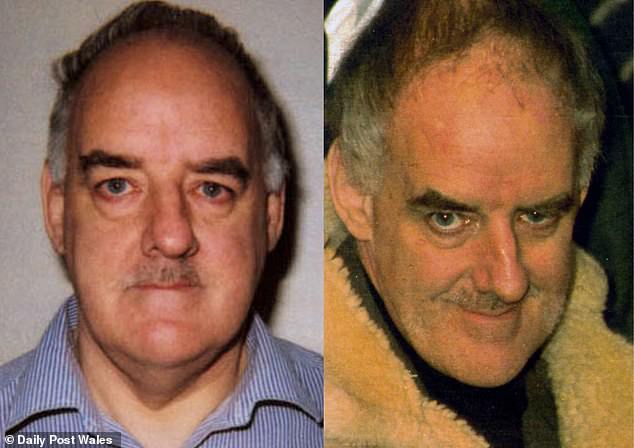 ‘He caused more damage than anyone else I’ve ever prosecuted. As the jury found he killed four people and later claimed to have killed a fifth – although that claim may have been vanity on his part.

‘It is rare for someone to be given a whole life tariff. That shows how dangerous he was.

‘It doesn’t totally exclude the possibility of him being given parole at some future date but I would be surprised if he was.

‘There were no mitigating factors.

‘There was something very unpleasant about him. He was an aggressive assaulter of gay men. He had a police truncheon hanging by a hook by his bed and it wasn’t for fighting off burglars.

‘At least one of the four men he murdered was not gay. He was just unfortunate to be in the wrong place at the wrong time.

‘When he was asked why he had killed that man, Moore replied, ‘For fun’. I’ve been at the bar for 50 years and never heard that in any other case.

Peter Moore, one of  Britain’s most notorious murderers launched an appeal in 2013, claiming that condemning him to spend the rest of his live behind bars without a review is cruel, inhuman and degrading.

Moore, along murderer Jeremy Bamber and two other killers, Douglas Vinter argued that they could not be told to die in jail because it breaches their human rights.

At first judges at the European Court of Human Rights disagreed but the Strasbourg-based court’s Grand Chamber agreed to hear a further appeal and backed the murderers’ legal bid.

Moore’s lawyer, Dylan Jones, has now written a book on his dealings with Moore.

END_OF_DOCUMENT_TOKEN_TO_BE_REPLACED

END_OF_DOCUMENT_TOKEN_TO_BE_REPLACED
Recent Posts
We and our partners use cookies on this site to improve our service, perform analytics, personalize advertising, measure advertising performance, and remember website preferences.Ok