Boots could become the latest casualty of Britain’s crisis-hit high street with 200 stores under review for possible closure, it has been revealed today.

The chain’s American parent, Walgreens Boots Alliance (WBA), last month warned it had suffered its ‘most difficult quarter’ since its formation and would need to take ‘decisive steps to reduce costs in the UK’.

While the news could come as a shot in the arm to independent and online retailers, it comes as blow to tens of thousands of workers across the UK.

The UK high street suffered one of its worst years in 2018 with several retailers shutting their doors and plaguing homes across the country with job losses.

And this year looks to be following a similar pattern, with the fashion brand L.K Bennett and Jamie’s Italian filing for administration. 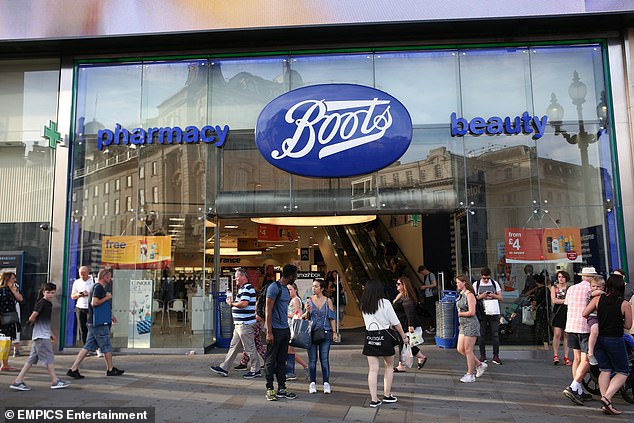 200 Boots stores across the UK have been placed under review. Some 60,000 staff are employed by the company

WBA has now placed more than 200 outlets under review for possible closure during the next two years, according to Sky News.

Sources told Sky today that while no decisions had yet been made, a ‘significant number’ of stores were likely to be shut.

At the same time, Walgreens – itself a large pharmacy chain in the US – said profits had been hit by tough competition and falling prices in the drugs market.

Stefano Pessina, the company’s chief executive, said: ‘While we are not the only company that has been impacted by the marked change in the environment, that’s not an excuse.’

Overall Walgreens said it now wanted to save £1.1billion by 2022 – up from its previous target of around £750million. 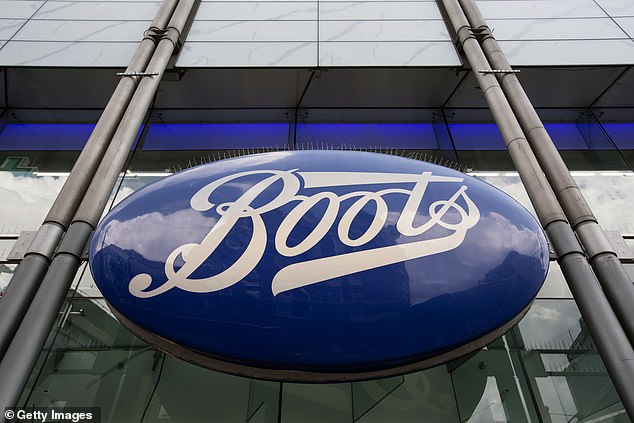 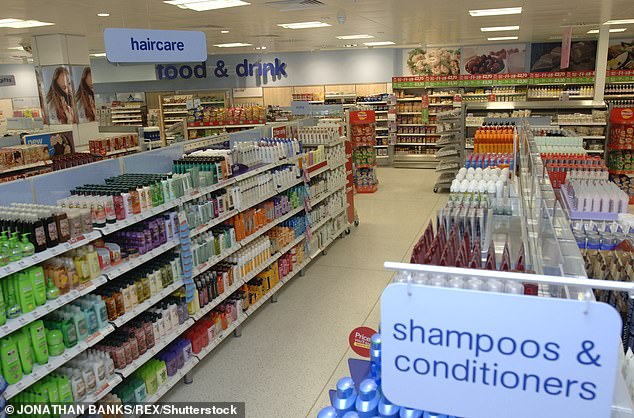 The chain’s American parent, Walgreens Boots Alliance (WBA), warned it had suffered its ‘most difficult quarter’ since its formation

Bloodbath on the High Street: How shops went from bustling to bust

2018 saw one of the worst years for the UK High Street with retailers shutting their doors and plaguing homes across the country with many job losses.

Crisis hit brands such as House of Fraser and Marks & Spencer fought to keep stores open while other retailers such as New Look pushed for a solution to stop store closures and job losses.

In 2018 nearly 85,000 retail jobs were lost in the UK as businesses continued to go bust as 1,000 retail business went into administration between January and September.

As well as this the number of retail outlets left empty was up by 4,400 in 2018 according to data from the Local Data Company.

High Street giant Gap has also announced it will close 230 stores worldwide as its US parent company launches a massive restructuring programme.

The pressure on High Street retailers has hit an all-time high as they continue to try and keep up with the ever growing popularity of online shopping.

Online retailers are able to keep prices low as they don’t face the massive rental costs of physical stores or the staff rates.

While retailers battle the rise in online shopping they are also being forced to battle Brexit, as many supply chain routes and whether or not they will be available in a no-deal scenario have put added cost worries onto retailers as many consider stock piling their items or not importing them at all.

The carpet retailer is closing 92 stores across the UK. These closures represent nearly a quarter of all UK Carpetright stores.

The UK’s largest toy shop went into administration in February 2018, leading to an estimated 2,000 redundancies.

The department store chain was on the verge of heading into administration but was rescued at the eleventh hour by Sports Direct owner Mike Ashley.

The electronics giant has gone bust, closing shops across the country and putting thousands of jobs at risk.

The baby and toddler chain is closing 60 shops across the UK putting up to 900 jobs at risk.

Poundworld announced it was going into administration on June 11 after talks with potential buyer R Capital broke down, putting 5,100 jobs at risk.

The retailer announced in May it plans to close 100 stores by 2022, putting hundreds of jobs at risk.

Orla Kiely, the Irish fashion retailer collapsed in September and closed all its stores after a slump in profits.

In December HMV entered into administration with its flagship London Oxford Street having closed earlier this year.

Fashion brand L.K Bennett announced it was filing for administration on March 1, 2019. Linda Bennett sent employees an email early in the morning to inform them of the news before it hit news outlets.