Boris blows out snack tax: Fury as PM dismisses dramatic anti-obesity plan put forward by his own food tsar- without even reading report

The PM said he would study a report published yesterday by his food tsar, Henry Dimbleby, but dismissed its headline recommendations out of hand.

He said he was not attracted to the idea of ‘extra taxes on hard-working people’. Mr Johnson’s comments triggered an immediate backlash from health experts.

Mr Dimbleby, the millionaire founder of restaurant chain Leon, had urged a tax on salty and sugary foods to reduce obesity.

The added costs could have added £3.4billion a year to shopping bills.

Asked about the recommendations yesterday, Mr Johnson said: ‘I will study the report. I think it is an independent report. I think there are doubtless some good ideas in it. I am not, I must say, attracted to the idea of extra taxes on hard-working people.’ 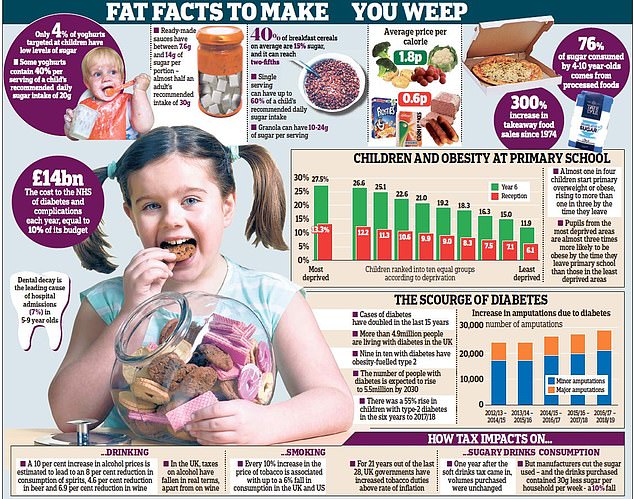 The National Food Strategy report commissioned by the Government recommends introducing the world’s first taxes on products high in salt and sugar.

The money gained could then be used to pay for GPs to prescribe fruit, vegetables and cookery classes on the NHS.

The tax would force manufacturers to reformulate their recipes or reduce portion sizes rather than increase costs for consumers.

No brown sugar! Mick rolls up to back levy

Sir Mick Jagger has voiced his support for the proposed new tax on sugary and salty food.

The Rolling Stones frontman, 77, praised the National Food Strategy proposals and said they would lead to a ‘big change for the better’.

Sir Mick, pictured, shared a link to the document on Twitter and wrote: ‘This report by @food-strategy has some interesting and far-reaching ideas that would mean a big change for the better in our food system and make us all healthier. I hope that these plans will be taken up by this Government.’

Contrary to the Stones’ hard-partying image in their heyday, the father-of-eight now follows a strict health regime and works out for three hours a day. His youngest child was born in 2016 when Jagger was 73. The rocker’s father Basil was a PE teacher who lived to 93 and taught him the value of regular exercise.

He called his father the ‘greatest influence’ in his life.

The super-slim Brown Sugar singer is understood to maintain his 28in-waist with a diet consisting mainly of chicken, fish, whole grains and fruit and veg. He has reportedly tried the Keto diet – a high-fat, low-carb regime.

Unilever has announced it will introduce carbon footprint labels on its products by the end of the year.

The British food, drink and toiletries giant, whose brands include Marmite, Pot Noodle and Sure anti-perspirant, said the move will make it easier for consumers to judge the impact of their purchases on the planet.

The footprint labels will be used in trials in Europe or North America and could be added to products in the UK by the end of 2022.

Sir Mick Jagger yesterday backed the tax, saying he hoped the plans would be taken up by the Government.

Britain has had a sugar tax on soft drinks since 2018 charged at 18p per litre, which has led to a cut in sugar in many products.

Mr Johnson’s rejection of the proposed new tax triggered a backlash from doctors and health campaigners, who said more must be done to fight obesity.

Tam Fry, from the National Obesity Forum, said: ‘It’s sickening that Boris Johnson appears to have dismissed the salt and sugar tax so quickly.

‘When he left hospital after his Covid scare he was like a new man on a mission to tackle the nation’s obesity crisis.

‘The tax proposals in the National Food Strategy presented him with a wonderful opportunity to make real and lasting difference.

‘The tax on sugary drinks has worked extremely well and extending it to other products is a no-brainer.

‘But, sadly, the Government appears to have buckled to the lobbying of industry in a flash.’

Ben Reynolds, from Sustain, the alliance for better food and farming, said: ‘What do we value more, cheap Frosties or our NHS?

‘Food companies have already explained they need an even playing field on this.

‘They need regulation in order to prevent those wanting to do the right thing being undercut by those who don’t.

‘The sugary drinks levy is working and has removed millions of kilos of sugar from our diets. The case to widen it to other produce is crystal clear.’

Caroline Cerny, from the Obesity Health Alliance, said: ‘In the past five years the Government has tried two approaches to persuade the food and drink industry to reduce sugar from their products.

‘The sugary drinks tax has been significantly more effective than asking companies to do this voluntarily.

If this government is serious about improving our nation’s health it should learn and build on previous successful approaches.’

Charmaine Griffiths, chief executive of the British Heart Foundation, said: ‘The Government’s bold obesity strategy is clear that a multi-pronged approach is needed to address this major public health issue – while progress continues on these commitments, this strategy’s recommendations must be considered as we look to drive down our stubbornly high obesity rates.’

Responding to the PM’s words yesterday, Mr Dimbleby denied that the proposals were for a new tax, but rather an incentive for manufacturers to reformulate their products.

He said he was ‘delighted’ that the PM was studying his report and said the time had come to take action. 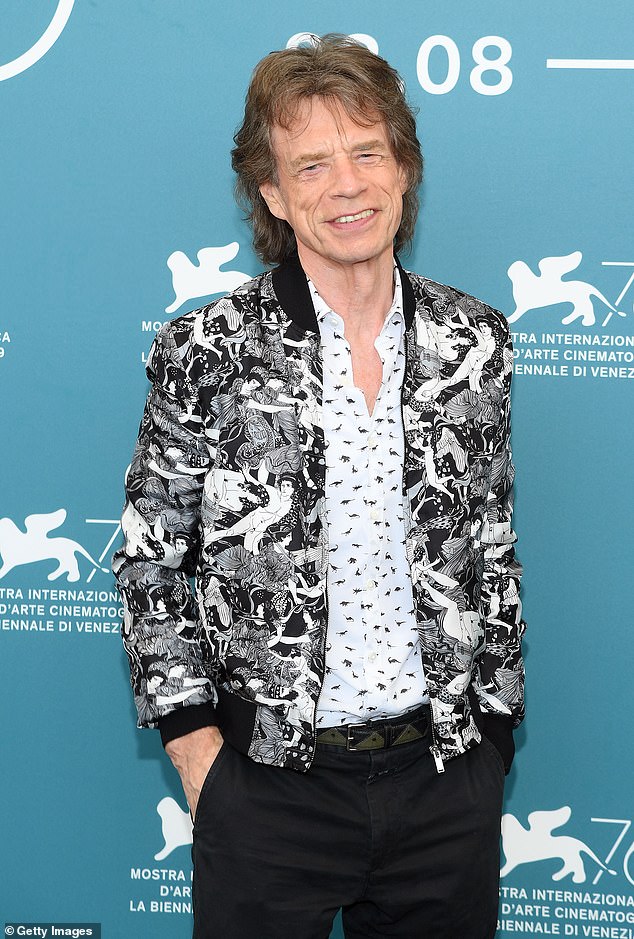 Sir Mick Jagger yesterday backed the tax, saying he hoped the plans would be taken up by the Government

A government source said: ‘There are some good recommendations in this report, but the PM has made it clear that some will never see the light of day.’

Speaking at a conference in 2019, he said: ‘I supported, in fact advocated, a sugar tax precisely because it was felt that it would lead to the reformulation of the amount of added sugar in fizzy drinks, not because it would put the price up per se.

And that’s exactly what’s happened. So when you look at the evidence of whether or not the sugar tax has worked, the answer is: it has.’

If it wasn’t for a charity ‘food club’ which allows her to buy cheap healthy meals, Amanda Ingram says she would probably rely on junk bulk buys to feed her three daughters.

The 40-year-old from Ramsgate, Kent, is a member of Our Kitchen on the Isle of Thanet, a club which runs subsidised shops.

She said: ‘A punnet of strawberries costs £2 or so in the supermarkets and with three children, it is gone in one night. If I couldn’t get berries, bananas and grapes cheaper through the charity, they would be too expensive. 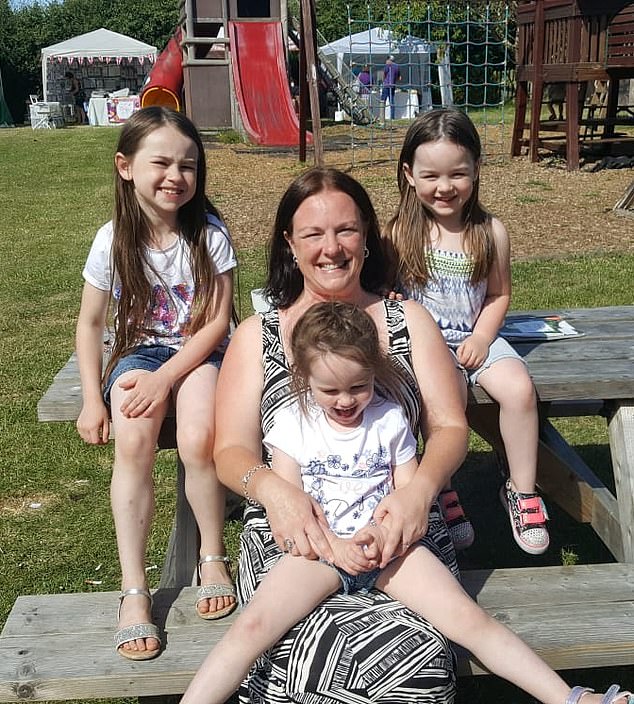 If it wasn’t for a charity ‘food club’ which allows her to buy cheap healthy meals, Amanda Ingram says she would probably rely on junk bulk buys to feed her three daughters

‘I want my children to eat healthily but I can understand why so many people have to go down the route of carb-heavy products like fries and nuggets – they simply provide more meals per pound than the fresh stuff.’

The single mother had mixed feelings on the sugar tax. ‘If it helps turn people away from the cereals we all know about which are full of sugar, then that is a good thing’, she said.

‘But children love sweets and chocolate and I think it is unfair if poorer people are penalised for wanting to treat their children.’

She added: ‘If healthy food was cheaper then more people would choose it. Most parents want to do right by their children.’

Sharon Goodyer, 70, founder of the food club, backed the proposed sugar tax, adding: ‘Anything that helps people make the right choice must be a good thing.

‘As it is, it is too easy for the supermarkets to take advantage by bulking meals out with sugar, salt and fat –which makes them more addictive to shoppers.’