Tory MPs are fuming over how the Conservatives apparently threw away a lead to Labour in the Batley & Spen contest last week.

That came just two weeks after being humiliated by the Liberal Democrats in the ‘true-blue’ Home Counties seat of Chesham and Amersham.

The MPs have suggested that Ms Milling is replaced by a ‘bruiser’ figure such as Energy Minister Anne-Marie Trevelyan or Kit Malthouse, the Crime and Policing Minister. 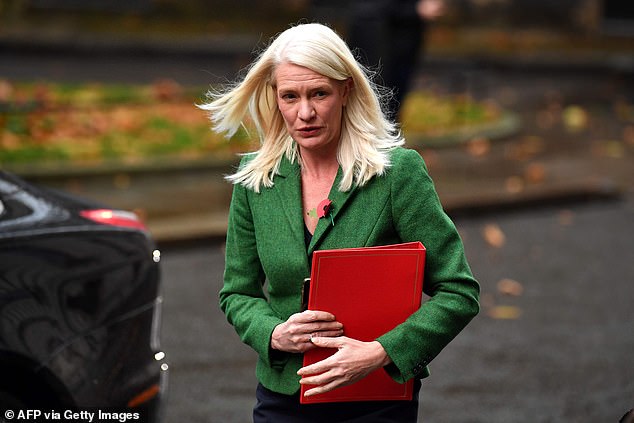 One senior backbencher said: ‘We can’t have a situation, as we did in Batley, where we send the PM to a by-election campaign less than a week before polling day and then lose the bloody contest. It is simply not on.’

However, other Tories have sprung to Ms Milling’s defence, saying Mr Johnson’s failure to sack Health Secretary Matt Hancock immediately was partly why Labour defied the odds to hold on to Batley.

Ms Milling has herself said the issue of Mr Hancock had come up on the doorsteps last weekend.