Braverman ridiculed for going to immigrant centre in helicopter

‘Are we starting a war with Manston?’ Suella Braverman is ridiculed by Asda chief on Question Time for going to crisis-hit Kent immigration centre in a Chinook

Suella Braverman has been slammed for travelling to the crisis-hit immigration centre in Manston, Kent, by helicopter.

The Home Secretary visited the overcrowded centre yesterday in hope of getting a grip of the ongoing Channel migrant crisis.

But she has come under fire for travelling in an RAF Chinnook to the site – a military aircraft that costs £3,500 per hour to fly, according to the UK Defence Journal.

‘What sort of message does that send to anybody, are we starting a war with these people down in Manston?’

The Home Secretary was met with boos, jeers and whistles as she stepped off the Chinook wearing a Top Gun-style pilots’ helmet.

In recent days Mrs Braverman has come under mounting pressure over the conditions at the immigration centre, which has led to outbreaks of diphtheria, MRSA and violence.

At one point there were 4,000 people being detained for weeks at the site that was only meant to hold 1,600 people for a few days at a time.

Campaigners are now threatening legal action against the Home Secretary over the conditions and the unlawful treatment of those at the centre. 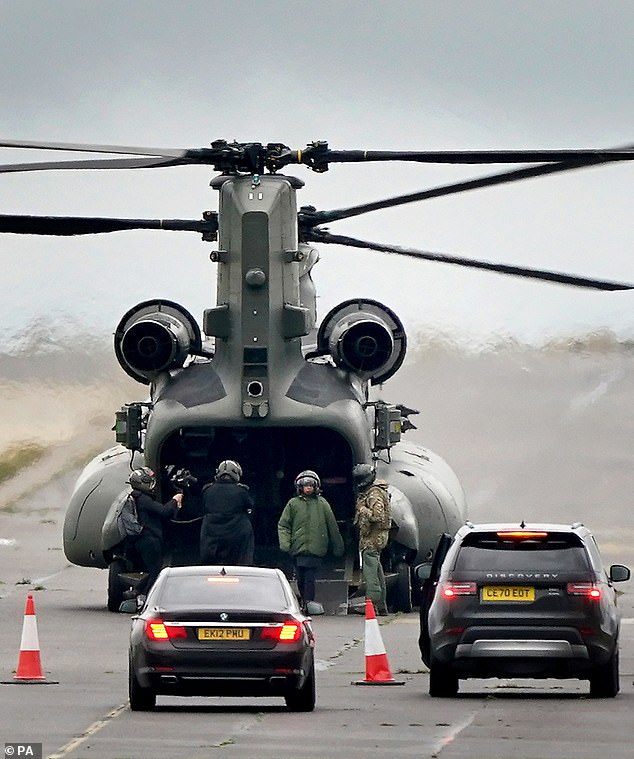 Mr Rose went on to criticise the language used by Mrs Braverman after she claimed there was a migrant ‘invasion’ on the south coast and that illegal migration in the UK is ‘out of control’.

He said: ‘How do we ever allow a person to do that. How does she speak with such dangerous language about the problem.

Mr Rose also claimed that his immigrant parents would probably not be able to enter the UK today.

He added: ‘Immigration has been around for thousands of years. People come here, mostly it’s economic migration because people who have no food, no water, no education no prospects for their children, no way of bettering themselves want to come to a better place. 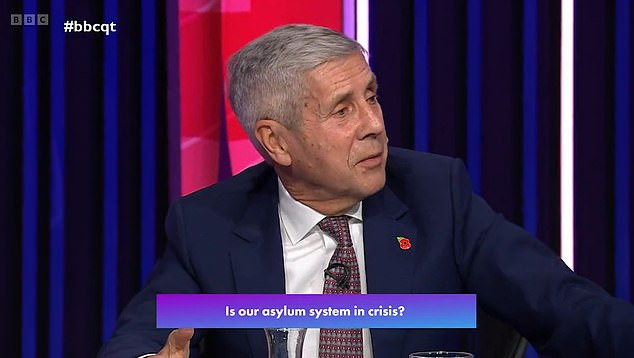 Last night on BBC’s Question time, Asda chief Stuart Rose criticised the Home Secretary for choosing a military vehicle to arrive at the overcrowded immigration centre. He said: ‘What sort of message does that send to anybody, are we starting a war with these people down in Manston?’

‘We’ve had everybody here and now we have got these people.

‘There are always people in that migration, people who are going to game the system. But we have to be, if we are a caring, rich country, and if we are apparently the fifth richest economy in the world, even with our recession, sixth, we have to accept that it’s part of our duty.’

Downing Street has defended Mrs Braverman’s use of a military helicopter. 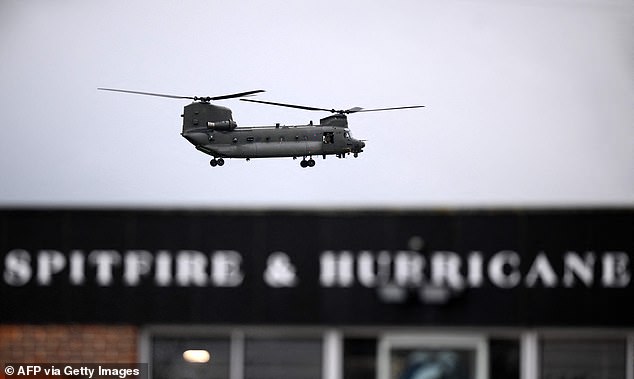 A No10 spokeswoman said: ‘The Home Secretary was in Dover to receive an update on operations on the ground. That obviously involved operations in the Channel.

‘She travelled on a military aircraft to see the area of operations at sea.’

During the helicopter journey, Dan O’Mahoney, Border Force’s clandestine threat commander, was said to have pointed out locations to Mrs Braverman where migrants’ small boats are brought to shore.

The visit comes after ministers admitted the Manston facility is not operating legally, due to its overcrowding and disease control.

After arriving at the centre, Mrs Braverman was shown some of the tents that had been set up for migrants to live in as well as the catering facilities and mobile shower blocks.

Natalie Elphicke, the Tory MP for Dover, accused Mrs Braverman of fialing to meet with local MPs or council leaders upon her trip to Kent.

She said: ‘The small boats crisis is not just in the migrant processing facilities, it is on our Kent beaches, schools, services and housing.

‘It’s a great pity that the Home Secretary wasn’t able to meet with Kent MPs and Kent council leaders to discuss firsthand the serious local impact of this issue which Kent leaders have described as at “breaking point”.’ 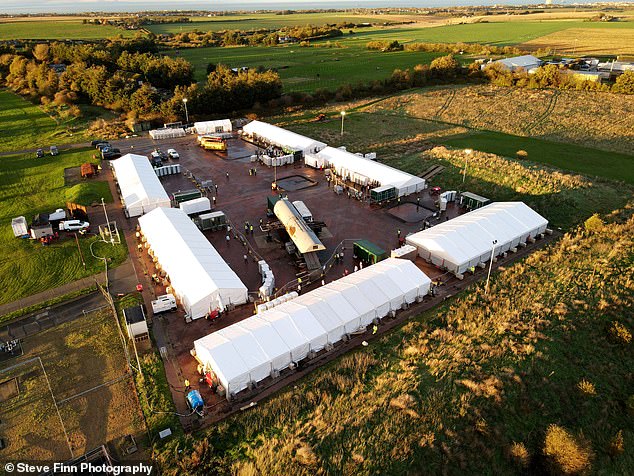 Yesterday a spokeswoman for the Prime Minister Rishi Sunak said the new leader was receiving twice daily updates on the situations at the centre.

The Home Office said steps were being taken to bolster the 24/7 medical facilities already on-site, as well as to provide extra bedding, improved catering facilities and more activities to support migrant welfare, including for children.

Mrs Braverman said after her visit: ‘I wanted to see first-hand how we’re working to reduce the number of people in Manston, support people there, and thank staff for all their efforts.

‘I am incredibly proud of the skill and dedication shown to tackle this challenging situation here on a daily basis.

‘This is a complex and difficult situation, which we need to tackle on all fronts and look at innovative solutions.

‘To break the business model of the people smugglers, we need to ensure that the illegal migration route across the Channel is ultimately rendered unviable.’

Downing Street said the number has since reduced to 2,700, after more than 1,000 were moved in the last few days, and that the Prime Minister was receiving twice daily updates on the situation.