LONDON (Reuters) – Boris Johnson, who has pledged to deliver Brexit on Oct. 31, surged closer to power on Thursday, winning by far the most support from Conservative lawmakers in the first round of the contest to replace Prime Minister Theresa May.

Three years since voting 52%-48% to leave the European Union, the United Kingdom is heading toward a possible crisis over Brexit as most of the candidates vying to succeed May are prepared to leave on Oct. 31 without a deal.

While parliament has indicated it will try to stop a no-deal Brexit, which investors warn would hurt financial markets and the world economy, some of those running say it may be the only way for Britain to leave the bloc without further delay.

Johnson, the face of the official campaign to leave the European Union in the 2016 referendum, won the support of 114 Conservative lawmakers in the first round of the contest to replace May. A total of 313 lawmakers voted.

“Thank you to my friends and colleagues in the Conservative & Unionist Party for your support. I am delighted to win the first ballot, but we have a long way to go,” Johnson said on Twitter.

Betting markets give Johnson, who has a long record of scandals and gaffes, a 70% probability of winning the top job.

Johnson, a former London mayor and foreign minister, has spent weeks wooing Conservative lawmakers, staying out of the spotlight with a low-key campaign at odds with his flamboyant publicity stunts of the past.

But his spokesman, while celebrating a higher-than-expected number of supporters, said there was still “a long way to go in the contest and you have to hold the numbers to go into the next rounds and that’s the challenge”.

The second round is due on June 18 with further ballots planned for June 19 and June 20 until there are just two candidates. A postal ballot of the wider Conservative Party membership will then be held to pick a leader.

A new prime minister should be chosen by the end of July. There had been speculation that the contest could be accelerated due to Johnson’s strong lead but there was no immediate sign of rivals bowing out of the race.

Some were quick to make veiled warnings about the frontrunner. 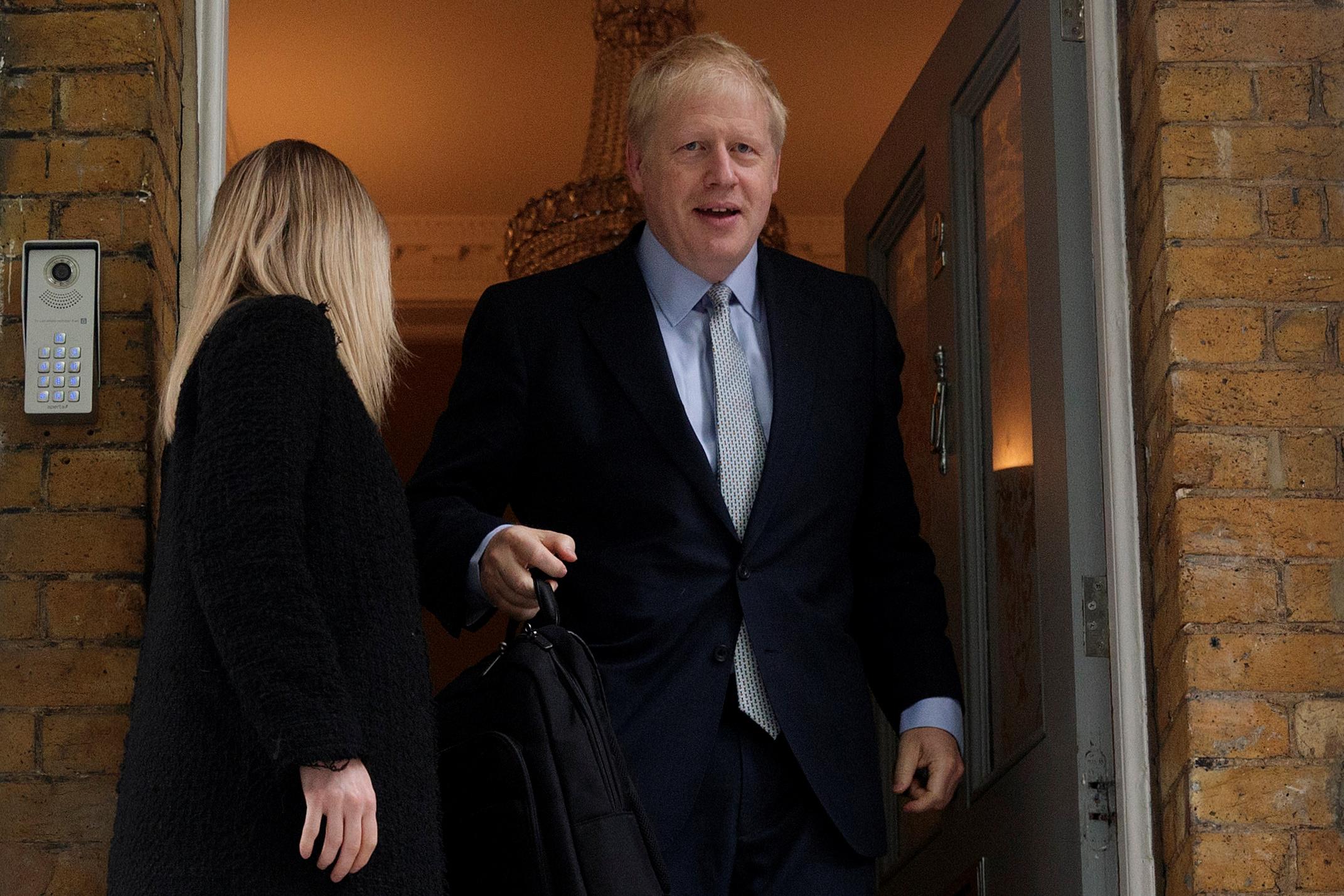 Hunt, who has pitched himself as a unifier of both Brexit-supporting and pro-EU Conservatives, warned members of the party that “the stakes have rarely been higher for our country”. “This serious moment calls for a serious leader,” he tweeted.

Stewart, who has criticized Johnson for making promises on Brexit he cannot keep, voiced optimism about his campaign: “This is amazing – we’re getting some real momentum here … It’s increasingly clear it’s me against Boris. And let’s win.”

Finance minister Philip Hammond, who has not publicly endorsed a candidate, wrote on Thursday to all remaining leadership contenders to urge them to stick to existing budget rules until at least the next scheduled election in 2022.

Johnson kicked off his official campaign on Wednesday with a pledge to lead Britain out of the European Union on Oct. 31 and a warning to his divided Conservative Party that “delay means defeat”.

“After three years and two missed deadlines, we must leave the EU on October 31,” Johnson, 54, said then. “I am not aiming for a no-deal outcome.”

Johnson, whose unconventional style has helped him shrug off a series of scandals in the past, has won over much of his party by arguing that only he can rescue the Conservatives by delivering Brexit.

He argues that if Britain is prepared for a no-deal Brexit, the EU will bend to his argument to remove the so-called Northern Irish backstop to prevent a return to a hard border with Ireland if there is no agreed future trade deal. 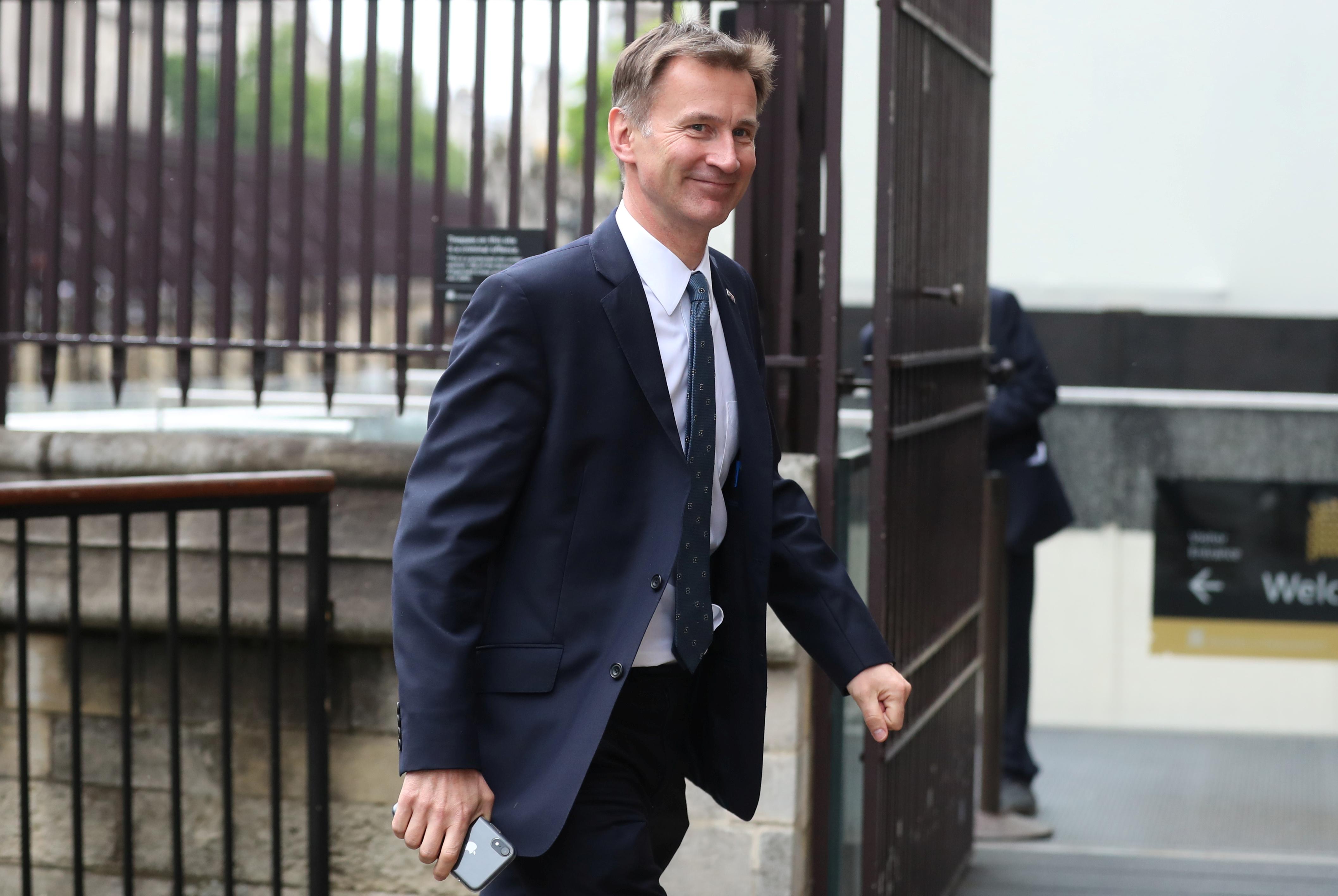 But the EU has refused to renegotiate the Withdrawal Agreement reached with May last November and Ireland has said it is not willing to change the backstop.

On Wednesday, the European Commission said: “In light of the continued uncertainty in the United Kingdom … and the overall domestic political situation, a ‘no-deal’ scenario on 1 November 2019 very much remains a possible – although undesirable – outcome.”