A restaurant owner who has seen thousands of customers cancel their Christmas Eve bookings has said she has been left with a ‘handful’ of reservations on what should be her businesses’ busiest week of the year.

Up to last week they had seen 3,200 cancellations – a number which has now risen even further meaning they are set to lose out on thousands of pounds over the festive period.

Cancellations due to Covid fears has left the family-run chain with just a ‘handful’ of bookings across their four restaurants.

Weeks ago their Christmas Eve diary had been fully booked, but now Bar 44 will be getting less than half the customers they had originally expected.

It comes as businesses across the UK have seen takings plummet due to Christmas festivities being scaled back amid fear over the spread of Omicron. 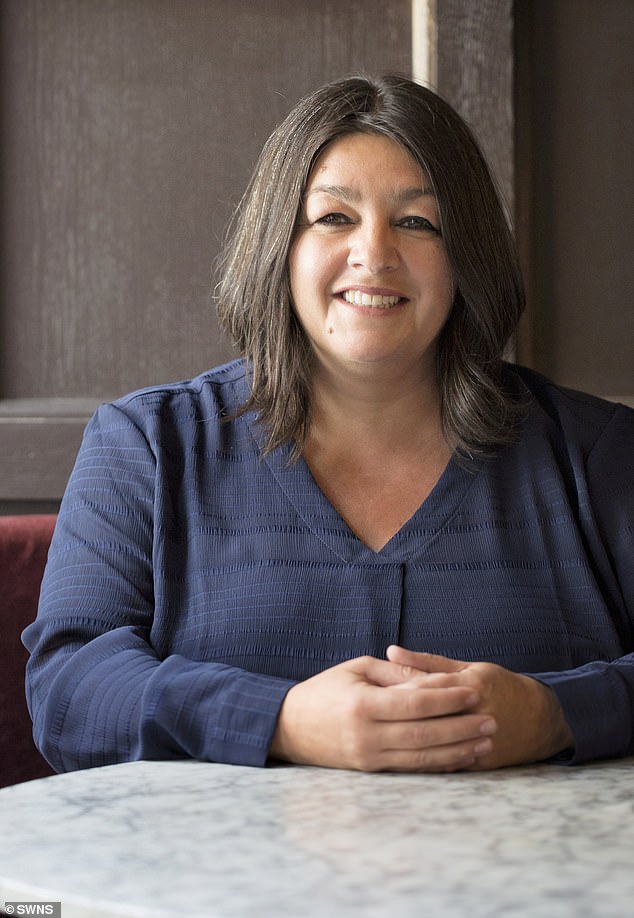 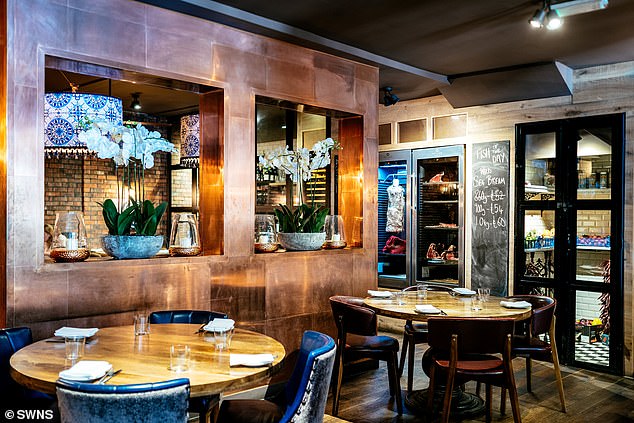 Wider figures from hospitality leaders suggest festive takings will fall by up to 40 per cent in December. Pictured: An empty Bar 44 in Bristol

Natalie, the Director of 44 Group, said: ‘In the hospitality industry, we’re fighting battles on so many fronts we don’t know which way to turn.

‘Last week we had 3,200 bookings cancelled, and we have had loads more since then.

‘It’s really tough, we completely understand the situation with public health at the moment and that people are isolating or being careful.

‘We’ve jumped through hoops to have been open at all since March 2020 – masks, QR codes, social distancing – this can’t continue indefinitely.

‘We’re a family-run business and our staff rely on us – in this position, the worry never really leaves your head.

Industry experts feared the Government’s increasingly alarmist messages surrounding the Omicron mutant strain are affecting customer confidence over what should be a peak period for pubs, bars and restaurants.

Festive takings are expected to fall by up to 40 per cent in December – crippling venues that survived by a thread during previous lockdowns.

Natalie told how her four restaurants in Bristol, Cardiff, Penarth and Cowbridge are normally fully booked on the run-up to Christmas.

In fact, a few weeks back they were – but now just ‘a handful of bookings’ remain after many groups, including large corporate reservations, cancelled their tables. 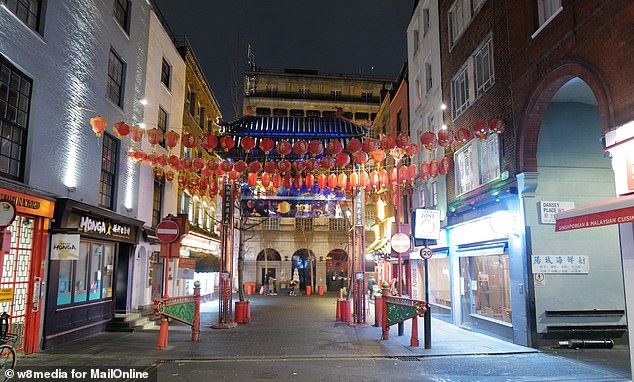 She said their Cardiff branch would normally see more than 400 people booked to wine and dine on Christmas Eve – but this year, just 60 people are due to come.

Worried Natalie said: ‘Weeks ago, we were fully booked for that date – now we’re going to be virtually empty.’

She estimated their takings are more than 60% down on where they would expect to be at this time in the year.

But another big issue for the family-run chain is people ‘assuming you know they’ve cancelled’ without letting the restaurant know – meaning money goes down the drain when stock goes to waste.

She explained that the bumper takings in a regular December would cover the quiet spell over January and February – but says this year they won’t have much to fall back on.

Economists have now estimated that restrictions in place across the UK have already cost the hospitality and retail sectors £2.7billion this month.

An analysis by the Centre for Economics and Business Research has found that bars and nightclubs would lose £450million in earnings on New Year’s Eve alone if they are forced to close, while Government limits on family events on December 31 could take a further £100million out of the economy.

Natalie said: ‘The worry genuinely never leaves your head – and now we’re worried about whether we’re heading into another lockdown.

‘We have staff who rely on us and they’re losing hours because we don’t have the customers, it’s really hard.

‘We’d love to say we’ll cover your full wage but we’re not a big enough company to do that – our cash reserves are way down.

‘At this point it’s about trying not to go into a loss-making situation.’

But Natalie has hope that with the new year there will be new opportunities to claw back their losses and move forward as a business.

She said: ‘The hospitality industry really is amazing.

‘It’s a very adaptive and creative industry and try to come up with innovative ways to bounce back.

‘But at the moment, there are a lot of very worried people, including us.’

What financial support is now available for firms?

The Treasury has announced £1 billion of financial support for hospitality and leisure firms affected by the spread of the Omicron variant of Covid-19 in recent weeks. Here is what support is available for firms:

The Treasury has allotted £683 million of funding for targeted grants for hospitality and leisure businesses in England. Businesses will be eligible for one-off grants of up to £6,000 per premises, the Government said.

There will also be £102 million of funding made available for further grants, to be given by local authorities to other businesses affected by the pandemic. This further funding is likely to made available to areas such as retailers, suppliers and landlords of affected firms. About 200,000 businesses will be eligible for business grants which will all be administered by local authorities and will be available in the coming weeks.

The Government has said it will also cover the cost of statutory sick pay for Covid-related absences and medium-sized employers across the UK. This will be handed out through the reintroduction of the Government’s statutory sick pay rebate scheme (SSPRS). The scheme reimburses firms with fewer than 250 employees with up to two weeks of Covid-related sick pay per employee. Firms will be eligible for the scheme from Tuesday and be able to make claims retrospectively from mid-January.

About £30 million of further funding will also be made available through the Culture Recovery Fund, enabling arts and culture organisations to access funding over the winter.

– Elsewhere in the UK

However, these reliefs will both have limited benefit for larger operators, with next year’s relief capped at £110,000 per business.

The Chancellor has also highlighted the rate of hospitality VAT, which at 12.5%, is lower than the 20% rate before the pandemic, although this increased from 5% in October.

Pub bosses have also said that VAT support only has a limited benefit when takings are heavily reduced, and no benefit when closures take place.