Home » World News » Brit, 31, fighting for his life after smashing his head when trying to jump from balcony to swimming pool in Spain

Brit, 31, fighting for his life after smashing his head when trying to jump from balcony to swimming pool in Spain

A BRIT, 31, has been left fighting for his life after trying to jump from a balcony to a swimming pool in Spain.

The man smashed his head when he plunged from the third floor of a holiday apartment in San Pedro de Alcantara, near the popular tourist resort of Marbella. 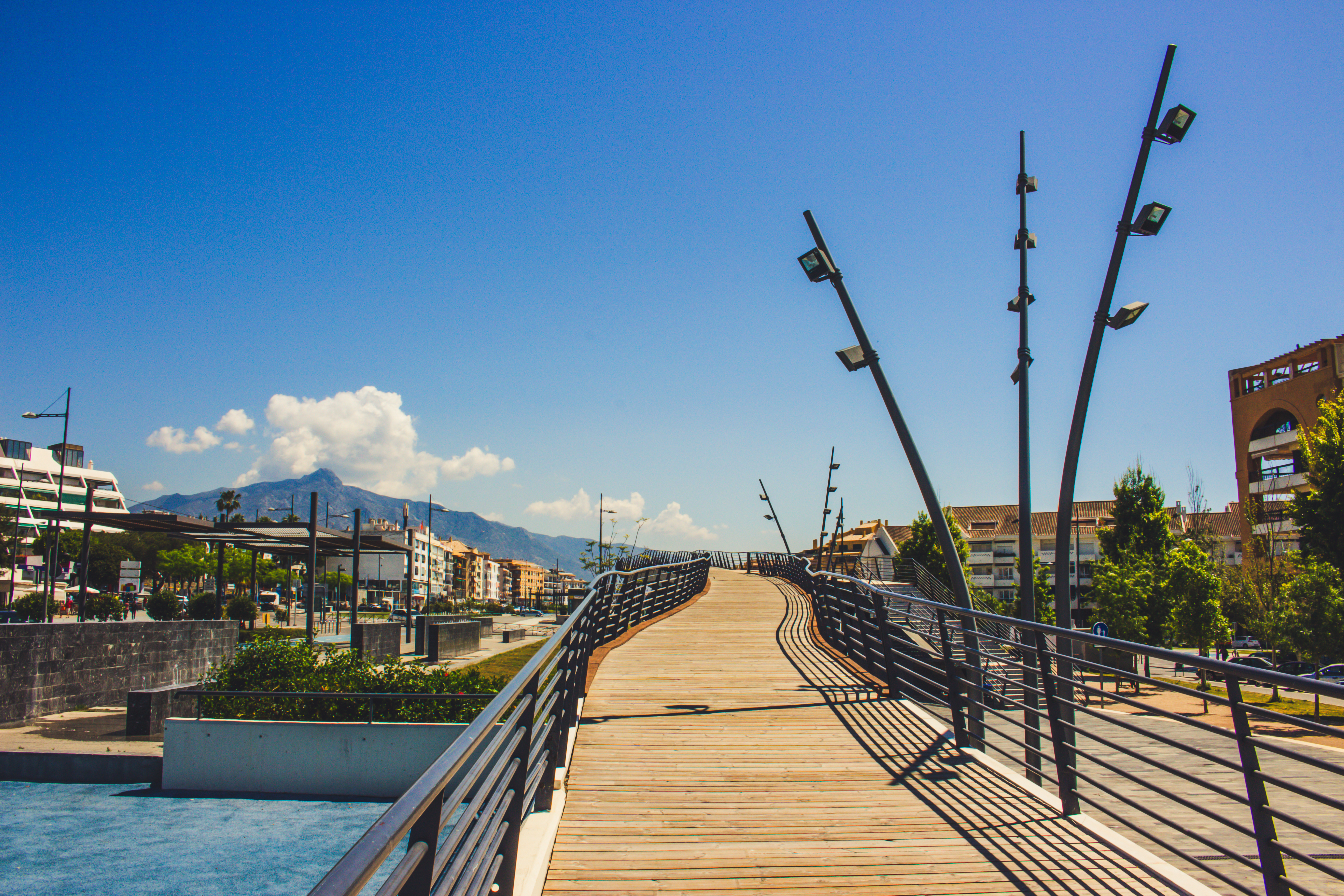 The incident happened around 7pm on Monday.

He is said to have been rushed to hospital with a severe head injury and damage to internal organs as well as multiple fractures.

Local reports said he had tried to jump into the swimming pool below the third-balcony during a party with friends, a practice known as "balconing."

Malaga-based newspaper Sur said he missed the water and instead hit a sunshade next to the pool before crashing to the ground.

Emergency responders spent nearly 40 minutes stabilising the injured man at the scene before he was taken by ambulance to the Costa del Sol Hospital a 20-minute drive away. 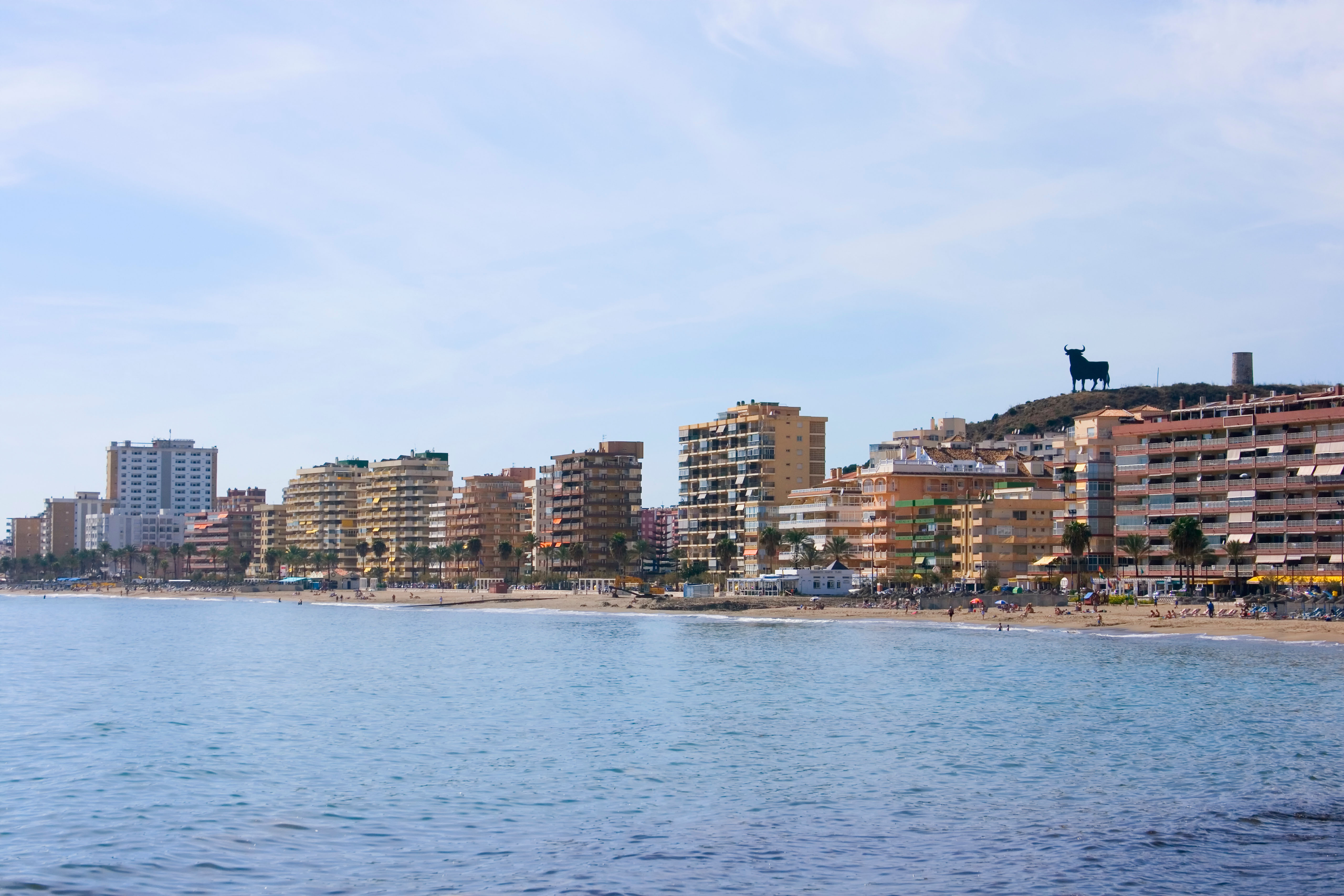 He was subsequently transferred to another hospital in Malaga and admitted to intensive care.

Balconing is the term given to the practice of either trying to climb on to balconies or from one room to another or to try and jump or dive into a swimming pool below.

It has become a common practice especially in holiday destinations such as Spain, with local authorities issuing warnings several times.

In 2019, Spanish police handed fines to three holidaymakers in Magaluf after they launched themselves from balconies into a swimming pool.

The fines are between £530 and £1,300 and can also apply to anyone who encourages a friend to have a go at balconing, either to jump into a swimming pool or gain access from one room to another. 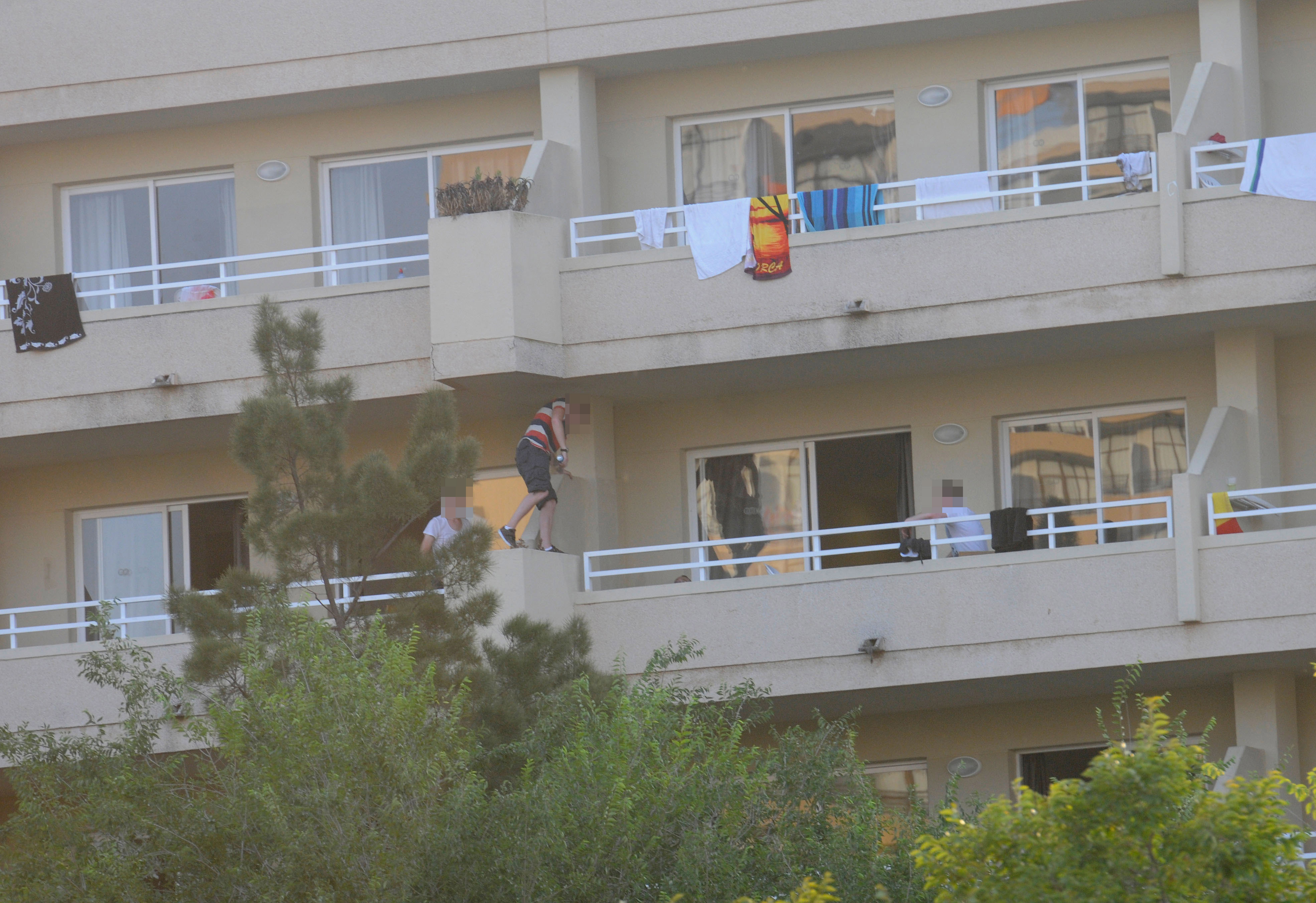 The same year a young Brit Freddie Pring, 20, died after falling from a Magaluf balcony during a lad's holiday.

The rugby player was found lying on the ground close to death near a tobacco shop after falling from the second floor of the Wave House Hotel.

Despite the efforts of the police and emergency services he passed away at the scene.